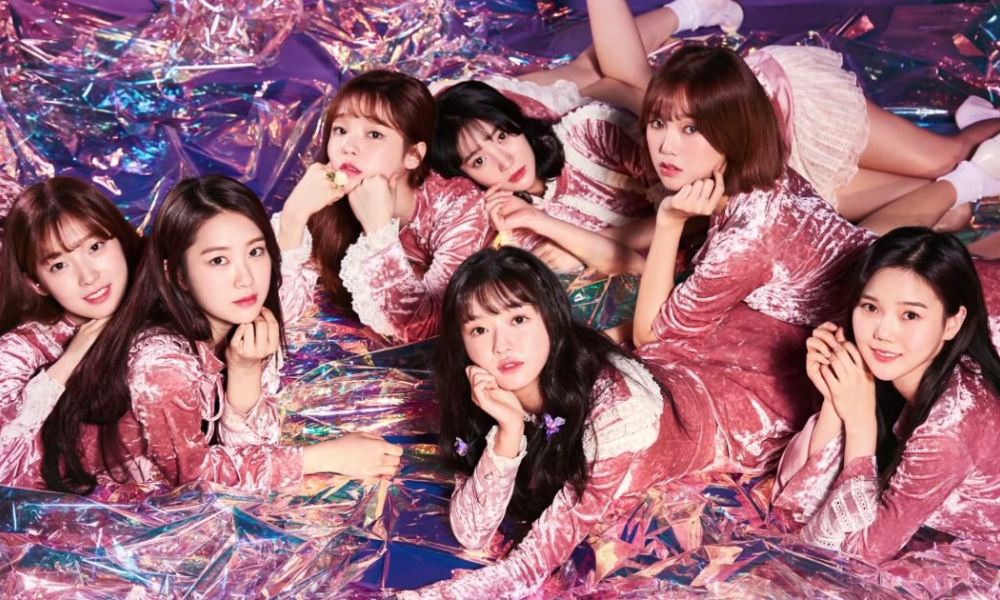 The Ladies Of The Secret Garden: 7 Reasons To Stan Oh My Girl

Oh My Girl has been around in the K-pop industry for more than two years now, and they easily find their way to their listeners’ hearts with their catchy songs, powerful visuals, great variety skills, and lovable personalities.

Their latest single, “Secret Garden” is a great addition to their growing list of amazing comebacks, and if you haven’t yet gotten to know the girls better, here are a few things you should know about them!

Watch out, it’s easy to become addicted to Oh My Girl!

Oh My Girl debuted in 2015 under WM Entertainment as a sister group of B1A4. Members Hyojung, JinE, Mimi, YooA, Seunghee, Jiho, Binnie, and Arin first appeared on “The Show” on April 21, 2015 with their first single “Cupid.” The group’s second mini album with the title song “Closer” was released in October, and the third EP, “Pink Ocean,” was their first comeback of 2016. Both the title track “Liar Liar” and the pre-released single “Step By Step” — produced by B1A4’s Jinyoung — became fan favorites.

The repackage album “Windy Day” was introduced in May, and the girls even released a special summer album with remake songs including Papaya’s “Listen To My Word (A-ing).” Oh My Girl held their first solo concert in August, and the fans went crazy; tickets were sold out in under three minutes. JinE went on hiatus in the same month, and due to health issues, she officially left the group in October 2017.

The girls promoted their fourth EP “Coloring Book” in 2017, and their latest mini album “Secret Garden” came out on January 9, 2018.

The current line up of Oh My Girl consists of seven members: Hyojung, Mimi, YooA, Seunghee, Jiho, Binnie, and Arin.

Hyojung is the leader and lead vocalist of the group. She’s known for her bright, never-ending smile and as the female lookalike of ZE:A’s Dongjun. Mimi is the rapper of Oh My Girl, and her husky voice leaves everyone in awe. Don’t be fooled by YooA’s doll-like face; the girl is a powerhouse when it comes to dancing. She participated in “Idol Drama Operation Team,” where she became part of the idol group Girl Next Door. Seunghee’s vocals will probably take your breath away, and her variety skills and lively personality make it really easy to fall for her.

Jiho’s visuals are astonishing, and you can recognize her from the music video of B1A4’s “Sweet Girl.” She’s a vocalist of the group, just like Binnie. Binnie was a child model and actress, and you can easily spot her in Oh My Girl’s videos with her beautiful short hair. The youngest of the group is Arin, and nobody can resist her cuteness. Even EXID’s Hani is a big fan of her.

They are full of talent

The Oh My Girl members have blessed us with many opportunities to see their talents, and they never hesitate to show us unique performances.

Take Hyojung and Seunghee’s rendition of “Someone Like You” as an example!

Seunghee was part of the reality show “Girl Spirit”; she snatched second place, and we got to see her in many exciting concepts.

YooA appeared on “Hit The Stage” with U-Kwon, and she totally slayed!

They shine with every concept

Oh My Girl’s versatility is noticeable once you take time to watch their music videos and live stages! They appeared as cute girls in “Cupid” and showed their dorky fun side with “Liar Liar,” but “Closer” and “Secret Garden” showed us perfectly just how mature and elegant they can be. They have so much potential in this area, and we can’t wait to see them in more exciting concepts!

The choreographies are magnificient

Not only are their choreos great to watch, there are also some really clever moves and magical transitions between members. The “Zodiac” dance of “Closer” is probably the most memorable; the girls take the form of different zodiac signs during the song. Impressive, right? You can spot these signs in their “Overhead Choreography” video!

Their level of cuteness is too high

Oh My Girl’s been showering us with cute photos and videos, and their dorkiness was clear to see during their appearance on “Weekly Idol,” too! They definitely have a different kind of charm here.

They can be extra AF

The girls surely know how to play around and they are not afraid to show their craziness! Their version of “Nobody” and “Gee” is just way too relatable.

They even debuted as “Oh My Boy” for April Fools’ Day. That’s what I call extra!

Their covers are amazing

Oh My Girl spoiled their fans with numerous dance and vocal covers of other K-pop artists’ songs, and that’s just another reason to love them: they do an amazing job every time!

Their dance cover of Girls’ Generation’s “The Boys” is a must see!

Make sure to check out Oh My Girl, special MCs (with MONSTA X) for the 13th Annual Soompi Awards!

What do you love most about Oh My Girl? Let us know in the comments below!

Oh My Girl
Soompi Spotlight
How does this article make you feel?