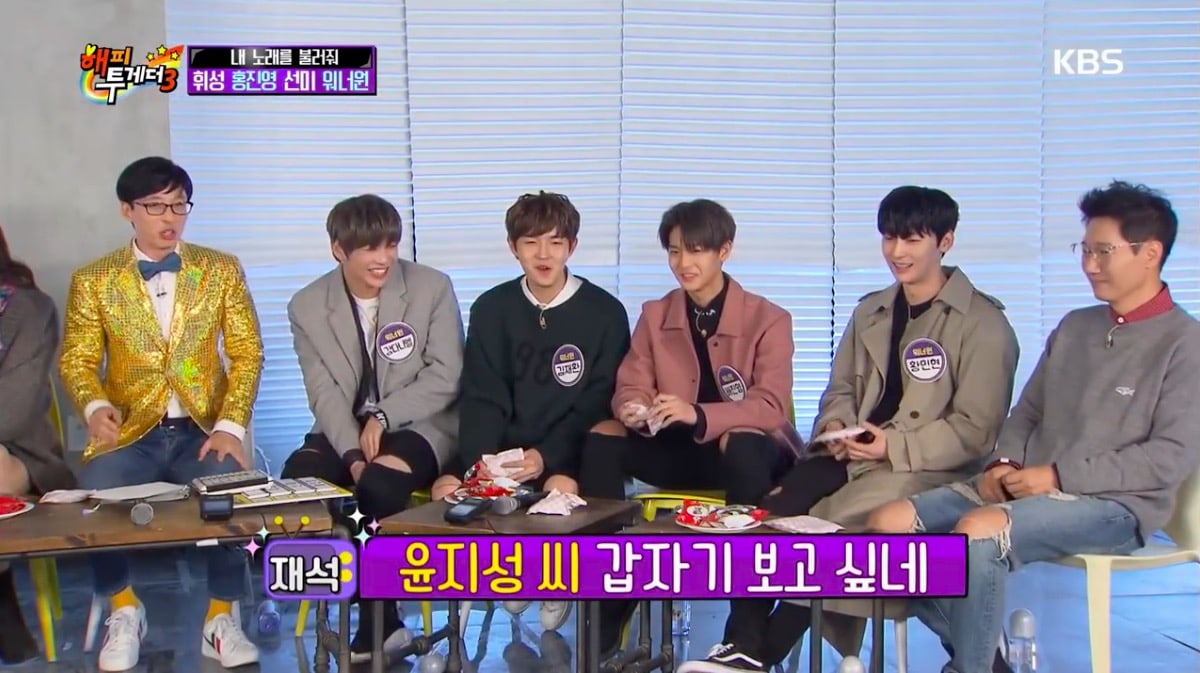 Wanna One’s Bae Jin Young had everyone laughing when he shared some characteristics of his fellow members on “Happy Together”!

Members of Wanna One continued their guest appearance on “Happy Together” in the January 18 episode, with Bae Jin Young, Kang Daniel, Hwang Min Hyun, and Kim Jae Hwan appearing on the show.

The hosts asked Bae Jin Young to describe some of the unique characteristics of the members of Wanna One, and he began with Kang Daniel. Bae Jin Young cracked Kang Daniel up when he began by saying, “He looks very sturdy on the outside, but he’s really like an elementary school student.”

“His standard for what makes him laugh is really low,” he continued. “We don’t have the same sense of humor.” Kang Daniel laughed, and agreed that he doesn’t find the same things funny as Bae Jin Young. 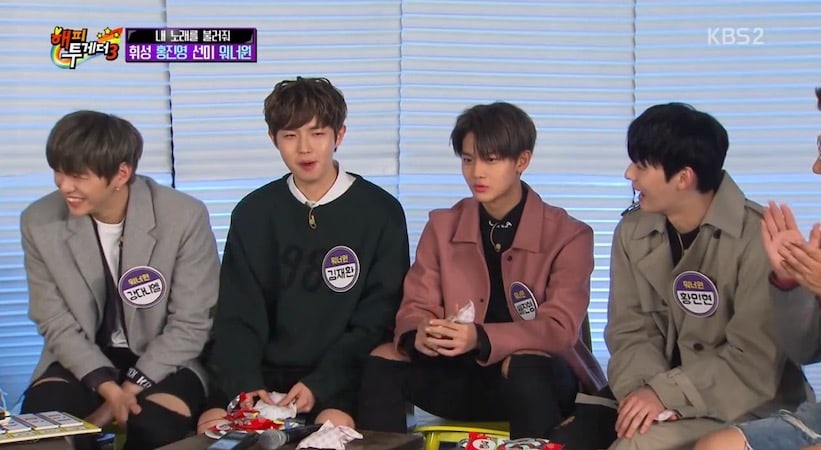 Hwang Min Hyun explained that he likes showing affection for the other members. “I do it because he’s very cute,” Hwang Min Hyun added. “But it looks like it makes him uncomfortable.” 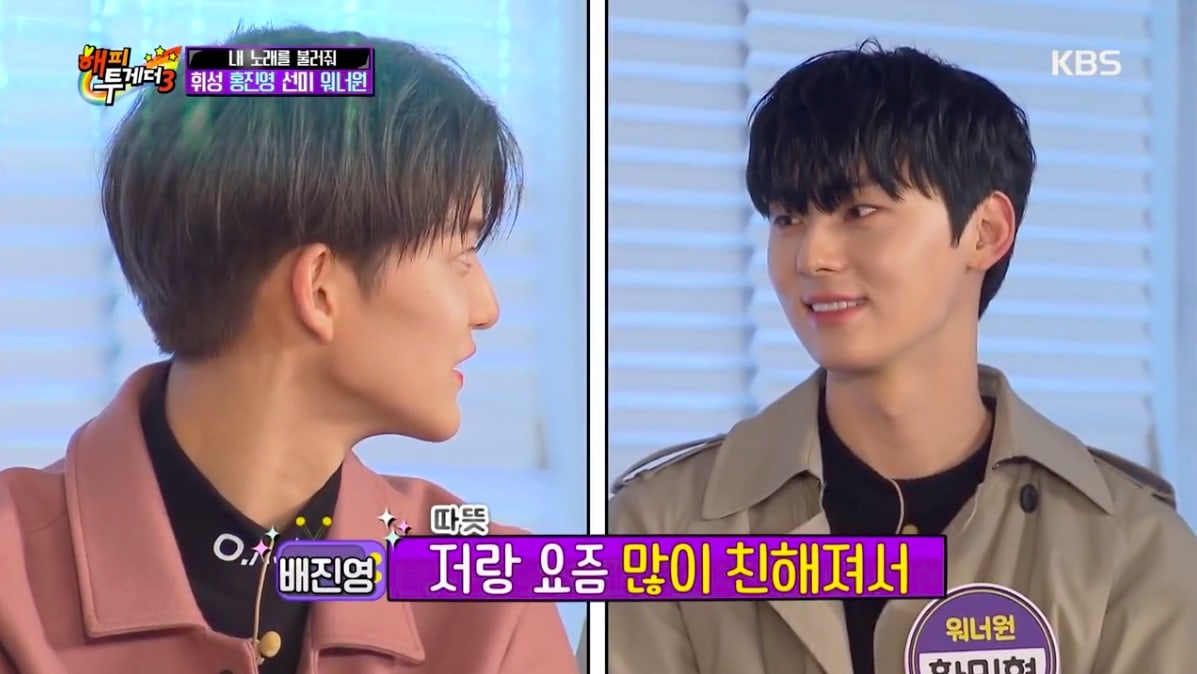 When asked about Kim Jae Hwan, Bae Jin Young replied, “He’s old-fashioned. He’s really… how should I explain it? He’s like a school principal.” He added that Kim Jae Hwan speaks in a formal way.

The hosts then asked Kim Jae Hwan to describe Bae Jin Young in return. “Our members often say that Jin Young is mutinous,” he replied. Hwang Min Hyun explained, “He’s very relaxed in the way that he acts with us, despite the big age difference.” 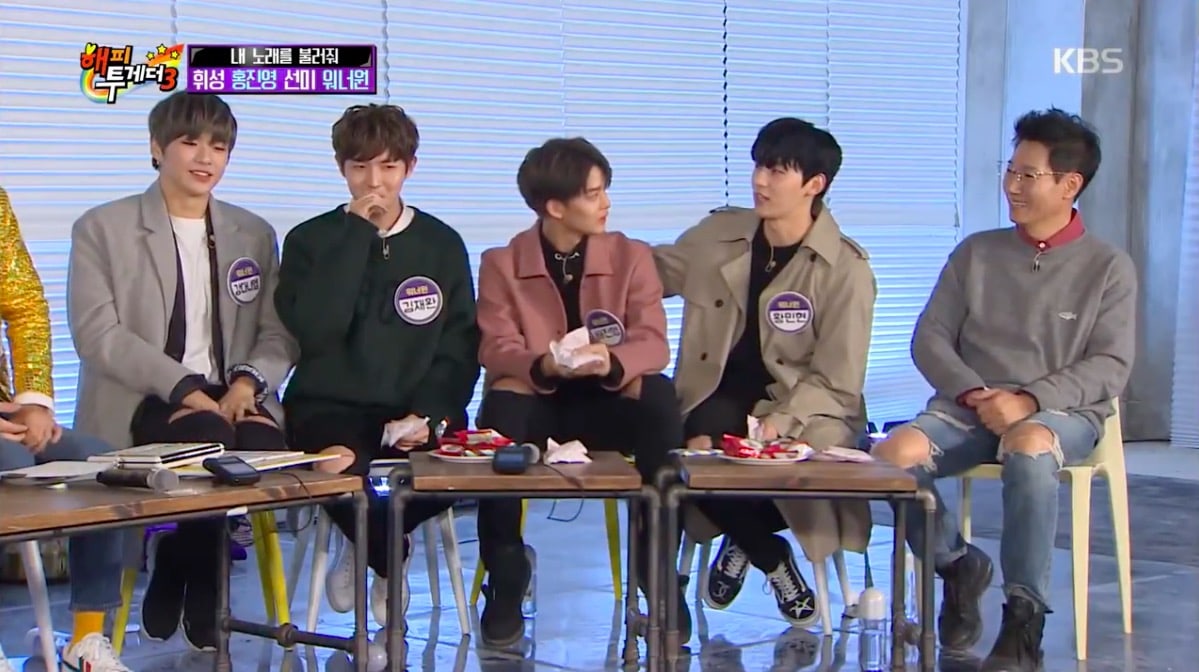 The hosts joked that Bae Jin Young sounded like Yoo Jae Suk, who is the same way with his fellow hosts even though they’re older than him.

Yoo Jae Suk asked Bae Jin Young if there were any older members that he feels awkward with when they’re on their own. Bae Jin Young replied that he didn’t really feel like that was true with any of the members, but added, “But the flow of the conversation tends to come to a halt with Yoon Ji Sung.”

The hosts pointed out that Yoon Ji Sung seemed to talk a lot when they met him, and Bae Jin Young replied, “He talks a lot. And there’s a generation gap.”

As everyone laughed, Kang Daniel agreed with him. “Sometimes when Ji Sung says something, I’ll pretend to understand, and then look it up later online,” he said. 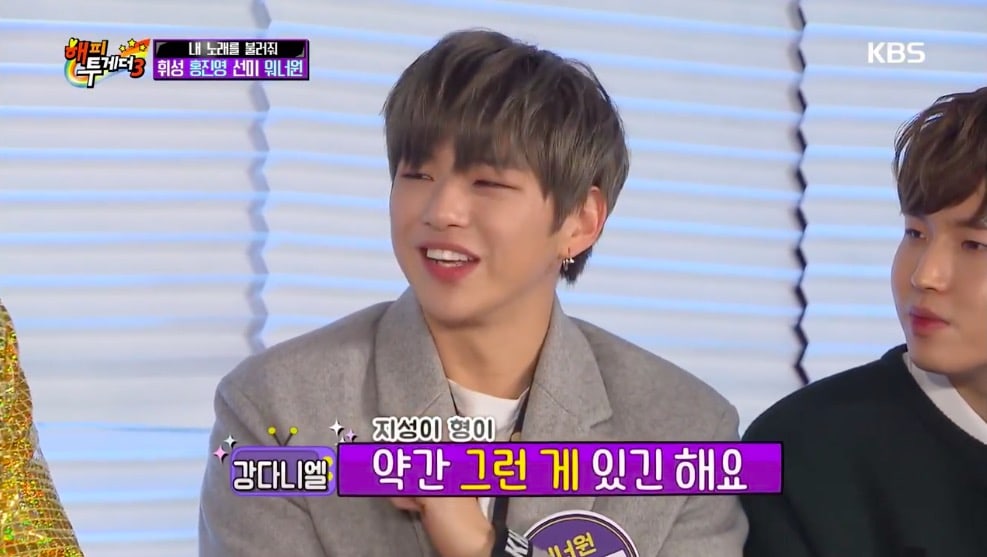