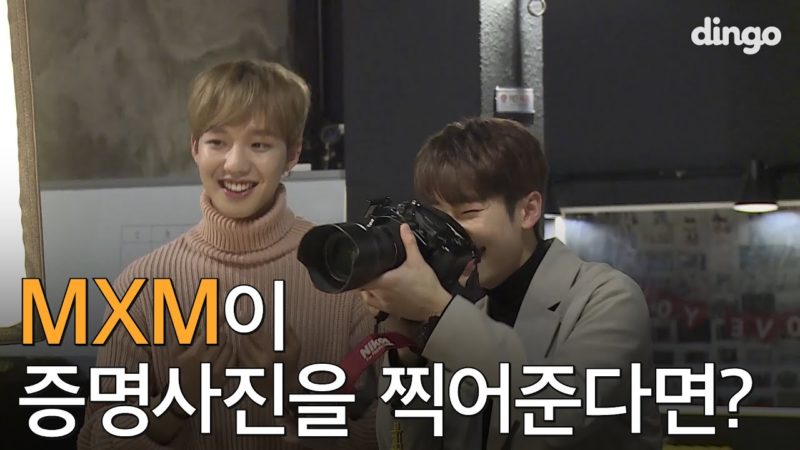 Watch: MXM Sweetly Surprises A Fan By Becoming Her Photographers For The Day

Dingo Studios released a video where MXM delighted a lucky fan by showing up at the photo studio where she came to take her ID photo.

The unsuspecting fan, who had come to take her ID photo for her college application, came in front of the camera to have her picture taken, when lo and behold, the photographer turned out to be none other than Kim Dong Hyun!

She couldn’t hide her surprise, and she started to panic, saying, “Wait a minute.” Lim Young Min showed up just then, which caused her to tear up out of joy. Lim Young Min laughed at her reaction and sweetly warned her that her photo wouldn’t come out nicely if she cried.

After the surprise, the three of them sat down to talk. Kim Dong Hyun asked her, “You were surprised, right?” The fan covered her face with a shy smile and admitted, “I was really shocked.” MXM confessed, “We were so nervous too.”

MXM and their fan started to talk about her worries about college. The fan, who is majoring in ballet, shared her concern about seeing her friends receiving acceptance letters when she wasn’t receiving any at all. Lim Young Min comforted her by sharing his own story about applying to 15 colleges in order to attend a university in Seoul but not making it. He assured, “It’s okay though. Time will pass, and there will be other good opportunities. It’s not over yet.”

When Kim Dong Hyun asked the fan about how her parents felt about her doing ballet, she replied, “My dad was happy about me doing it, but he passed away on August 3.” She said she was motivated when her dad was around because he liked it when she did ballet, but now that he’s gone, she admitted she is tired.

MXM patiently listened to her confession about her depression and negative thoughts. Then Lim Young Min told her, “You’re really similar to me because my parents like [what I do] as well. But first of all, you’re doing this because you like it. It’s not other people who like it but it’s you who like it. If you do your best until the end to fulfill your dream, you’ll be able to feel a sense of accomplishment then. I think you’ll be able to do well.”

Kim Dong Hyun also encouraged her by saying he hoped she wouldn’t lose courage about doing ballet. Lim Young Min added, “We came to cheer you on.”

Last but not least, MXM took pictures for her ID photo. Kim Dong Hyun took her photo with a professional camera while Lim Young Min fixed her hair and gave her tips on smiling to make sure she looked perfect in her picture. Kim Dong Hyun praised her, saying, “Good job! Nice!” Lim Young Min couldn’t stop smiling as he commented on her cuteness. 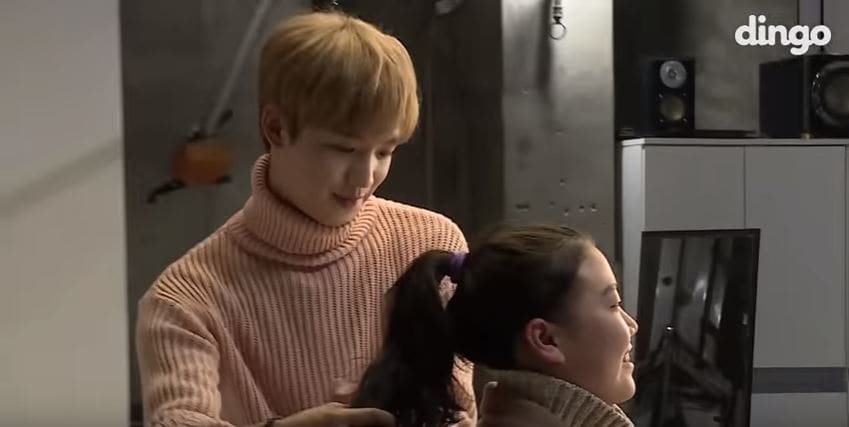 Watch the heartwarming video below!

MXM recently made a comeback with their title track “Diamond Girl.”

MXM
How does this article make you feel?