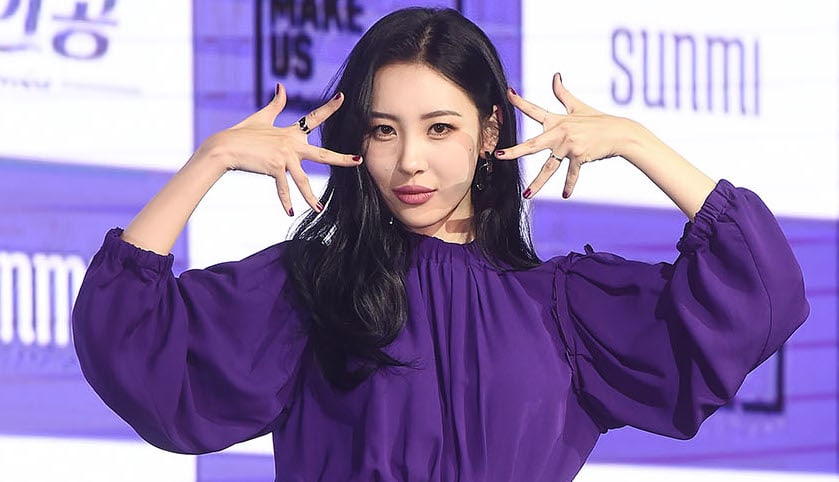 Sunmi held a showcase to celebrate the release of her new single “Heroine” on January 18. She explained that she came up with the idea to release “Heroine” as the prequel to “Gashina.” She said, “If you watch the music video, you’ll see my movements and gaze becoming more venomous as the video progresses. It’s quite a theatrical production and I hope people focus on that transformation when they watch the music video.” 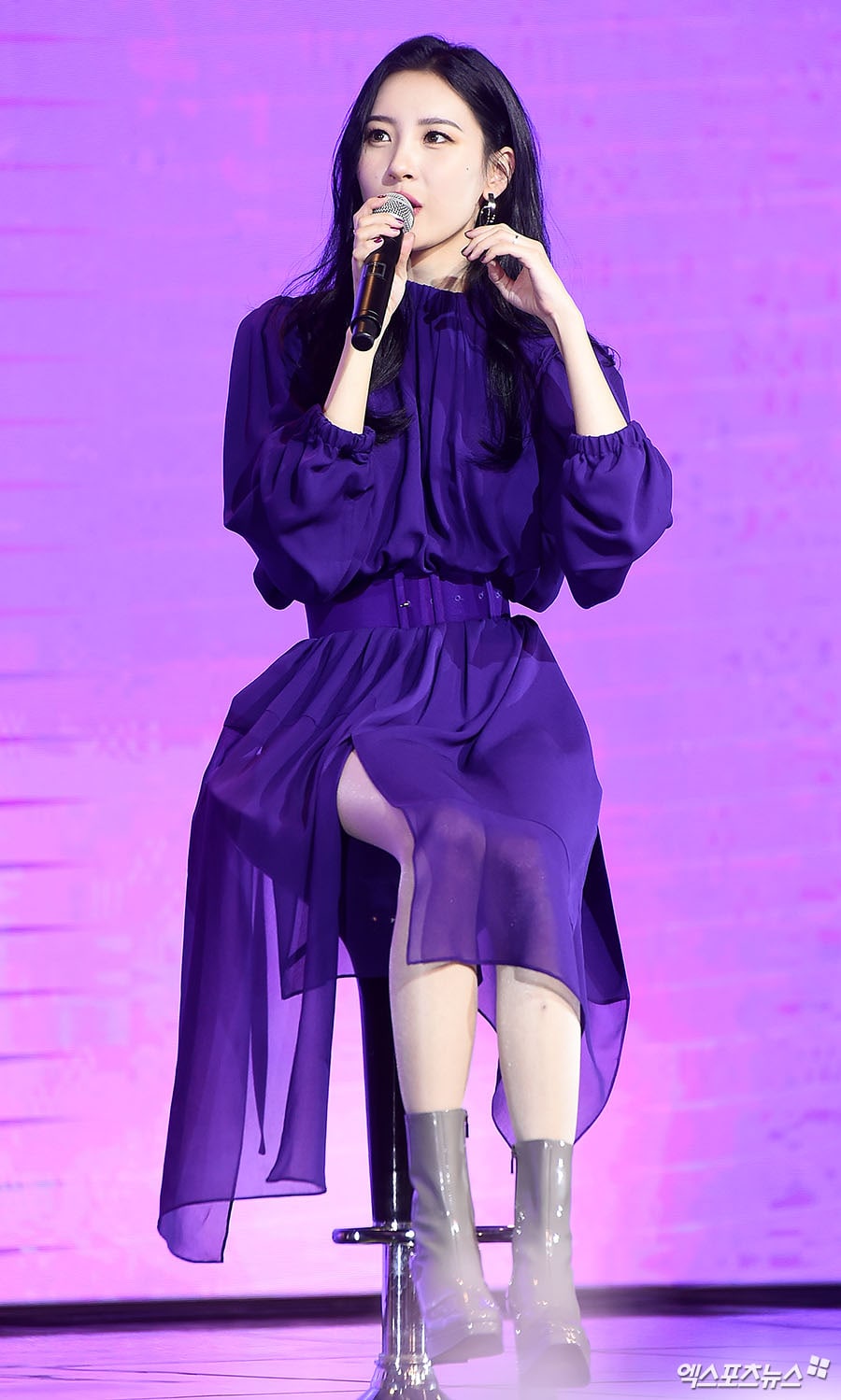 “Heroine” is the story of a woman who tries to be understanding after being hurt by the person she loves. When asked to compare her new single to “Gashina,” Sunmi said, “If ‘Gashina’ was red, then ‘Heroine’ is blue. You can see the two as a continuing storyline.”

In fact, all of her songs can be seen as a reflection of her own journey as she learns about love and loss. “I’m actually a very straightforward person when it comes to love. I say everything I want and do what I want. I’m not a very shy person. ’24 Hours’ and ‘Full Moon’ were when I didn’t know much about love. So in my songs, I was a young woman who was awkward and new to things. But I’m 27 now. So through ‘Heroine,’ I wanted to show a woman who is sad to be left by a man, but is able to get back on her feet. I wanted to express the kind of person I think is really cool in my music.” 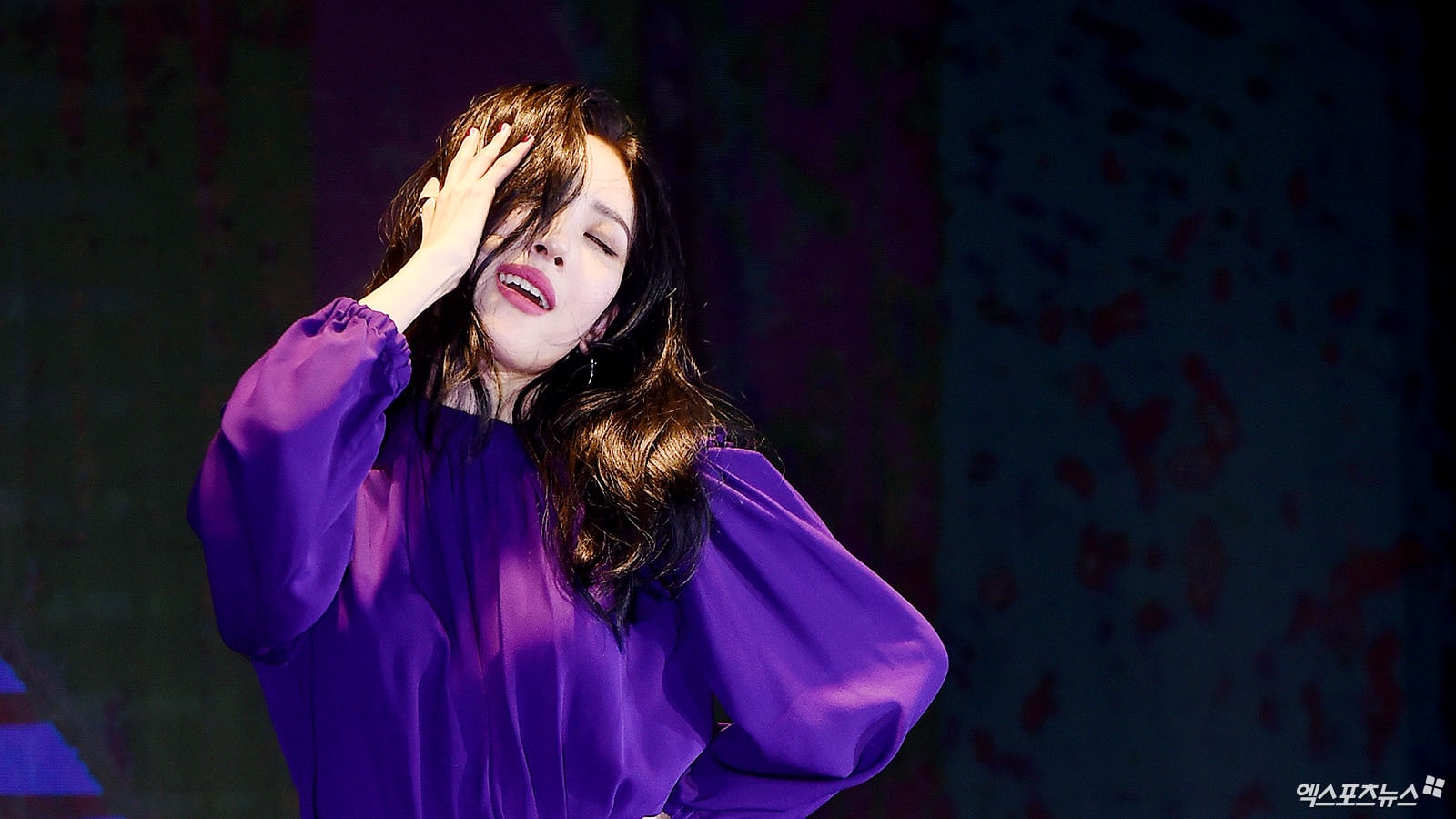 Sunmi also spoke of the goals she has for her new song as she said, “I’m very nervous about this song but I’m so happy to receive so much support from people. People around me tell me that I’m doing well. But I’m trying to not let it get to my head. I’m honored that people are seeing me as the successor to singers like Kim Wan Sun, Uhm Jung Hwa, and Lee Hyori. I hope I can be an icon like them. My goal is to be a singer who you can immediately draw an image of in your mind when you hear my name. I want to be the heroine of 2018.”

Sunmi released her new song “Heroine” on January 18, check out the music video for the song!