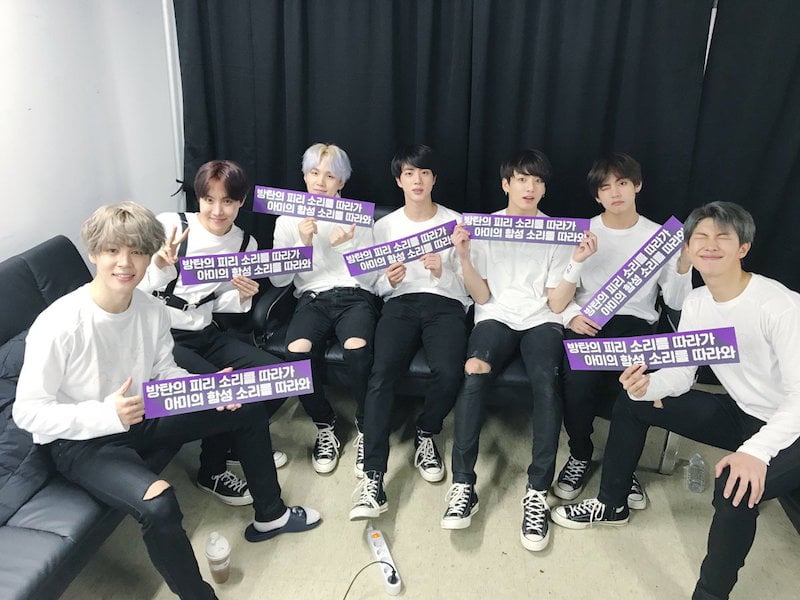 BTS Talks About Resting, Their Group Chat, And Funniest Member

BTS talks about their success, their group chat, and gives a lucky fan some sweet fan service!

The group recently had an interview with BBC Radio 1. In the video below, Adele Roberts speaks with choreography Son Sung Deuk and BTS.

BTS talks about how hard they practice and how it can take 12 to 15 hours a day. Furthermore, they answered that it’s all for their fans and that they are extremely happy with their success.

V commented, “A few decades later, I’m going to tell my son all about it,” and that he will tell his son he was famous.

The group also unanimously agreed that they like to sleep when they’re resting. RM further explained that he often gets inspired when he’s resting while riding a bus or while in a park.

When asked about how important social media is to them, Suga humbly said that he doesn’t think they could have been as successful if there were no such thing as social media.

The members also talk about their group chat room and Jungkook confesses that he mutes the group chat even though he sends the most messages. BTS also picks Jungkook is the funniest member.

BTS also viewed a video message from a fan who moved to Korea from Scotland due to her love for the group. Much to her delight and surprise, the members recorded a message saying hello with Jin giving her a hand kiss.

Check out the interview below: