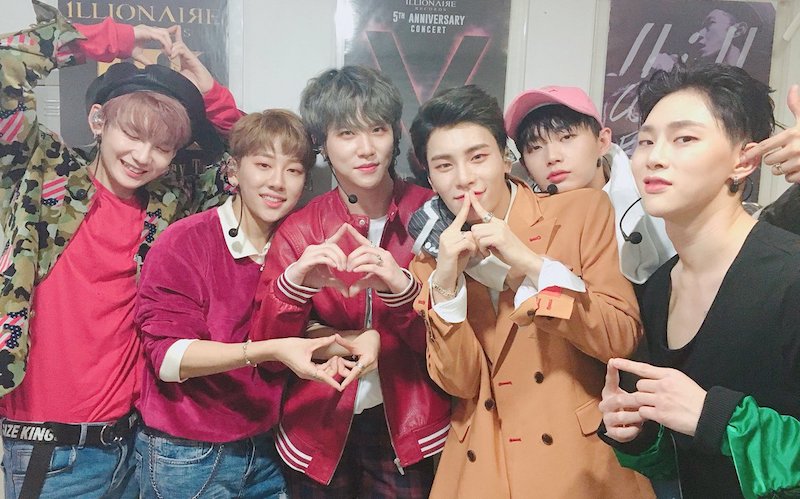 JBJ Sells Out All First-Press Copies Of “True Colors”

JBJ is enjoying great success with their latest comeback, as they have sold out all first-press copies of their new mini album “True Colors.”

JBJ’s representative confirmed, “JBJ’s second mini-album ‘True Colors,’ which was released January 17, has completely sold out 85,000 copies in the first week of sales. The 85,000 copies sold include pre-orders and offline sales from the day of release, proving JBJ’s strong influence in the music market.”

JBJ’s popularity has also helped their second mini-album reach first on the Hanteo Album Chart for three consecutive days. Its title track “My Flower” also topped some of Korea’s major realtime charts, and other songs from the mini-album have been performing well on the charts.

JBJ’s agency revealed, “The first week sales of ‘True Colors’ are at a much faster speed than JBJ’s debut album ‘Fantasy.’ Just as consistent interest sold close to 150,000 copies then, we expect ‘True Colors’ to have good results as well. Public awareness of JBJ has increased tremendously thanks to their fandom power that is getting stronger day by day and JBJ’s various activities, and there seems to be greater interest in this comeback.”

“True Colors” is an album that captures the charms of JBJ as individuals and as a team, and includes tracks from Duble Sidekick, Primary, OBROS, Kiggen, and other famous producers. Kim Sang Gyun and Kwon Hyun Bin participated in the lyrics for all the tracks, and leader Noh Tae Hyun helped create the performances.

Title track “My Flower” is a new pop genre track, combining piano sounds with reggaeton and future bounce for a unique vibe. It was written by Duble Sidekick, EASTWEST, and Bull$EyE.