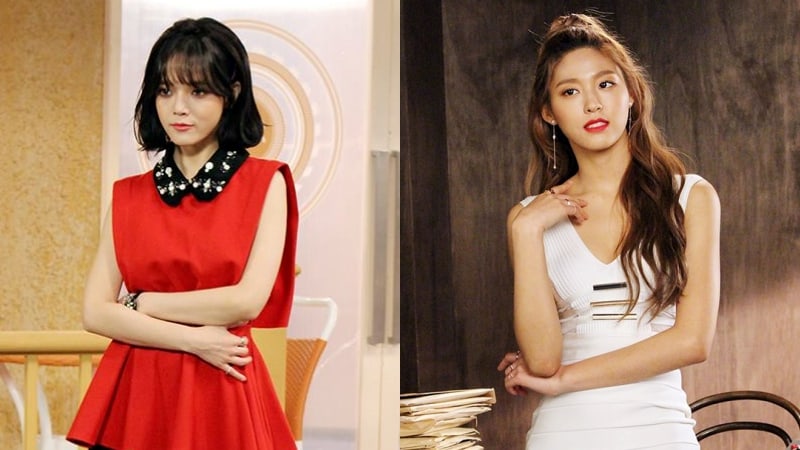 AOA’s Jimin and Seolhyun discussed how the group’s preparations for a comeback are going.

Jimin held a Naver V Live broadcast on January 19 in honor of her solo comeback with “Hey.” Fellow member Seolhyun made a surprise feature during the broadcast. Jimin complimented Seolhyun’s natural appearance, saying, “Even your bare face is pretty. Of course Seolhyun doesn’t have any aspect that’s not pretty.”

Jimin and Seolhyun continued to talk throughout the broadcast, displaying their close friendship. Seolhyun shared she liked Jimin’s pink hair in her “Hey” music video and she said, “I wish Jimin dyed her hair pink.” Jimin joked, “I’ll do it if Seolhyun does it.” 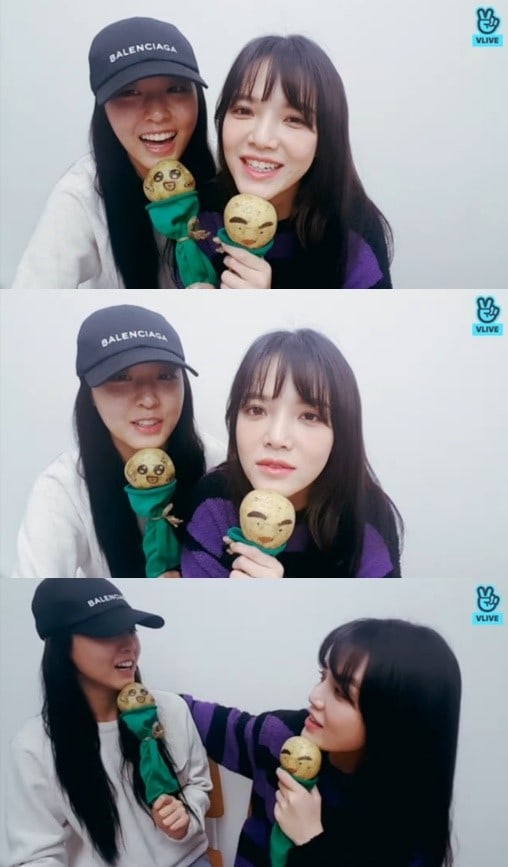 Jimin and Seolhyun discussed AOA’s full group comeback as well. Jimin shared, “Seolhyun recorded today for our full group comeback. We are consistently recording and choosing between songs to look for better songs to share. I think that we will be able to return with a great image in a little bit.”

Jimin also added, “I really miss our entire group. I can usually rest during the members’ individual cuts, but I was burdened because I was on my own this time. I felt how precious my members are.” Seolhyun commented, “I also ran into Mina in the practice rooms for the first time in a while. We hadn’t seen each other in a while, so we caught up. It was really fun just talking. I realized that I missed our group as a whole.”

Jimin closed by raising expectations for AOA’s next comeback, promising, “We are working hard to come back quickly, so please just wait a little more.”

Jimin’s new single “Hey” is the second song from her collaboration project “#RTJ (Ready To Jimin)” with W magazine.

AOA
Jimin (AOA)
Seolhyun (AOA)
How does this article make you feel?