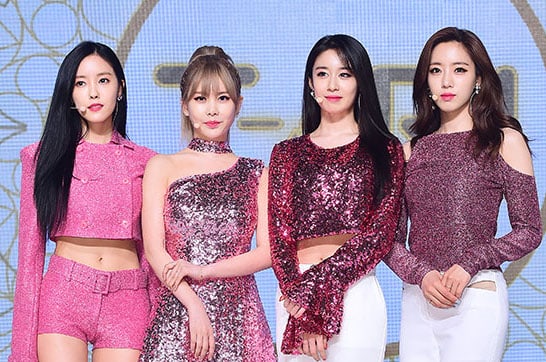 After T-ara filed documentation outlining grounds for rejection of MBK Entertainment’s trademark application for their group name, the Union of Korean Pop Culture and Arts released a statement to respond to the issue between the members and their former agency.

On January 19, the union stated, “The agency has spent a great deal of time and effort creating, producing, planning, discovering, and investing in the group to increase their activities and popularity, which means the agency should be recognized as their producer and creator. In addition, it is a matter of course that a creator would claim ownership of their original creative works, and the agency and creators have every right to protect such ownership without giving up on it.”

Furthermore, they added, “It’s MBK’s right as the one who produced, created, and planned the group T-ara to apply for ownership of the name. This is not only an issue between MBK and T-ara, but it is also recognized as a matter of group rights and interests protection as a member of the Union of Korean Pop Culture and Arts. Therefore, MBK has the legitimate right to apply for a trademark of T-ara.”

The Union of Korean Pop Culture and Arts also emphasized that strong sanctions can be imposed on immoral entertainers who undermine the order and morals of the industry.

MBK Entertainment head Kim Kwang Soo also recently spoke about why the agency is seeking to trademark the group name.

MBK Entertainment
T-ara
XPN
How does this article make you feel?