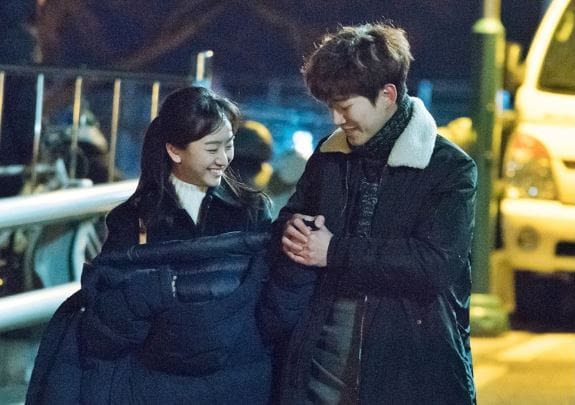 The photos capture their on-screen sweetness happening in real life. They can’t stop smiling at each other, and their close interactions make the hearts of viewers race with excitement. They are caught bursting into laughter while filming the three-stage kiss and practicing intertwining their fingers together for a hand-holding scene.

As sweet and playful as they are, the two lead actors can also be seen working passionately as they rehearse their lines and review their scripts to create perfect scenes. In other photos, Kim Kang Hyun and Kim Hye Jun also join Junho to seriously discuss their upcoming scenes together. 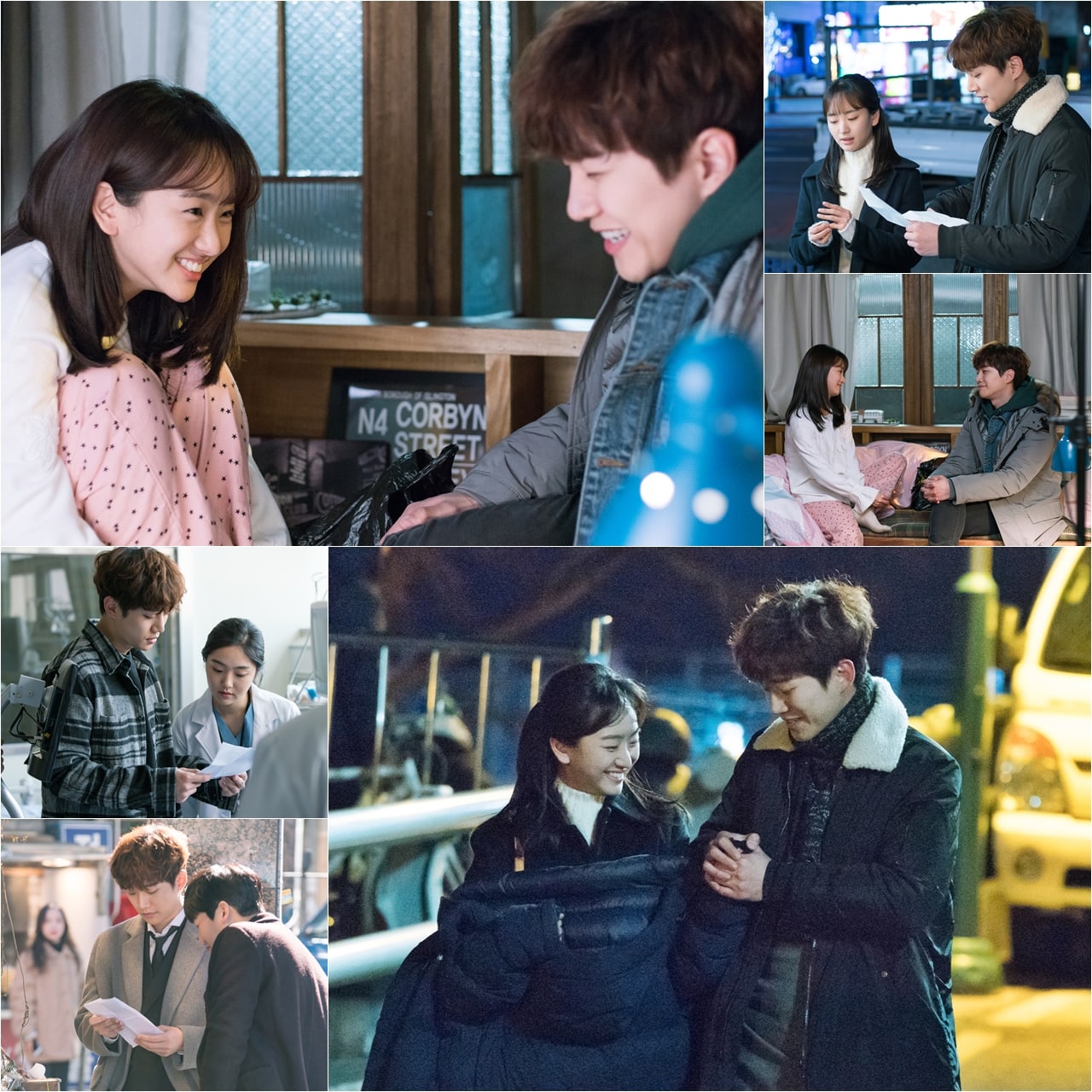 The production crew stated, “There will be changes in the remaining four episodes of ‘Just Between Lovers.’ Their emotions are about to get deeper. Please watch until the end to find out if Kang Doo [Junho] and Moon Soo [Won Jin Ah] will be able to fulfill the final dying wish of the medicine grandmother [Na Moon Hee] and become happy with ‘all that they’ve got.”

Watch the first episode below if you haven’t so already.