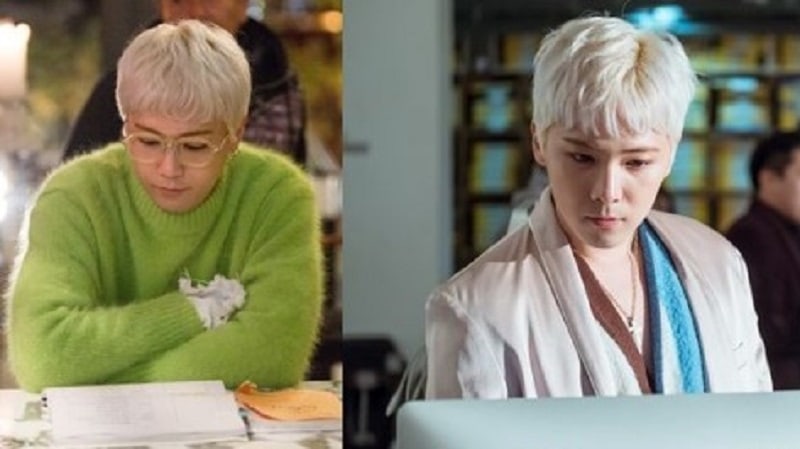 The released images show a focused Lee Hong Ki rehearsing with his script everywhere, regardless of location. He does not care about the chaotic surroundings, and focuses completely on his script so he can perfect his acting. It was revealed Lee Hong Ki also carefully monitors his scenes after shooting to ensure a high quality performance, demonstrating his great passion.

A source from FNC Entertainment shared, “Lee Hong Ki doesn’t let go of his script on set. He practices his acting with his script any time he has a free moment. When he rehearses his script by himself, he puts in all his sincerity like he is filming for real.”

tvN’s Saturday drama “Hwayugi” is a romantic fantasy drama based on the ancient novel “Journey to the West.” In the drama, Lee Hong Ki plays P.K, a handsome top star who is actually a pig demon who seduces women.