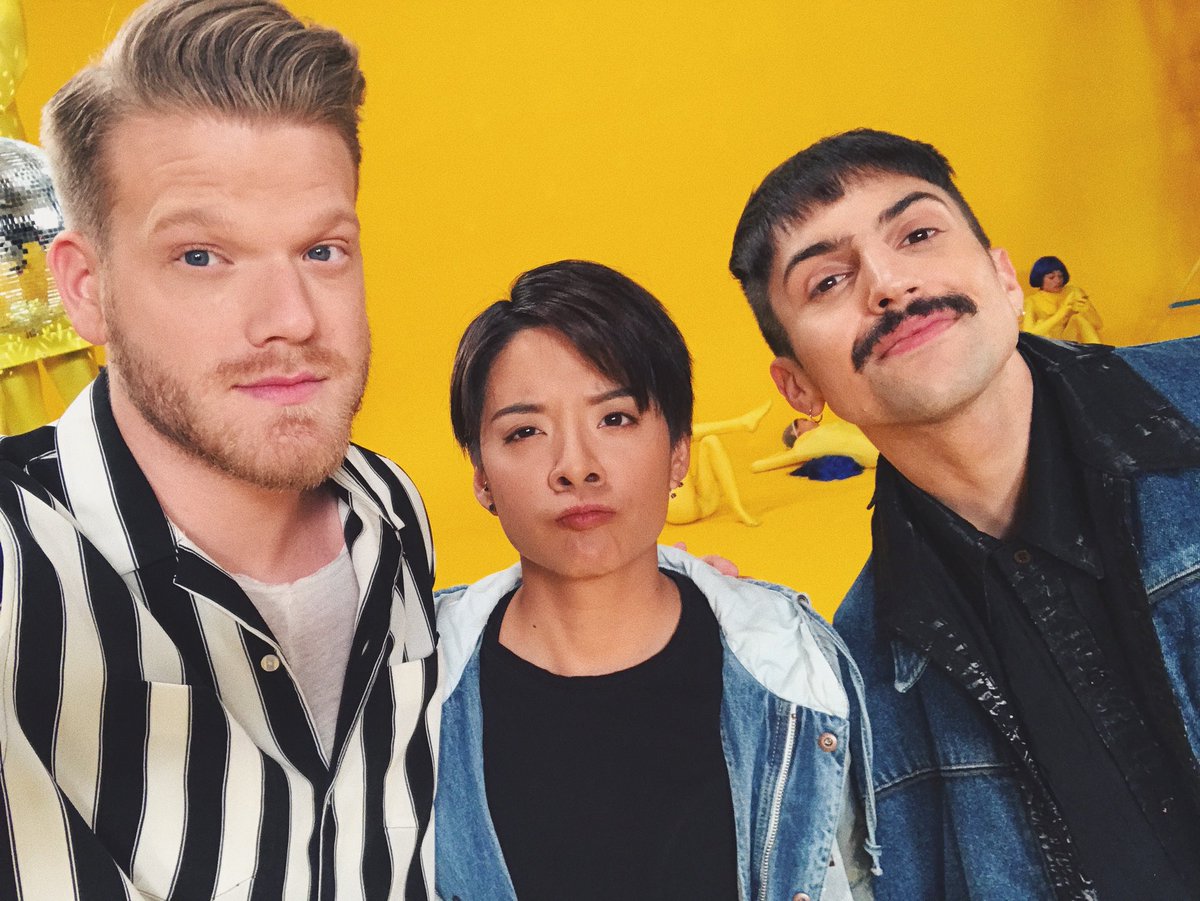 YouTube holds a place near and dear to every K-pop fan’s heart because it’s where most people’s obsession with Korean entertainment began. From repeatedly playing your bias’s new music video to help increase views, to watching Try Not to Laugh compilations of your favorite group at 2 a.m., YouTube helps K-pop fans from all around the world connect and support the artists they love.

But it’s not just fans who are using YouTube to connect. Idols are realizing the power and potential YouTube has to engage fans. As a result, many idols have begun using the platform to share their lives and interests with fans all over the globe. Whether you’re interested in make-up tutorials, vlogs, game-plays, or song covers, there’s a K-pop star uploading the kind of videos you’ll love. So, get excited and take a look at these K-pop idols with YouTube channels you should be watching!

Coco is half of the K-pop duo CocoSori, which debuted in 2016. She started uploading videos in July 2016 and has continued to upload on a regular basis, including everything from behind-the-scenes vlogs at “Music Bank” to shopping outings with her friends to style videos and hauls. No matter what the content, you’re sure to fall in love with Coco and her crew thanks to her energetic and engaging personality. Get to know Coco and her friends as they do the Bean Boozled Challenge by checking out the video below!

For BTOB fans, POV is definitely a channel you’ll want to check out. POV stands for Peniel’s Official Vlog. He started the channel in February 2016 and does everything from vlogs to Q&As to unboxings. In the later part of 2017, he uploaded vlogs showing a behind-the-scenes look at BTOB’s promotions of their Japanese single “Brand New Days.” Take a look at some of Peniel’s adventures in Japan!

If you love beauty, make-up tutorials, and vlogs, you’ll definitely need to check out Soohyun’s channel, Mochi Peach. She began uploading videos in June 2017 and provides English subtitles for her foreign fans on almost every video. With one of the cutest intros to ever grace YouTube and one of the coolest girls in K-pop as the star, what more could anyone want? Have a look at one of Soohyun’s haul videos below!

DAY6 fans couldn’t have been happier when Jae finally opened his own vlog channel and began uploading in September 2017 under the clever name JaeSix. He came out of the gate running, uploading interesting and entertaining content on a regular basis. So far, his videos have covered everything from vlogs to a Q&A with 2PM’s Nichkhun. But in one of his most memorable and hilarious uploads to date, Jae took to the streets to ask unsuspecting people in California about DAY6. Check it out below!

Fans first got to know Kasper as a contestant on “Unpretty Rapstar 2” who was later signed to DSP Media as a solo rapper. Kasper uploaded her first video to YouTube in January 2014. She started off with videos of her original raps, but after a bit of a break her channel became more beauty based, sharing make-up tutorials along with a few vlogs. None of the videos are English subtitled, but if you love beauty and are a fan of Kasper, they are still easy to follow. Feeling adventurous? Give one of her latest make-up tutorials a try, like the one below!

Minhwan uploaded his first video to YouTube in December 2015. His first several uploads all showed him drumming during FTISLAND concerts and performances, but in June 2017, Minhwan surprised fans by suddenly doing live-streams of him playing video games. For a while there, he was doing live-streams every single day — a fan’s dream! Although his videos don’t have English subtitles, if you’re a fan of FTISLAND and League of Legends, this is the perfect channel for you. Take a look at Minhwan’s latest upload of him playing DayZ!

f(x)’s Luna started uploading videos to Luna’s Alphabet in August 2016. The show, which just finished its third season on YouTube, gives fans a glimpse into Luna’s life and beauty routines. Season three was especially full of some great make-up tutorials for those looking to shake up their look a little. If you’re someone who loves vlogs, beauty, or most of all, Luna, you should subscribe to Luna’s Alphabet! Have a look at Luna’s latest video of her putting on a surprise performance for a fan.

INFINITE’s former member Hoya began uploading covers to his YouTube channel in September 2015 and has been pretty consistent about uploading ever since. His covers include both Korean and English songs that showcase his musical talent, which is like candy for the ears. So, do yourself a favor and check out his channel, which includes gems like the cover below of Justin Bieber’s “Love Yourself.”

Fans of Amber were so excited when she started uploading YouTube videos in July 2015. Most of the early What The Pineapple videos include Amber and her friend Scott doing challenges, answering questions, or goofing off and having fun. After disappearing from YouTube for a year and making the internet cry a little bit on the inside, Amber returned in full swing and began uploading again, everything from vlogs to challenges to song covers. But no matter what the content, it’s guaranteed to be entertaining because, come on, it’s Amber! Perfect example? Amber and her friends playing ghost pepper spicy ramen roulette.

It was a sad day in K-pop when 2NE1 announced they were disbanding back in 2016. But fans now have a cool way to stay caught up with Sandara thanks to her YouTube channel DARA TV. She began uploading vlogs in July 2017, showing everything from her exotic vacations to a behind-the-scenes look at G-Dragon’s concert in Manila. Dara’s quirky and fun personality make her the perfect candidate for YouTube since her videos are all entertaining looks into her daily life. Take a look at her last upload of 2017 below for a glimpse at what it’s like being Sandara!

Which K-pop idol do you wish would open up a YouTube channel, Soompiers? Leave your thoughts in the comments!

erinunnie first discovered the joys of Korean entertainment during a magical summer in 2010 and has never looked back. She loves Super Junior, GOT7, SEVENTEEN, and any Korean dramas she can get her hands on. In her spare time she enjoys writing, reading, playing the piano, and singing. Connect with Erin on Twitter to keep up with her latest obsessions!