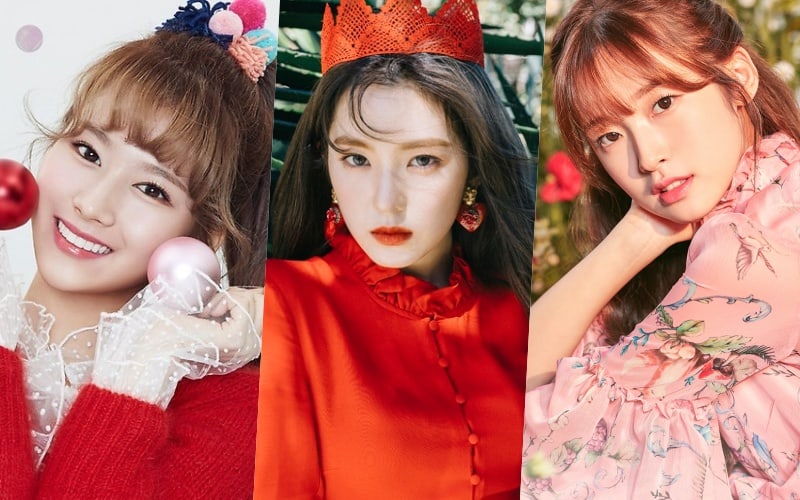 The Korean Business Research Institute has released the brand reputation rankings for individual girl group members for the month of January.

109,486,334 pieces of data were collected on 318 girl group members from December 19, 2017 till January 20, 2018 based on categories of participation, media coverage, communication, and community awareness. This was a 71.87 percent increase in the total amount of data collected compared to the previous month.

According to the statistics, TWICE’s Sana topped this month’s brand reputation rankings with a total score of 3,635,014, a 138.46 percent increase from the previous month. In second place was Red Velvet’s Irene with a score of 3,181,174, which was a small 1.68 percent drop from December. Third place went to Oh My Girl’s Arin, whose brand reputation increased 749.46 percent for a total of 2,865,103.

A source from the Institute stated that Sana’s brand for this month was tied to keywords like, “Japan, enteritis, Idol Star Athletics Championship” and 71.41 percent of data relating to the idol was positive. They added, “Oh My Girl’s members have also risen swiftly up the rankings as public interest has risen for the girl group.”

Here are the brand reputation rankings for the top 30 girl group members: