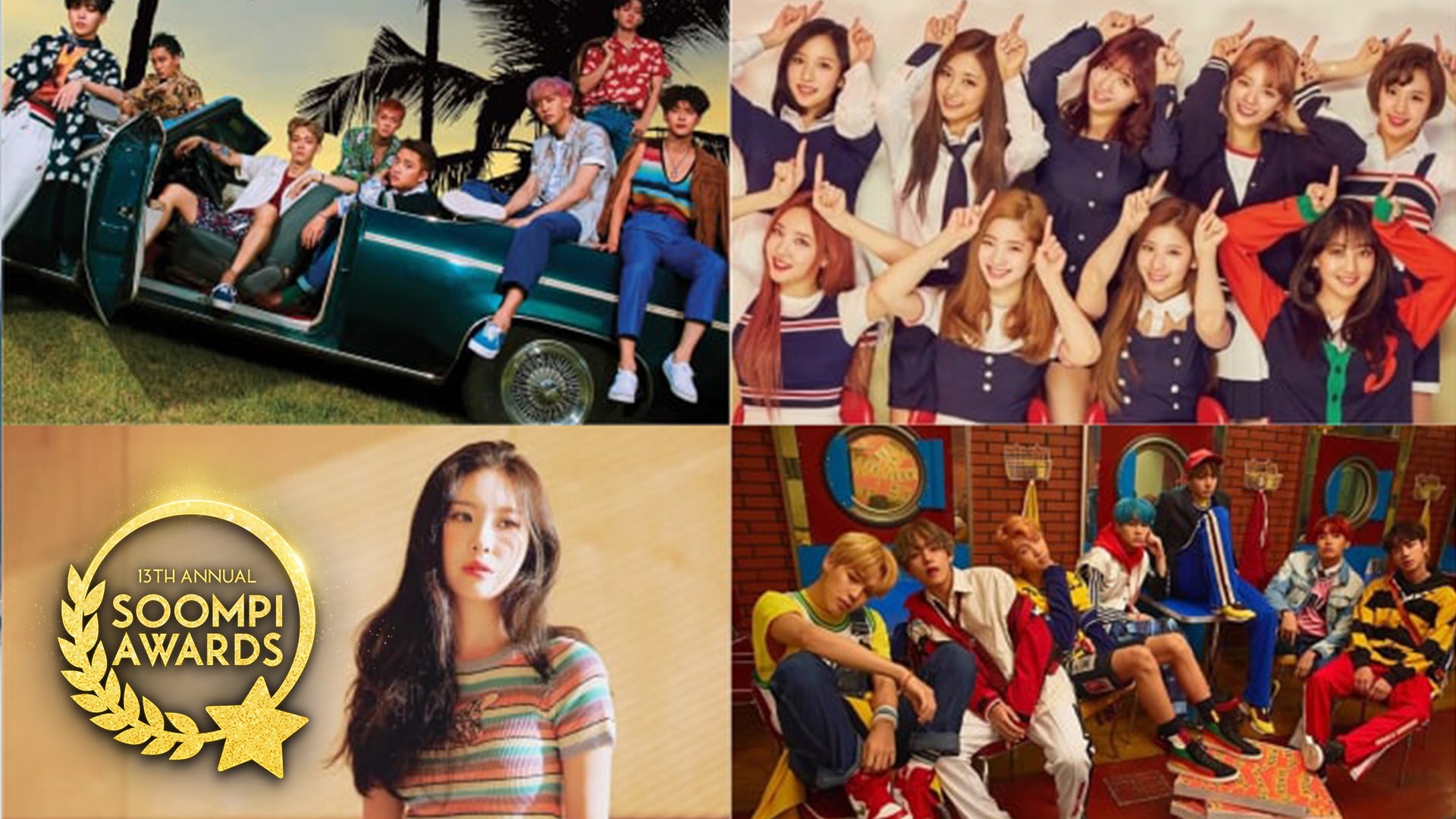 2017 was filled with fantastic dances from our favorite boy groups, girl groups, and solo artists. Some of these moves may even become iconic choreography for the next generation of artists! Plenty of us probably still remember basic moves from iconic songs – doing the classic “Sorry Sorry” dance or mastering aegyo while singing “Gee.”

So as we look back on 2017, let’s take a look at some of the dances that made it a great year in terms of K-pop choreography!

Just before KARD debuted, they raised expectations with their house sound and sleek moves. Now they’re one of the few co-ed groups to actively promote in Korea. “Oh Na Na” is filled with sweet hip hop choreography and interactions between the male and female members, making it a well-rounded dance, which is exactly what we want from a mixed-gender group.

While BTS has played around with their sound over the years, their name has always been synonymous with difficult dances. “DNA” is no exception, with its fast foot-work, mirrored choreography in the verses, as well as a chain move (a part meant to look like a DNA strand) that requires precision in timing and isolation.

TWICE’s dances are characterized by a strong sense of rhythm, quick formation changes, and members breaking off into sets or pairs. “Knock Knock” continues in this style as the members have to stay on rhythm with very precise and controlled movements, from the way their feet and knees move, to their hand gestures and arm movement.

EXO had a dynamic year in terms of releasing solid music. “Ko Ko Bop” may have a more laid-back sound, but it also has quick steps and an hip hop urban flare in its choreography that shows off their amazing dance skills. The song even sparked the “Ko Kob Bop Challenge” phenomenon that was attempted by fans around the world.

What artist wouldn’t want to turn their fellow members into a musical instrument at some point? Well, Wanna One is able to pull of a legit dance formation that really looks like an upright piano! Despite a relatively short time together before their debut and coming from different companies, Wanna One’s “Energetic” showcases their strong teamwork with some moves we won’t forget.

Sunmi came back in 2017 with a dance that was a perfect mix of fun, sexy, and crazy. She’s got everything in this choreography – including table moves, an excellent dance team, finger guns, and a blend of fast hand gestures and smooth isolation technique.

Red Velvet gave us the summer hit “Red Flavor” in 2017, which is another dance that showcases their skills, with moves so quickly executed it’s almost hard to keep up. What are the flavors of love and passion? The ladies of Red Velvet are here to show you.

BLACKPINK: “As If It’s Your Last”

BLACKBINK brought on plenty of sweet moves and vocal flare in 2017. They’ve made waves in K-pop since their debut and I wouldn’t want to be caught in a dance off with these ladies. It’s amazing how they can get through their dances still breathing with perfect hair.

The choreography for “Cherry Bomb” is packed with plenty of movement and controlled moves that make up a difficult dance – and we wouldn’t expect anything less from SM Entertainment. You can easily see the hours and hours of work that must have gone in to making each of their movements, and it still looks unified when they dance as a group.

HyunA is always surrounded by a fun-loving and talented back-up dance team, and “Babe” is another dance that’s a thrill to watch. It’s extra nice to see this new side to her! While a lot of her choreography is sexy, “Babe” shows a refreshing cute side to HyunA while still highlighting her skills as a dancer.

VIXX not only gave us a fantastic dance with “Shangri-La,” but they’re also the only nominees this year that use props. The choreography is filled with amazing footwork and precision with fans. It’s no surprise that they were given a special stage on MBC’s “Music Core” after their 2017 MBC Gayo Daejejun performance went viral.

While being a group with a ton of members, SEVENTEEN’s dances have always shined. Their transitions are nearly flawless and they rarely miss a beat with their timing. “Don’t Wanna Cry” continues to showcase their skills and also includes some fantastic floorwork that is a great match with the longing and sad emotions of the song.

MONSTA X’s “Beautiful” is filled with some powerful moves, but it also throws in some great weaving during the pre-chorus and a thrilling dance break after the first chorus. Towards the end of the bridge, the choreography transitions nicely through the utilization of the members’ jackets. It’s always nice to see jacket moves from a boy group!

CLC took on a more bold sound and dance style in 2017, giving a nod to their predecessor group 4Minute and giving K-pop fans a fantastic girl group dance that shows off CLC’s dance skills and teamwork.

Taemin has been known as one of K-pop’s most prolific dancers since SHINee’s early days, and it’s a thrill to see how much he’s matured and transformed through his dancing. “Move” is a perfect balance of sensual movements and isolation that Taemin designed to highlight his personal style of blending feminine and masculine dance moves.

There you have it – these are all the nominees in the 13th Annual Soompi Awards for Best Choreography! While K-pop continues to gain momentum worldwide, fans can always count on eye-popping visuals, fantastic teamwork, and some of the best choreographed dances in the world. 2018 has some big shoes to fill!

What were some of your favorite dances and moves from 2017? Let us know in the comments below and don’t forget to vote in this year’s Soompi Awards!

heytoto currently teaches ELL in Seoul, South Korea and can usually be found sipping a latte and trying to decide which choreography she wants to learn next.