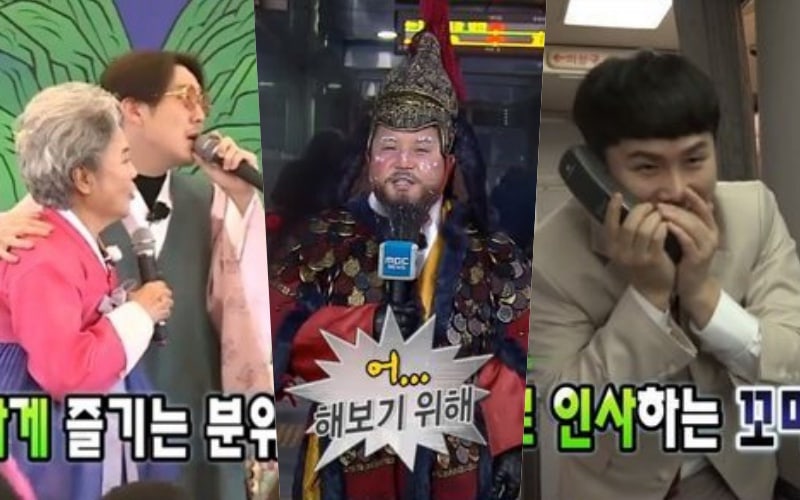 MBC’s “Infinite Challenge” not only brought the laughs, but also brought in ratings as the show hit its highest ratings since its return from last year’s hiatus.

According to data released by Nielsen Korea on January 21, the episode of “Infinite Challenge” that aired on on January 20 scored nationwide ratings of 12.7 percent and 13.3 percent in the metropolitan area. This made the show the most-watched Saturday variety show for the week. The show’s real time ratings also peaked at 17.3 percent when Jo Se Ho was seen transforming into a weather forecaster.

This week’s episode centered around HaHa, Yang Se Hyung and Jo Se Ho. They were each given a mission one hour before they had to carry it out. HaHa had to prepare a celebratory performance for someone’s 70th birthday party, Yang Se Hyung transformed into a flight attendant on a flight to Ho Chi Minh City, and Jo Se Ho dressed up as General Winter and gave the weather forecast for the day.

As they laughed along, viewers were left impressed by the amount of effort the three cast members put into their missions despite the short preparation time they were given. The moment also became a priceless memory and source of strength for all the citizens and staff who were on location. Many were left excited for next week’s episode, which will feature the missions carried out by Yoo Jae Suk, Park Myung Soo, and Jung Joon Ha.

“Infinite Challenge” airs every Saturday on MBC at 6:25 p.m. KST. Check out the latest episode below!