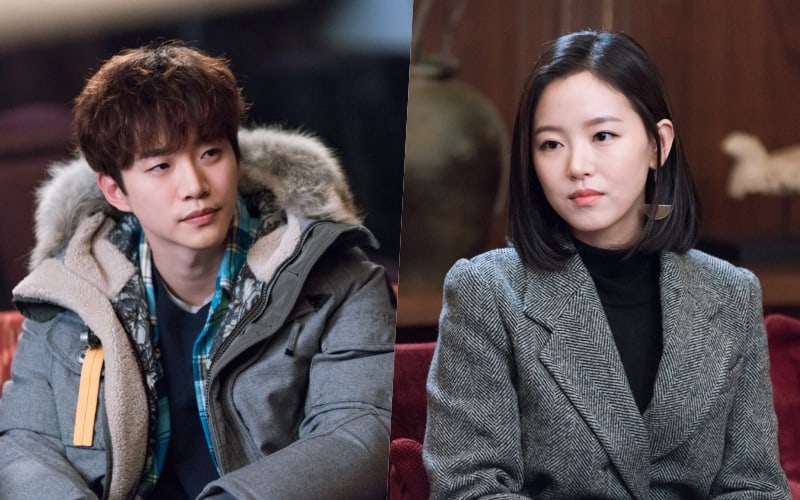 JTBC’s “Just Between Lovers” has released new stills showing 2PM’s Junho and Kang Han Na in a tense meeting together.

The stills have a strained atmosphere to them as the two characters of Kang Doo (Junho) and Yoo Jin (Kang Han Na) sit across from each other. Kang Doo’s eyes are filled with sincere concern while Yoo Jin stares at him with a sharp but amused gaze.

In the upcoming episode, Kang Doo will go to Yoo Jin to help Joo Won (Lee Ki Woo) after an unexpected variable brings trouble to the BioTown construction site. Kang Doo and Yoo Jin did not get off to the greatest of starts, as Kang Doo was a survivor of the shopping mall collapse and Yoo Jin’s family owns Chung Yoo Construction Company. However, they bonded after learning about each other’s worries and troubles. 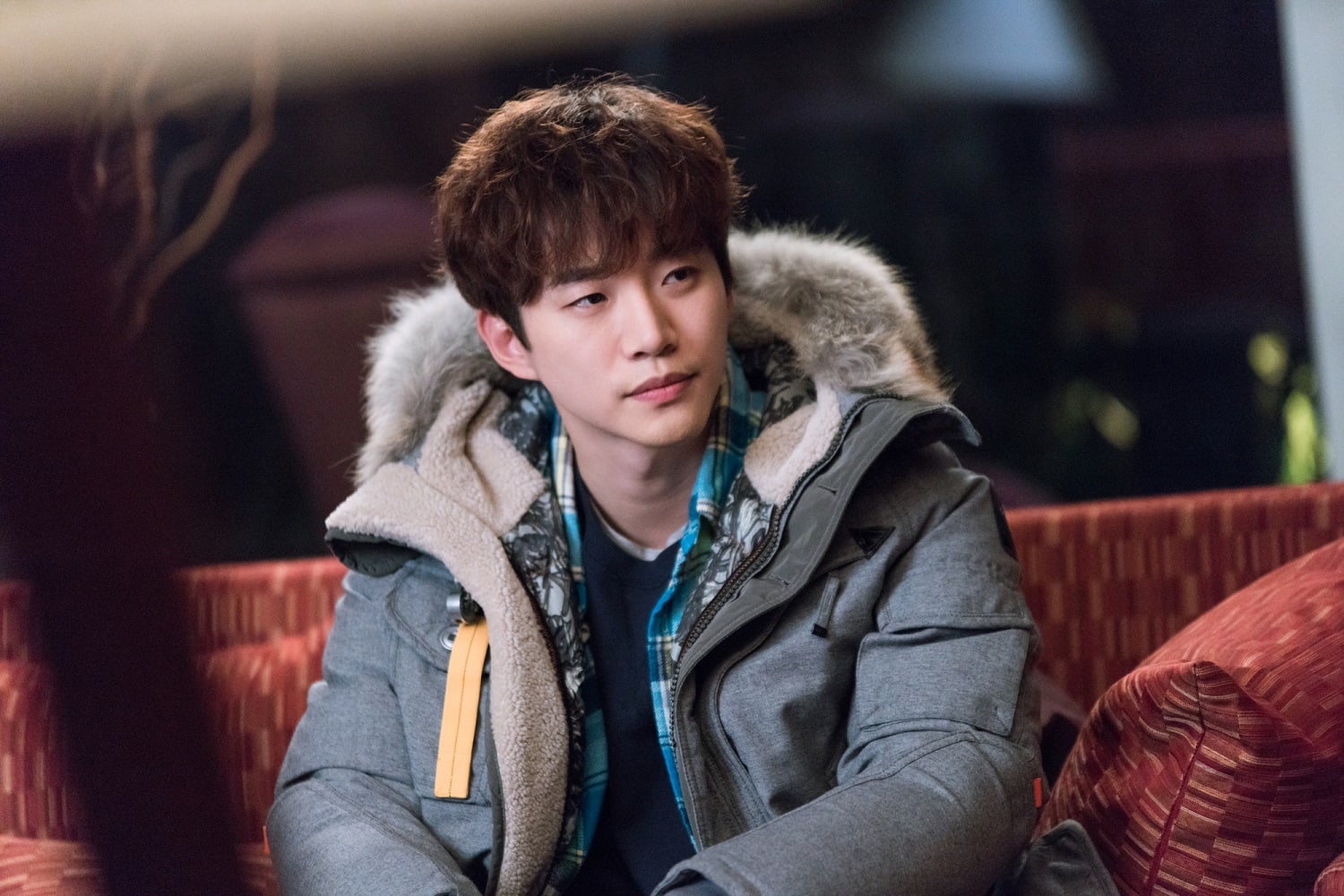 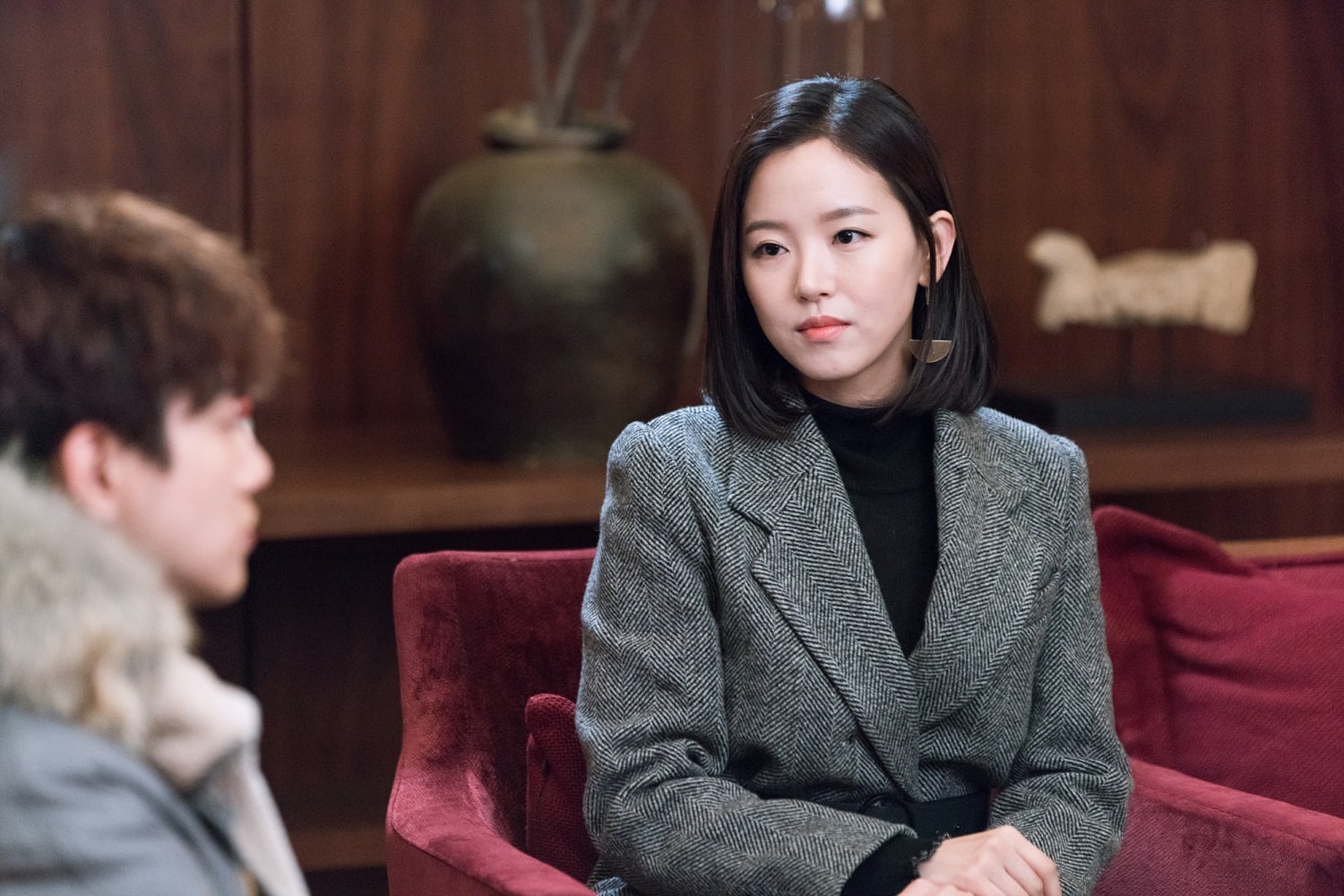 Kang Doo was the person Yoo Jin went to whenever Joo Won was in trouble, and Yoo Jin was the person who helped Kang Doo make changes to his contract for a memorial park after he inherits the BioTown construction site from Grandma (Na Moon Hee). Though they have formed a bond and helped each other in the past, their upcoming conversation is set to get interesting as their situation has become complicated with the BioTown construction site, Moon Soo (Won Jin Ah), and Joo Won.

The “Just Between Lovers” production staff stated, “Viewers should keep an eye on how things will work out between Kang Doo, Moon Soo, Joo Won, and Yoo Jin. The upcoming episode will show Kang Doo and Yoo Jin teaming up to help Joo Won.”

What happens between Junho and Kang Han Na will be revealed in the next episode of “Just Between Lovers,” which will air on January 22 at 11 p.m. KST.

Kang Han Na
2PM
Junho
Just Between Lovers
How does this article make you feel?