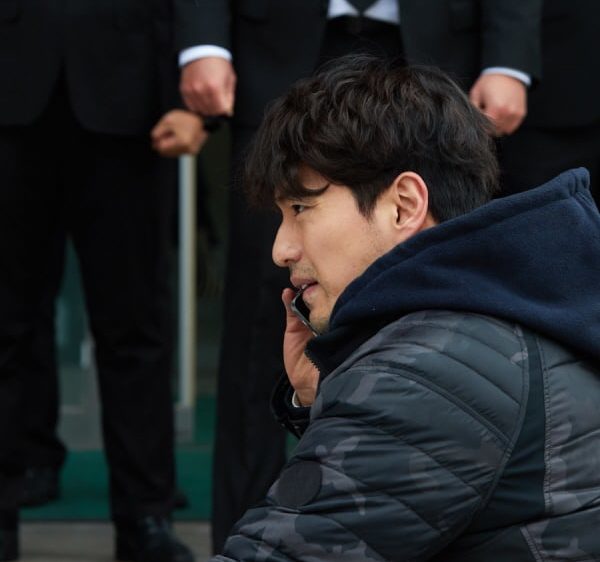 “Return” tells the story of a lawyer and a detective who fight to find out the truth behind a murder case in which all suspects are privileged members of the upper class. With the latest two episodes, “Return” claimed the first place in its time slot, surpassing KBS 2TV’s “Black Knight.”

In the drama, Lee Jin Wook plays the troublemaker detective Dok Go Young who is known for his determination and recklessness. Dok Go Young acts first and thinks later, but never stops in fighting for the right cause.

The released pictures show Lee Jin Wook struggling against big men in suits in front of a funeral hall. As he attempts to enter the hall, the men pull him out and throw him on the floor. In spite of this, Lee Jin Wook repeatedly tries to go in, confronting the men again and again. The pictures raise the question of whose funeral it is, why Lee Jin Wook is trying to get in so hard, and why he is banned from doing so. 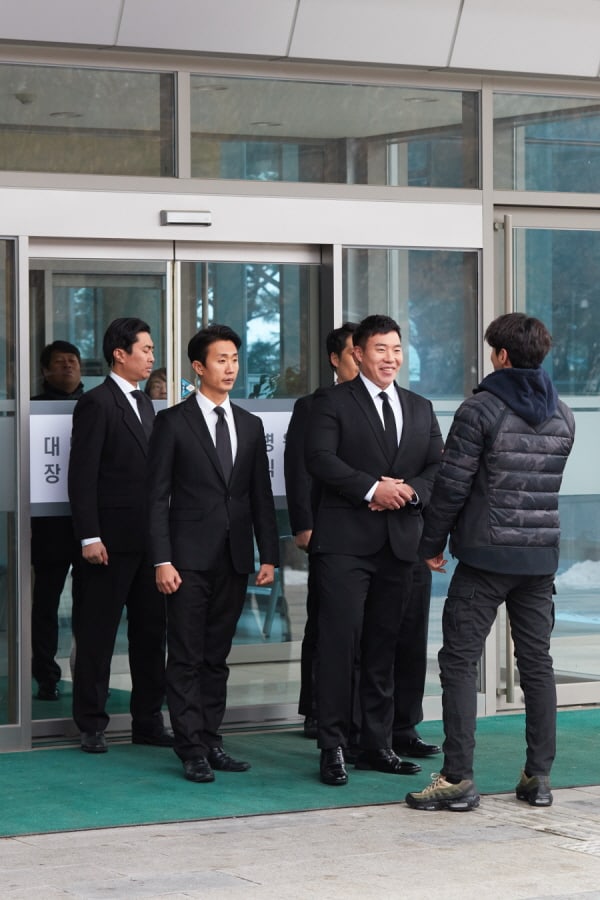 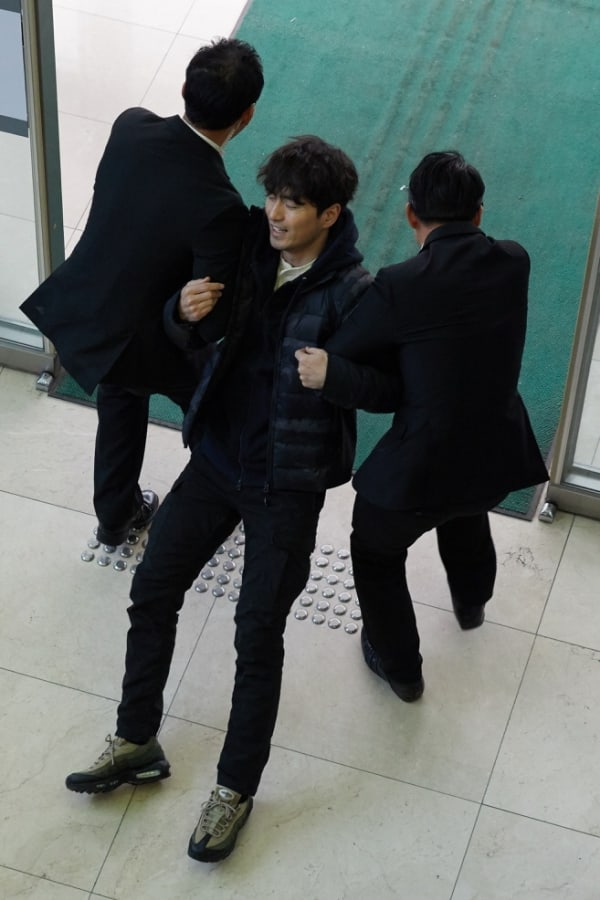 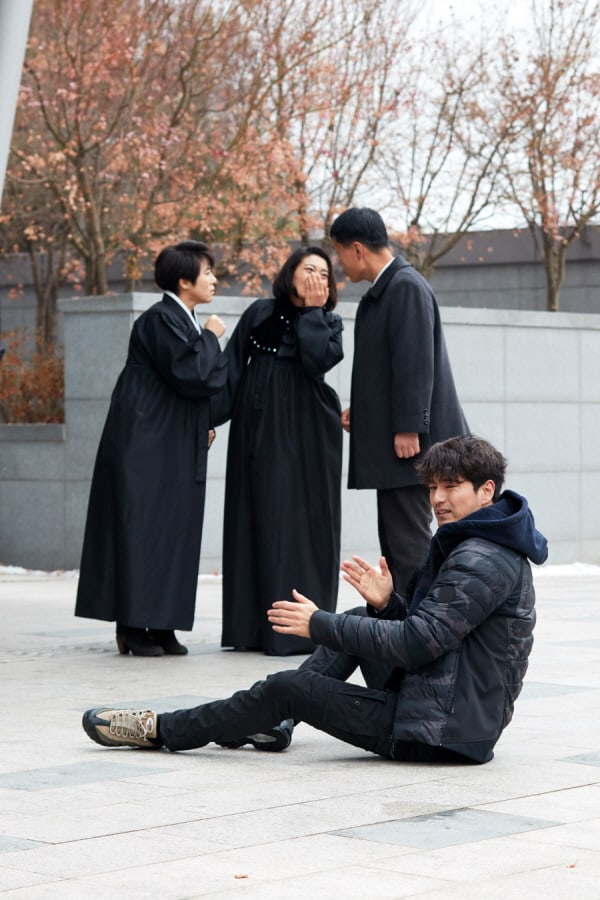 Lee Jin Wook is also seen making phone calls outside with a frustrated face after he fails to get in. The pictures show that he still hasn’t left the funeral hall, hinting that he hasn’t given up yet. 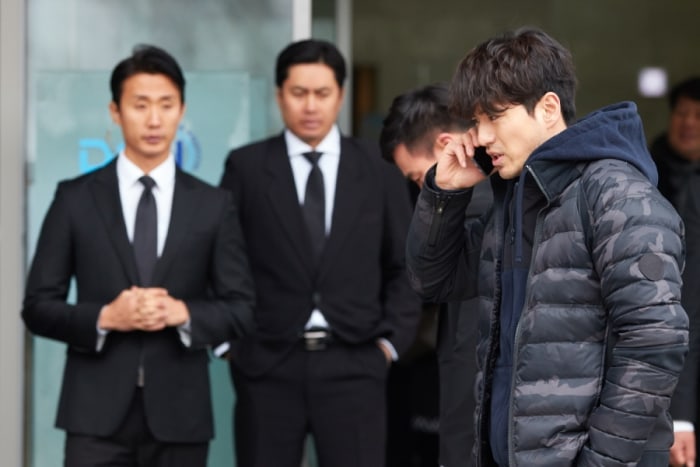 The funeral scene was filmed on December 22 of last year. As the scene included physical confrontations between Lee Jin Wook and several men, collaboration was more important than anything else. Lee Jin Wook spent time discussing the littlest details with other actors and working on their movements from different angles.

Even in the freezing weather, Lee Jin Wook did not hold back in acting out the scene where he gets pushed to the hard, cold ground. He is said to have nailed the determined character of Dok Go Young who never gives up in face of a challenge. When the director signed OK, however, Lee Jin Wook immediately broke into a bright smile and came to monitor the scene, lightening up the mood for the entire staff.

The production staff of “Return” shared, “Lee Jin Wook has been embodying the character of Dok Go Young as he even risks throwing himself to the ground with a passion for acting.” They added that his enthusiasm and devotion were serving as an example for those on set.

Lee Jin Wook
Return
How does this article make you feel?