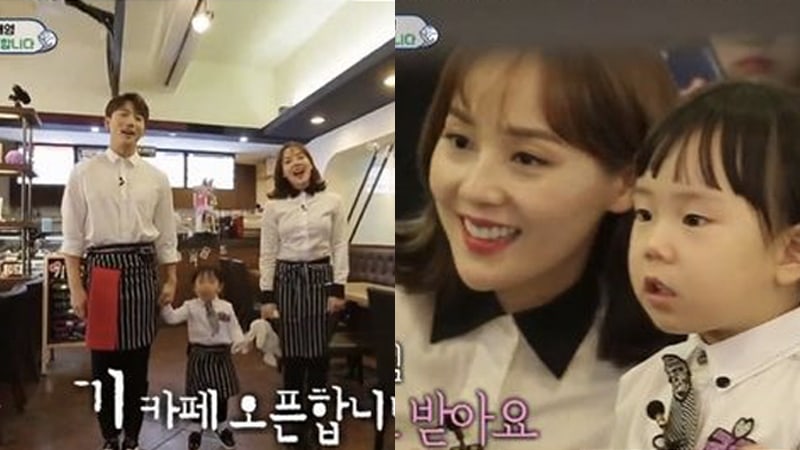 Rohee’s Family Says Goodbye To “The Return Of Superman” Viewers

Ki Tae Young and Rohee opened a special cafe to bid farewell to the viewers on “The Return of Superman”!

On January 21, the last episode with Rohee’s family on “The Return of Superman” was aired.

Ki Tae Young, Eugene, and Rohee prepared a meaningful event to commemorate their last appearance by opening Ki Cafe. The family members all dressed up in white shirts and aprons to greet the customers. Ki Tae Young and Eugene even displayed their barista certificates for the event. 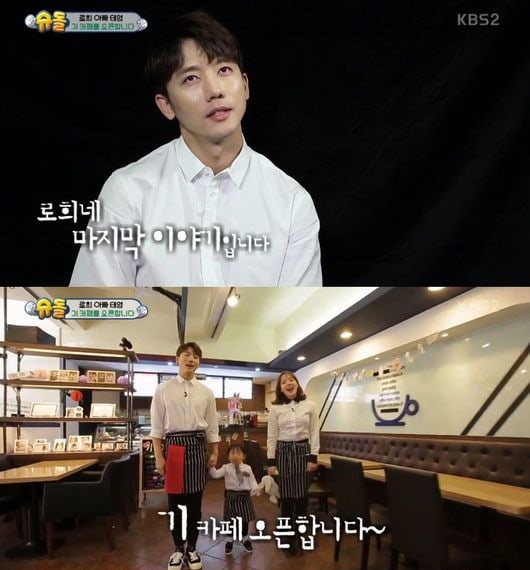 Ki Tae Young shared, “This is our last time filming. We filmed for the first time on December 7, 2015. It has already been two years. Fathers who watched Rohee grow up told me that they felt like they were raising their children together with us. Our first episode started with coffee, and now we close our last episode with coffee as well.”

The coffee shop quickly filled with customers since Ki Tae Young had posted on social media that fathers who visited with children would be provided with free coffee. Celebrity fathers and children such as fellow “The Return of Superman” castmates Sam Hammington and William visited to cheer on the family as well. 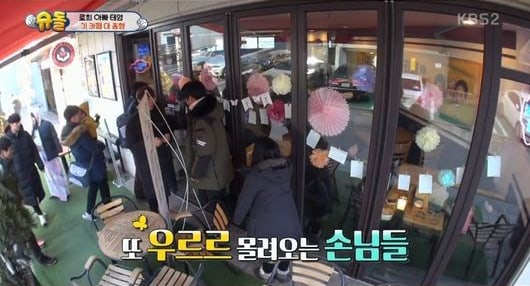 Although customers poured in, Ki Tae Young brewed and served coffee with ease. Rohee also helped out Eugene by serving strawberry juice, and even collected orders from her fellow children. 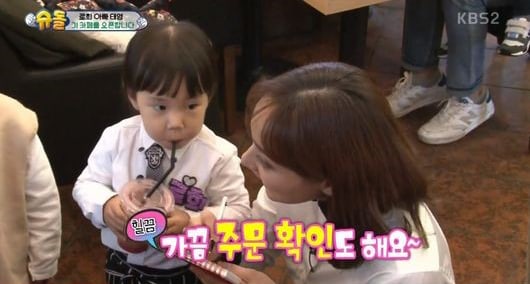 Because of the crowded space, the customers ended up conversing about parenting while sharing shared tables. Ki Tae Young advised fellow fathers, “Children seem to look at the mouths of their mom and dad when they learn a language. During the winter, be careful of norovirus and hand-foot-and-mouth disease.” 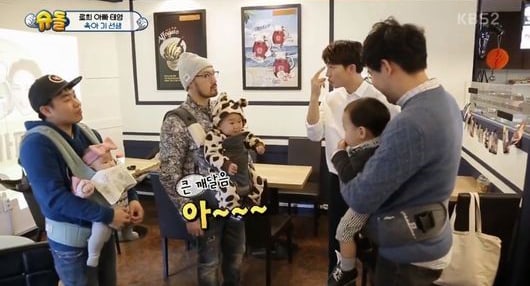 To wish Rohee a healthy and bright future, the customers created a Rohee Tree together. Ki Tae Young thanked everyone by saying, “I will raise her well. I wish everyone happy parenting in this cold weather.”

Eugene and Rohee also thanked Ki Tae Young through a video message. Eugene said, “You did a great job for the last two years. Thank you for enduring well as a father and making many lasting, beautiful memories.”

Rohee also told her father, “You know right? I love you.”

The Return of Superman
Rohee
Eugene
Ki Tae Young
How does this article make you feel?