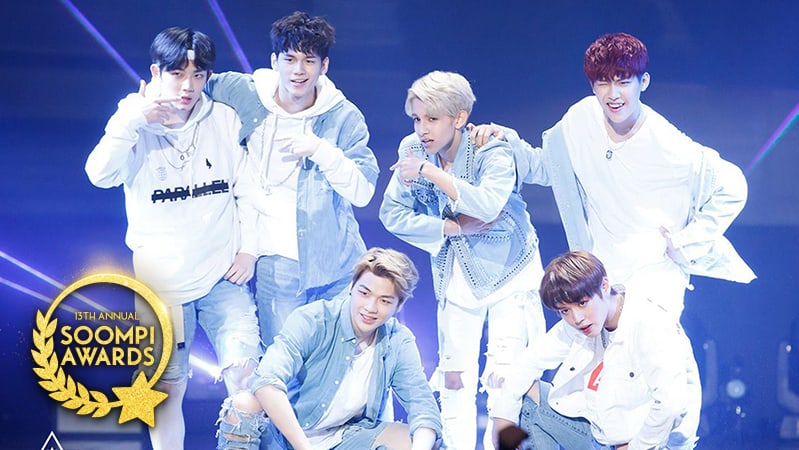 10 Music Reality Shows That Made 2017 An Exciting, Dramatic Year

2017 was the year of music reality shows, and we couldn’t get enough of them. Whether it was an intense survival show of idol trainees or well-known singers competing against each other, these variety shows glued our eyes to the screen. New super-talents, hidden gems of popular idol groups, rappers with beautiful singing voices — there were just too many things to discover.

Here are the best music reality shows of 2017, introduced by the things they did best.

There were just too many things to enjoy about “Produce 101,” and everyone’s pretty much still in love with the 11-member super-rookie group, Wanna One. The songs written for the show were incredibly catchy, too; the chorus of “Pick Me (Nayana)” will probably never leave our heads.

Speaking of “Never”: let’s listen to this masterpiece produced by Pentagon’s Hui again!

“The Unit” — The greatest spotlight on lesser-known idols

Inspired by the success of NU’EST members on “Produce 101,” the main goal of “The Unit” is to give lesser-known idols a new chance. Performers from countless idol groups decided to participate, and it’s bittersweet to watch some of our favorites fighting for the spotlight again. Nevertheless, these boys and girls are able to show the world what they are capable of, and there are just too many amazing artists we’ve already (re)discovered through the show.

Check out how HOTSHOT’s Timoteo and Hojung’s rebooting went!

“MIXNINE” — The best chance to take a look behind the scenes

YG Entertainment’s Yang Hyun Suk didn’t hesitate to start his own music survival show; one of the most exciting parts of MIXNINE was probably the auditions: Yang Hyun Suk traveled to music agencies all over the country looking for contestants. It was fascinating to see the different circumstances of these idols and trainees, and we could finally take a peek behind the scenes!

“Show Me the Money” — The show with the smoothest flow

The sixth season of “Show Me the Money” was full of highly skilled rappers, and they surprised us with iconic performances and memorable verses during the show. The producer teams were a huge help to these aspiring rappers, and some of the tracks were actually killing it on all the major music charts.

Just like “1 Out Of N” produced by Dynamic Duo’s team!

All nine boys from JYP Entertainment’s pre-debut boy group Stray Kids found their way to audience members’ hearts pretty quickly, so everyone wanted them to survive the show and debut together. Even Park Jin Young was taken by surprise when he saw that 96 percent of the audience voted for all nine members to stay in the group.

No wonder everyone was supporting them, as “Hellevator” is perfect the way it is!

“Fantastic Duo” gives an opportunity for fans to sing with their favorite singers, and the second season brought us many surprisingly sweet and heartwarming moments. Including the emblematic duet of Psy and IU, and Baek Ji Young and Heechul’s “My Ear’s Candy,” the list is never ending.

One of the cutest moments was gugudan member Sejeong’s dream coming true: singing with Ailee.

“King of Masked Singer” — The most surprising reveals

Many idols wanted to demonstrate their talent on “King of Masked Singer” in 2017, too. We were lucky enough to listen to their beautiful voices, and some of these reveals were a very pleasant surprise for everyone. It was incredible to see how many rappers actually appeared on the show and blew us away with their voices.

Take iKON’s Bobby as an example!

Watch the latest episode of “The King of Masked Singer”:

“I Can See Your Voice” — The coolest sister reunion

Can you guess whether the lipsyncing people on this show are professional singers or not? That’s what the guests on “I Can See Your Voice” need to do. The greatest shock was caused by a contestant who introduced herself as “Minah’s talented older sister.” When she got a chance to sing, it turned out she really was the sister of Girl’s Day’s Minah. She was even joined by her sister during the performance!

Don’t be fooled by the title: “JYP’s Party People” is not only about getting turned up! Although the atmosphere reminds us of a club and we can see our favorite idols loosen up a bit, one of the best aspects of Park Jin Young’s show is the “Song Grabbing,” where guests choose a song and perform it in a unique way.

EXO’s Chanyeol sang his version of Radiohead’s “Creep” and left us all in awe!

Our favorite Unnies are back! The second season of the show focused on the girl group project, following Min Hyo Rin’s dream in Season 1. The second generation of “Unnies” were just as fun to follow as the ladies of the first show and it was heartening to see the members opening up, bonding, and creating real friendships.

It was adorable how they set up some ground rules together!

Check out the nominees for Best Music Reality Show in the 13th Annual Soompi Awards below (introduced by Oh My Girl’s Arin and Hyojung), and don’t forget to vote!