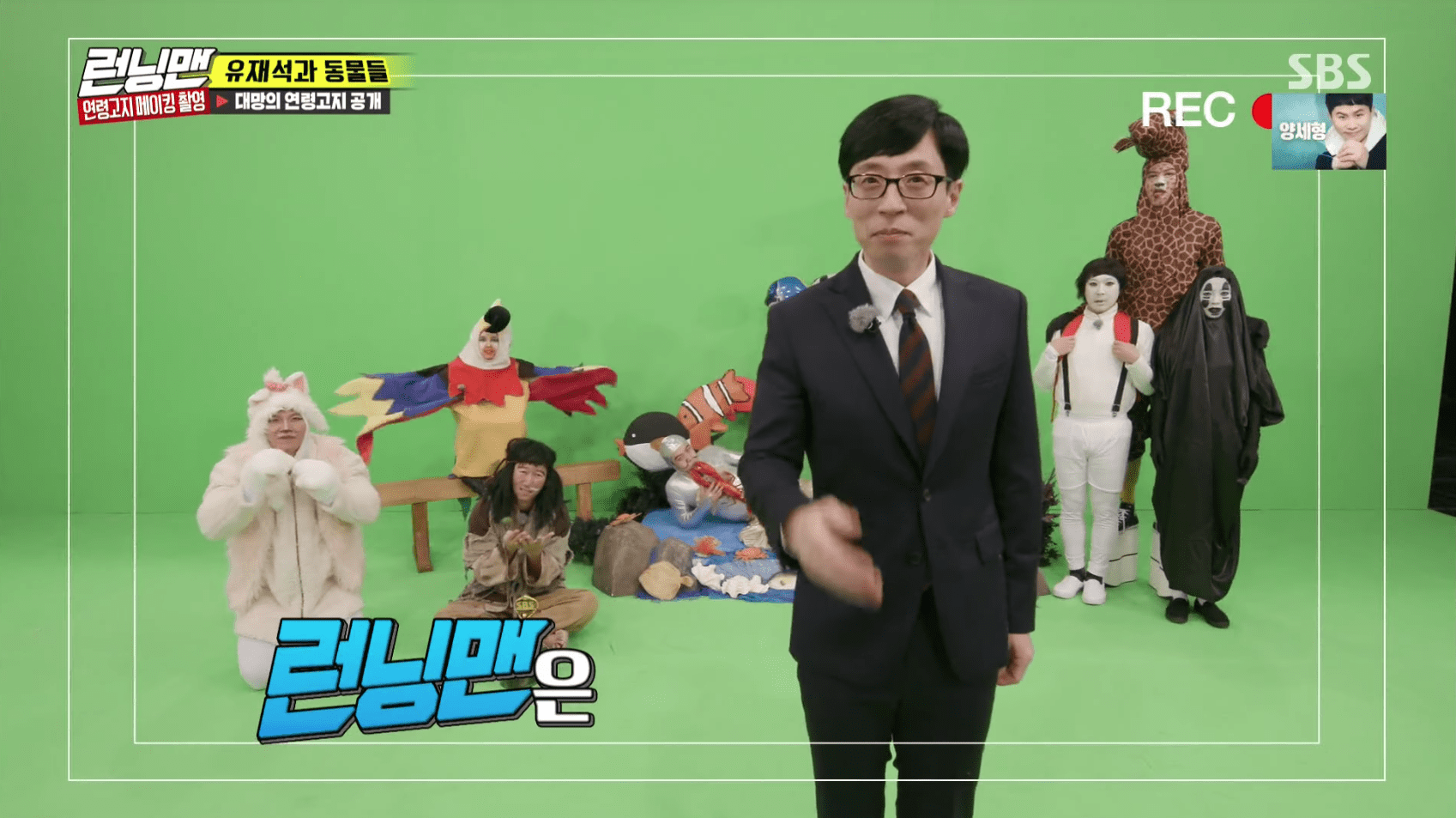 On the January 21 episode of SBS’s “Running Man,” the cast finally picked who would get to star in their own special segment.

After a series of games, Yoo Jae Suk emerged the final winner and decided that the rest of the members would dress up in weird costumes around him. On a green screen set, he showed up wearing a suit and directed the others, who were dressed as a catfish (Yang Se Chan), giraffe (Lee Kwang Soo), No-Face from “Spirited Away” (Song Ji Hyo), a beggar (Ji Suk Jin), Toshio, a character from a famous Japanese horror movie series (HaHa), a parrot (Jun So Min), and a cat (Kim Jong Kook). 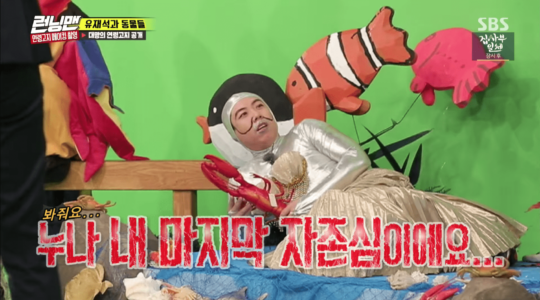 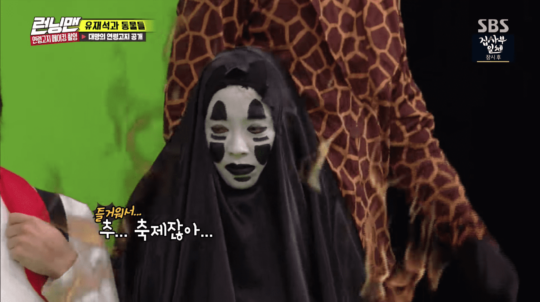 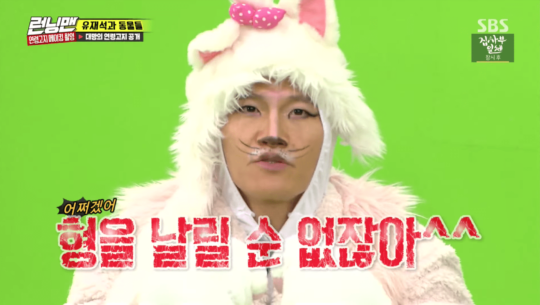 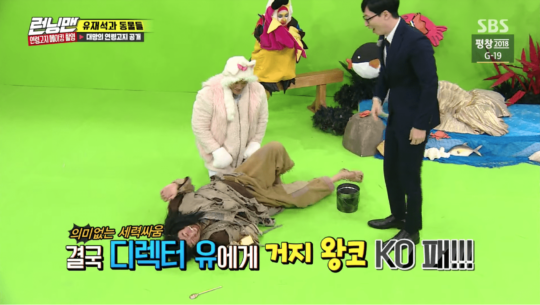 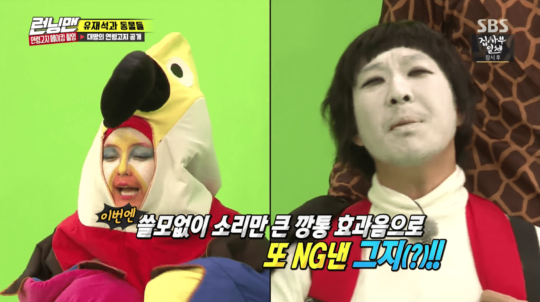 Although the rest of the members wanted to get it over as fast as possible, Yoo Jae Suk proved to be a fastidious director, continuously finding fault with whatever the cast did in their uncomfortable but hilarious costumes. Of particular note was Lee Kwang Soo’s costume, which was so tall that he required the help of his fellow members to even walk. 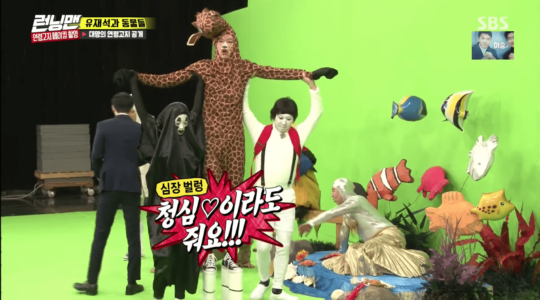 Watch “Running Man” on Viki below: