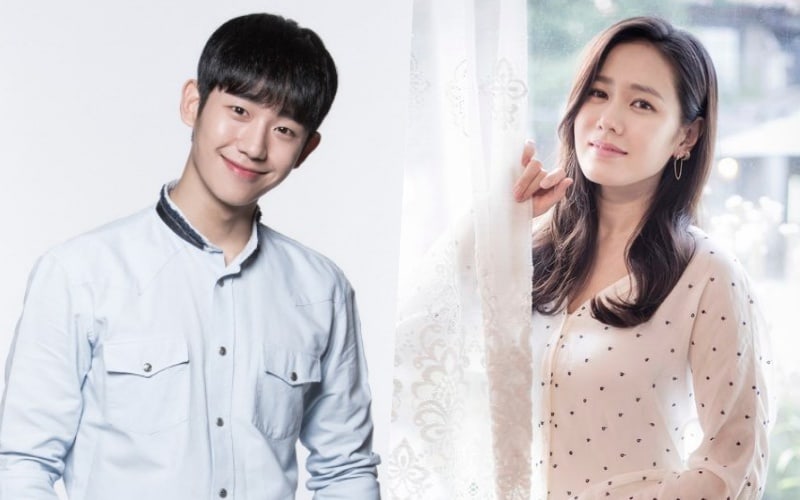 Actor Jung Hae In has been confirmed as the male lead who will work alongside Son Ye Jin in JTBC’s upcoming Friday-Saturday drama, “Pretty Noona Who Buys Me Food” (literal translation).

The new drama will tell the story of two people who were just acquaintances but soon fall in love. Excitement is high for the production as it will be helmed by director Ahn Pan Suk, who has worked on three other JTBC dramas, “A Wife’s Credentials,” “The End of the World,” and “Secret Love Affair.”

Jung Hae In will play Seo Joon Hee, a character designer at a computer video game company. He is someone who has returned to Korea for the first time in three years since working overseas for his job. Though he isn’t keen on returning after living a relatively free life abroad, everything changes when he meets Yoon Jin Ah (Son Ye Jin). He doesn’t want to make it took obvious that he’s interested, but he can’t take his eyes off of her.

The actor is a rising star who is both handsome and talented. He has been impressing viewers with recent productions like “While You Were Sleeping” and “Prison Playbook,” as well as films “Conspiracy” and “Heungbu.” This will be the first time Jung Hae In plays the lead in a romance drama. When asked why he chose the drama as his next project, he explained, “It’s a love story that anyone can relate to and I was drawn to the character of Seo Joon Hee, who has a free spirit but is also more sincere than anyone when it comes to love.”

He also shared his feelings about working alongside director Ahn Pan Suk and actress Son Ye Jin for the first time. Jung Hae In said, “I am full of excitement and anticipation to be working with these two on such a great production, though I also do feel a bit of pressure. I will work hard to make a good drama.”

“Pretty Noona Who Buys Me Food” is set to begin airing in March on JTBC as the follow-up drama to “Misty.”