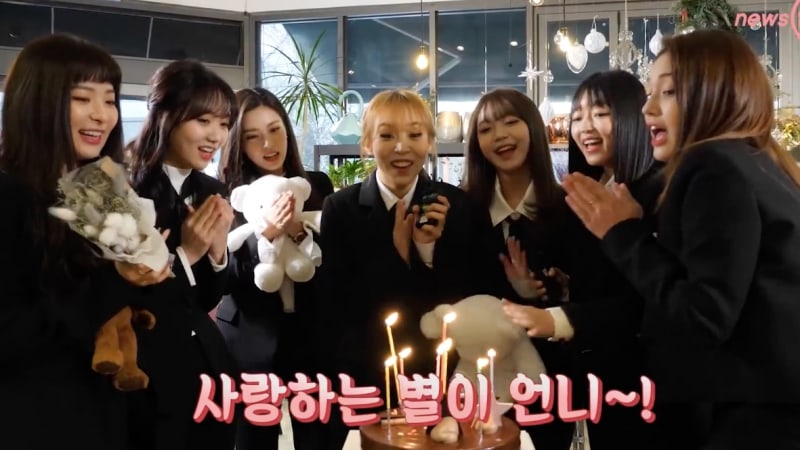 The seven girl group members, who starred together in the variety drama program “Idol Drama Operation Team” last year, recently reunited to celebrate Moonbyul’s birthday and to catch up with one another.

The reunion got off to an amusing start when Seulgi arrived to find that all of the other Girls Next Door members had dressed up for the occasion. As it turned out, her stylist had apparently not been aware of the black-and-white dress code—while all the other girls were wearing black suits and heels, Seulgi was the only one dressed entirely in casual wear. 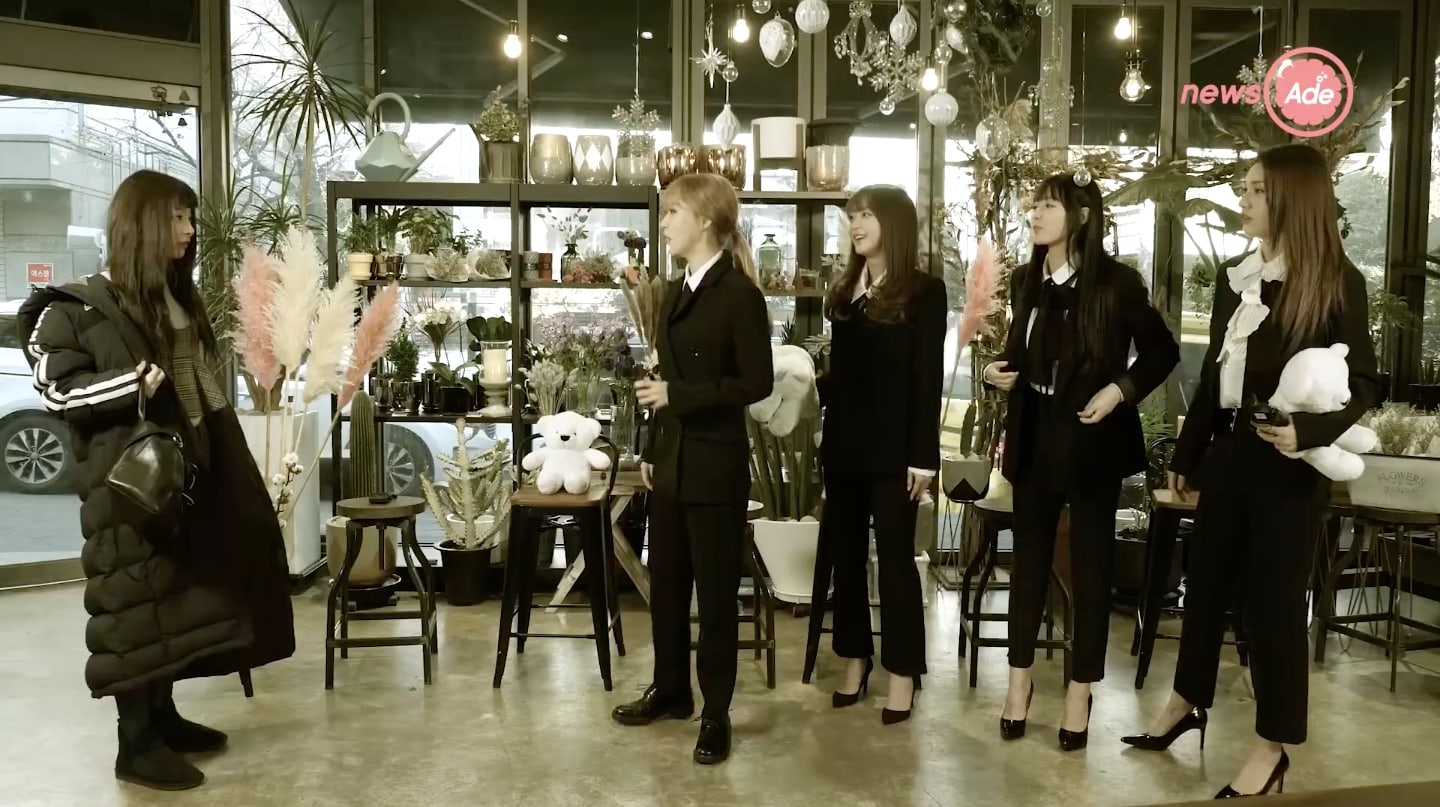 After beating a hasty retreat, Seulgi fortunately managed to return after finding an outfit that matched the other members. 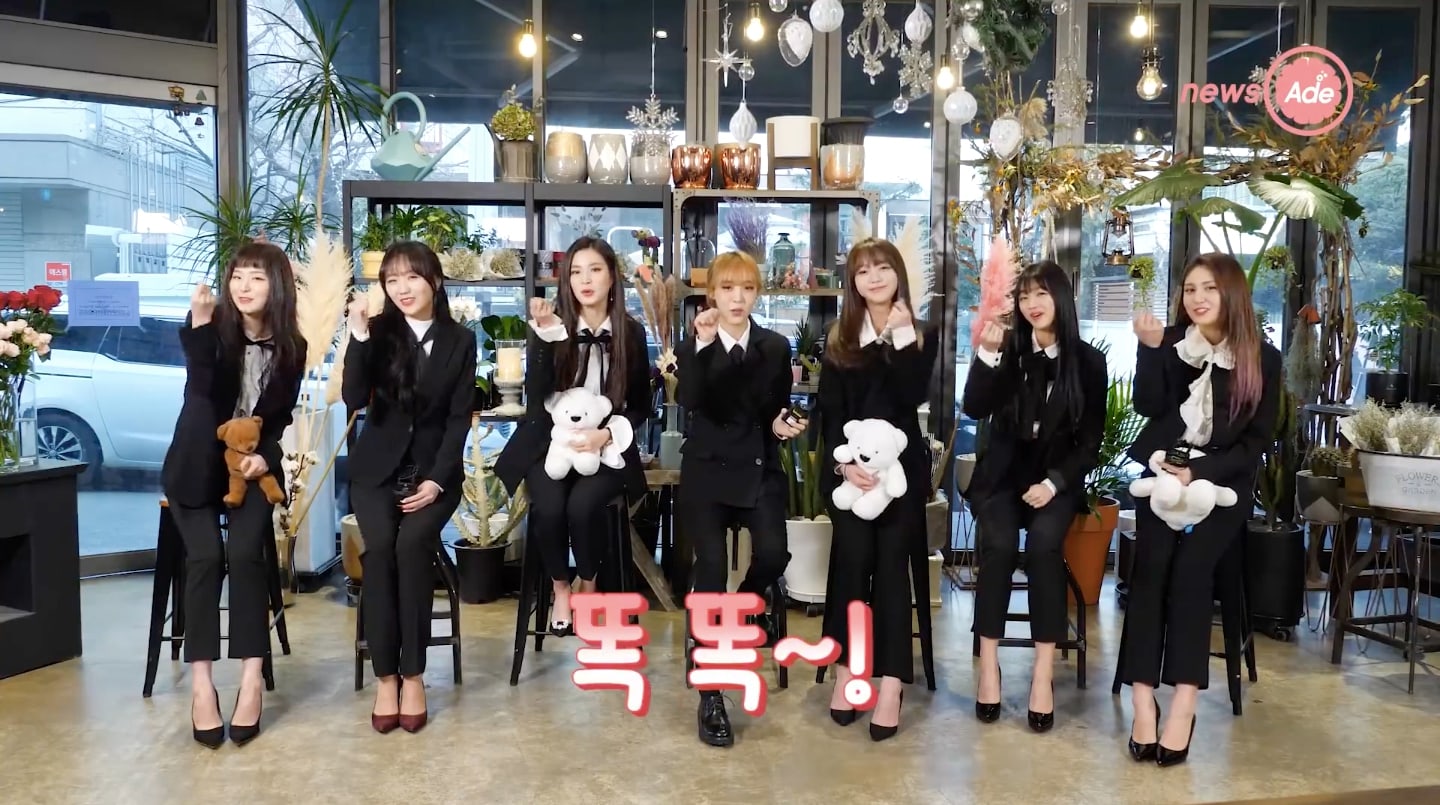 All seven idols expressed that they had missed each other, lamenting that it was hard to find time to hang out amidst their busy schedules. The members took turns talking about what they’d been up to recently, and they all particularly congratulated Kim So Hee on her November debut.

The Girls Next Door members also played a quiz game that tested their knowledge of each other’s recent activities, as well as their memory of “Idol Drama Operation Team.” In the end, Seulgi emerged the victor, with YooA and Sujeong tying for second place. 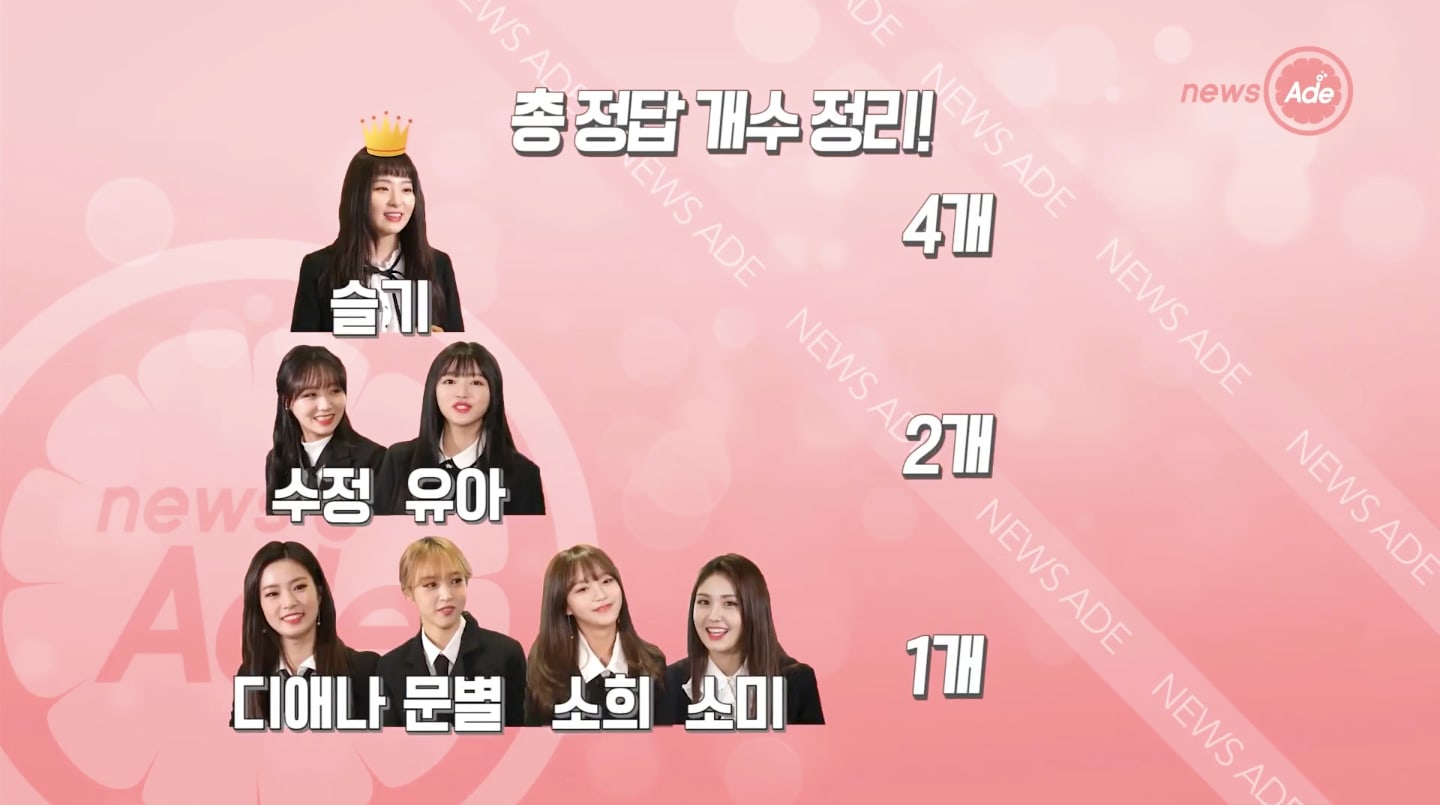 As the reunion came to an end, the members were reluctant to say their goodbyes, mentioning that they wanted to do another show together. Moonbyul suggested that they film either another season of “Idol Drama Operation Team” or a reality show like KBS’s “Invincible Youth,” which featured members of famous girl groups like Girls’ Generation, KARA, Secret, T-ara, and Brown Eyed Girls.

“I really want to do something like that, because I think it’d be so much fun,” said Moonbyul, as the other members excitedly agreed.

“Next time, [we should do] something more like a reality show,” Sujeong chimed in, while Kim So Hee exclaimed, “I’d love that!”

Jeon Somi urged their fans to actively show their interest in seeing another Girls Next Door program, saying, “It’s only possible for us to greet you [together] if the viewers offer us a lot of support!” 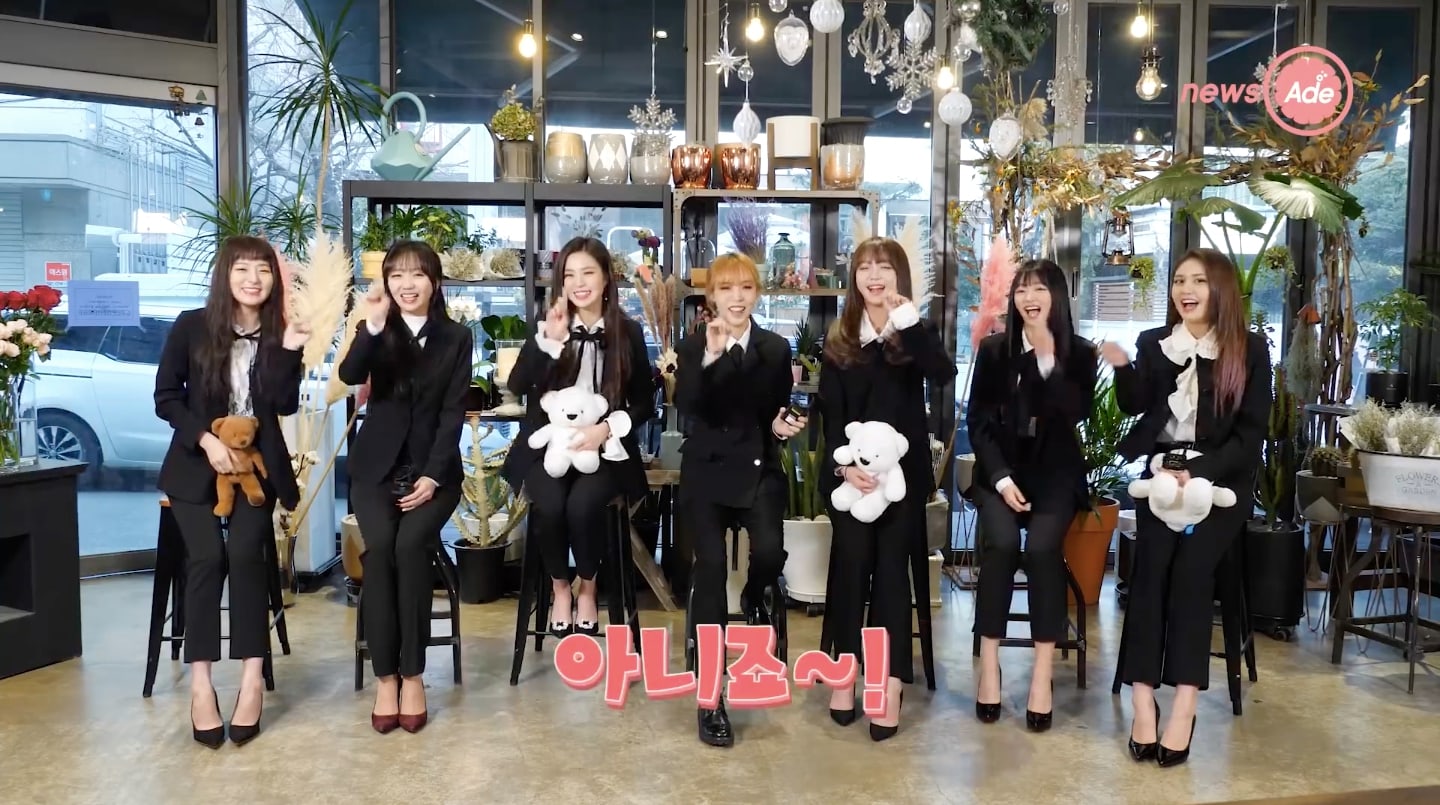 The girls ended the reunion on a hopeful note as they declared, “Until the day we meet again!”

What kind of program would you like to see Girls Next Door tackle in the future? Leave your thoughts below!