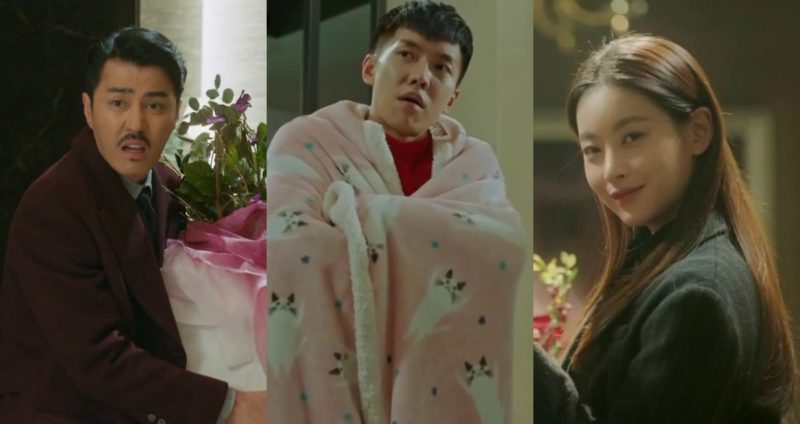 10 Things That Happen In Every Single Episode Of “Hwayugi”

If there’s one thing we’ve learned from “Hwayugi,” it’s that life as a demon in the human world is no walk in the park, especially when all of your friends are also monks, demons, and zombies. Throw all these eccentric characters together into one drama, and it’s a recipe for some epic recurring absurdities and running jokes that only get more hilarious with each week. From body part malfunctions to the consumption of exorbitant amounts of ice cream, here are 10 things that we can be sure will happen in every episode of “Hwayugi”!

1. Someone uses Ma Wang’s bull statue as a coat hanger 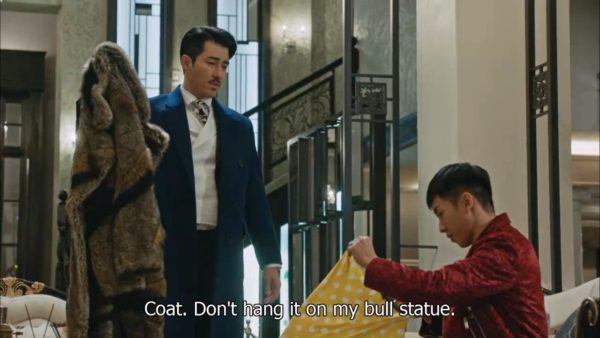 But it’s not just Oh Gong who has found the statue to be in a prime coat-hanging location, and the whole demon gang, plus Jin Sun Mi (Oh Yeon Seo), has taken up his cause.

Ma Wang should probably just move his statue, because he’s clearly fighting a losing battle — and Oh Gong has some even more mischievous ideas up his sleeve!

It’s hard to believe that Oh Gong’s outlandishly massive fur coats don’t keep him warm, but alas, the poor Great Sage is always complaining about the cold — but hey, if we were born in a volcano, we probably would be too. 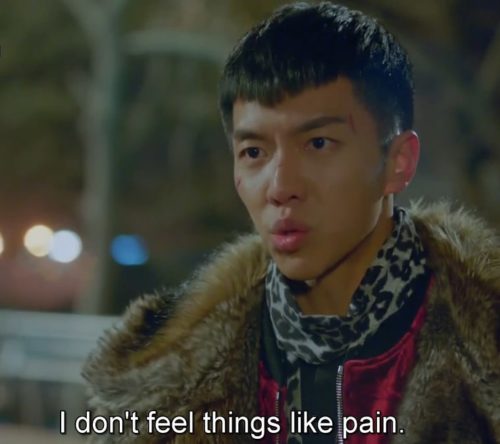 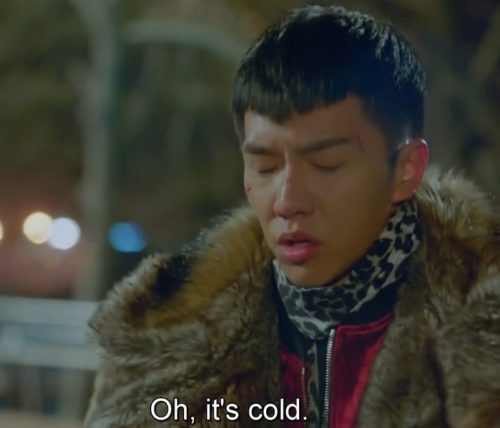 If there’s an upside to Oh Gong’s predicament, it’s that he’s definitely given us some fresh new winter fashion ideas. 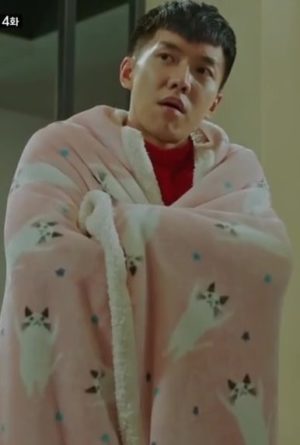 3. Bu Ja struggles to keep it together

Lively though she may be, Bu Ja (Lee Se Young) is still a zombie, which she’s learned has its pros — like not being dead — and cons, like the fact that her body is slowly decaying and sometimes its parts cease to function at inopportune times. 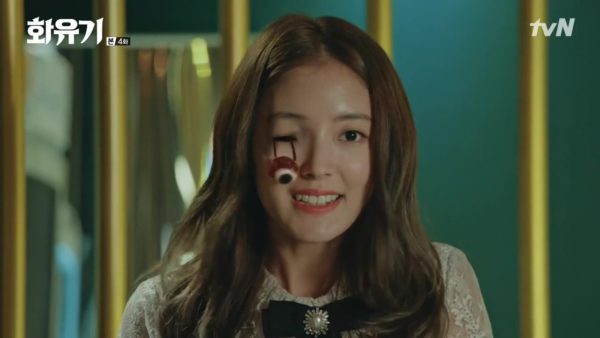 She may not be able to wink or do the splits, but at least sweet Bu Ja has now eaten enough energy balls that she no longer has to sleep in the refrigerator.

4. Han Joo is thoroughly weirded out

Lee Han Joo (Kim Sung Oh) is going to have some serious psychological damage to deal with after his contract as Sun Mi’s assistant ends. Arguably the only normal character in the drama, Han Joo witnesses a new absurdity every week, made all the more bizarre by the fact that he doesn’t even know that his boss is a monk and her companions are demons, sages, and zombies.

But bless this man’s soul, he’s so good-natured that he takes it all in stride.

We hope Sun Mi is paying him well!

5. Secretary Ma wants to kill someone

It’s a good thing Secretary Ma (Lee El) is so obedient to Ma Wang, because if she had it her way, we wouldn’t have any characters left in this drama. 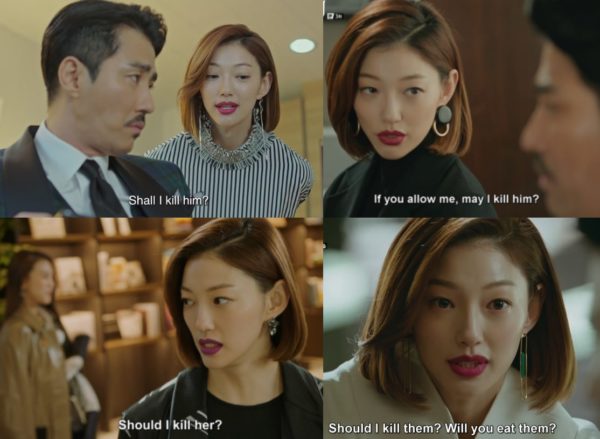 6. Ma Wang and Oh Gong mess with each other

The saga of the bull statue is just the tip of the iceberg for Ma Wang and Oh Gong’s antagonistic relationship, and these two find plenty of other ways to make each other squirm. Like when Ma Wang tried to set Sun Mi up with another man to make Oh Gong jealous, or when Oh Gong laced Ma Wang’s wine with Sun Mi’s blood to make him go crazy from wanting to eat her…. You know, just your typical frenemy things. 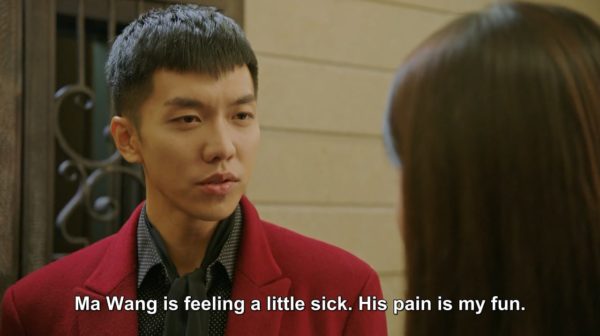 There are few things that the “Hwayugi” characters love more than ice cream and booze, if the amount of time they spend at Summer Fairy’s (Sung Hyuk) bar and General Winter’s (also Sung Hyuk) ice cream stand is any indication. Although, they probably also appreciate the love advice and life wisdom that they get with their orders — heaven knows they need it! 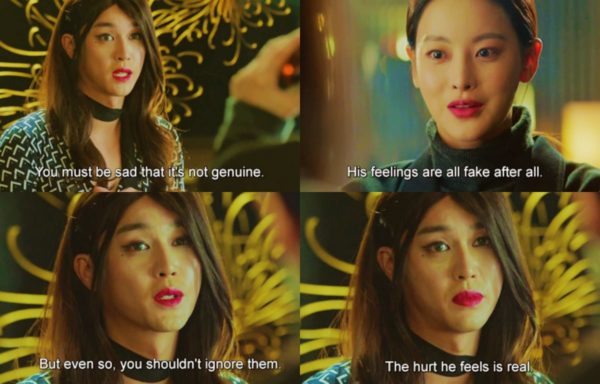 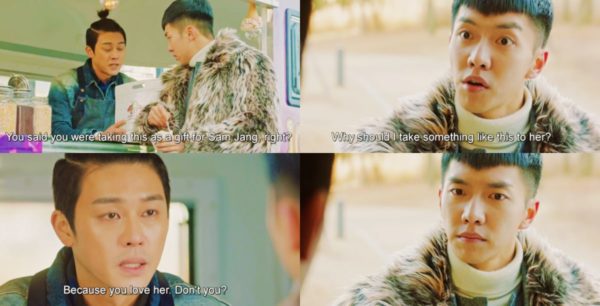 And we can’t think of a better way to get relationship advice than over some ice cream or whiskey. Although maybe Oh Gong wouldn’t be so cold all the time if he stopped eating so much ice cream?

On the other hand, maybe Oh Gong indulges in so much ice cream because he can’t partake in drinking, thanks to his ongoing ban on alcohol. But just because he isn’t allowed to drink doesn’t mean he can’t think about drinking, and the Great Sage can often be found daydreaming about alcohol. 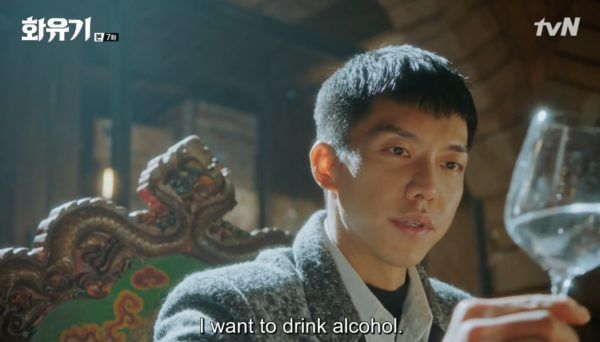 Or polishing his vast collection of booze that he is saving for the day the ban is lifted. 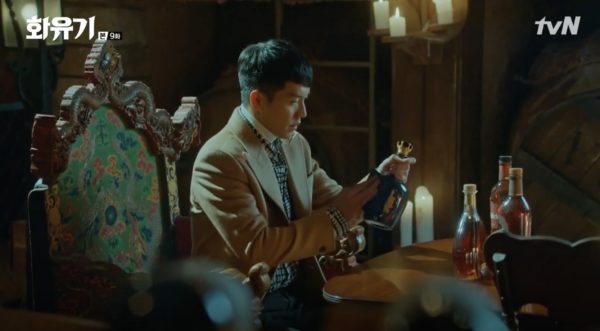 We wouldn’t be surprised if this is what he spends the majority of his off-screen time doing.

The hardest part about watching “Hwayugi” is that one minute you’re laughing out loud, and the next you’re curled up in your seat, creeped out by animated dolls, phantom paintings, and library ghosts galore. 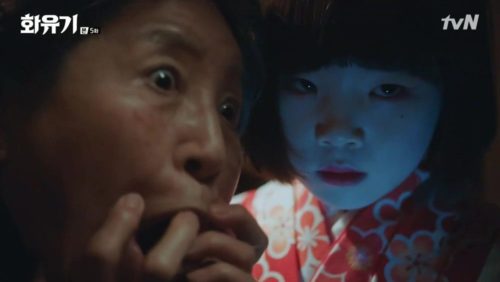 Because we never know when exactly it’s coming, but “Hwayugi” never fails to give us a little fright every week.

10. Oh Gong does something cheesy (but cute) for Sun Mi

It wouldn’t be an episode of “Hwayugi” if Oh Gong didn’t do something incredibly cheesy to show his affection for Sun Mi.

And while he’s been blaming his sappy antics on the Geumganggo thus far, we know that his feelings are real and his displays of love are genuine!

Is Ma Wang’s bull statue finally safe? Will Secretary Ma ever be allowed to kill someone? How many scoops of ice cream can Oh Gong eat in a day? As we embark on the second half of “Hwayugi,” we can’t wait to see how these jokes continue to unfold! Catch “Hwayugi” on Rakuten Viki, or start watching below:

Hey Soompiers, are you watching “Hwayugi”? What are your favorite things about the show each week? Let us know in the comments!