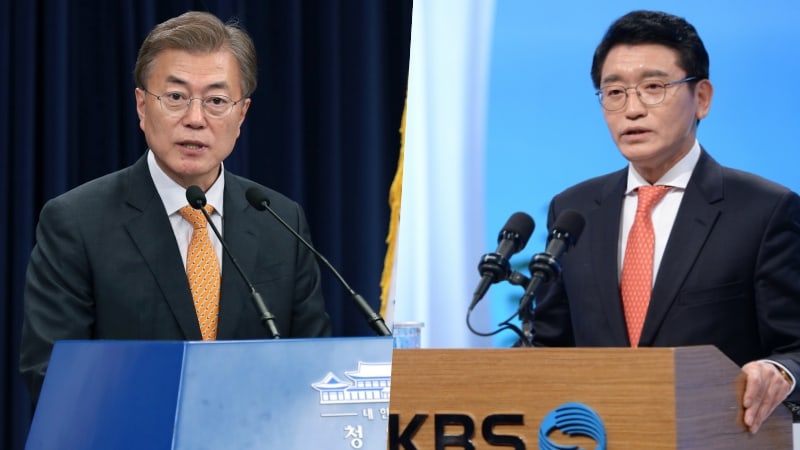 On January 23, it was revealed that South Korean president Moon Jae In gave the final approval to remove KBS president Ko Dae Young.

As a result, Ko Dae Young will be officially dismissed from the position on January 23 at 12 a.m. KST.

141 days since the KBS strike began on September 4, the motion to dismiss KBS president Ko Dae Young has been approved by the broadcasting company’s board of directors.

The motion was initially filed on January 8 against Ko Dae Young on charges including the harming of journalistic impartiality and failing to respect the opinions of employees. The details were presented to the 10 out of 11 board members who attended the closed-door meeting on January 22, and the motion was passed with a vote of six for and one abstaining.

The final dismissal of president Ko Dae Young will be decided by the President of South Korea, who holds the power to appoint or dismiss the KBS president.

Following the announcement, the KBS headquarters of the National Union of Mediaworkers released an official statement that read, “We’ve won. We held on for 141 days of strikes, and Ko Dae Young is finally out. Though our fight took 70 days longer than that of our MBC counterparts, who began their strike on the same day as us, what’s important is that we were able to make this happen with our own efforts. KBS now stands at the starting line of a new beginning.”

They went on to say, “We have only just removed the biggest hurdle that stood in the way of KBS becoming a true broadcasting company of the people. Our goal isn’t just to make KBS what it was 10 years ago, our goal is to end the broadcasting company’s shameful history of servitude and submission to power. We will create a KBS that touches the lives of our citizens and reflects their opinions and ideas.”

With the motion to dismiss the KBS president passing, the employees who participated in the strike are said to be planning to return to their jobs as soon as January 24.