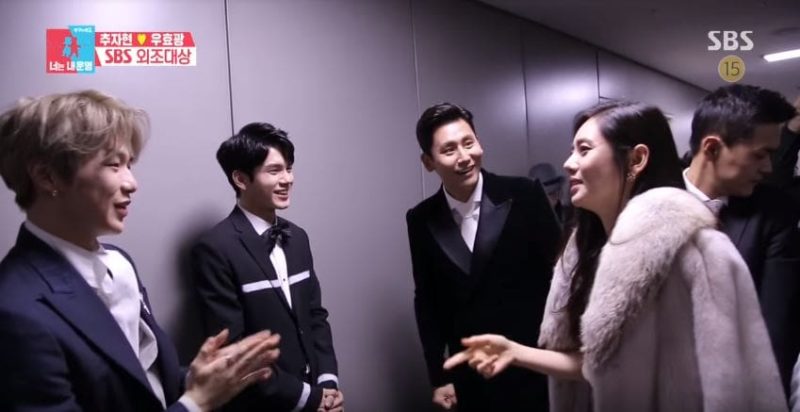 On the January 22 episode of “Same Bed Different Dreams 2-You Are My Destiny,” the famous married couple was behind the stage of the 2017 SBS Entertainment Awards when they coincidentally ran into the two Wanna One members. 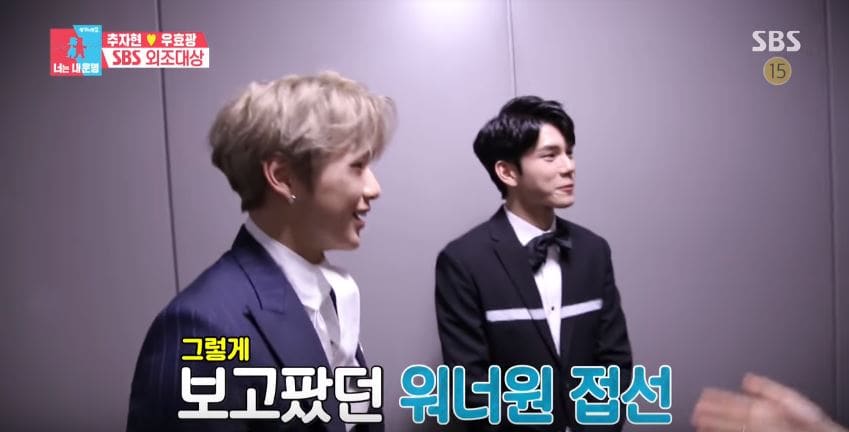 Chu Ja Hyun explained to her husband that they were one of the most popular groups in Korea. Yu Xiao Guang told them, “I see you guys on TV every day.” Then he proceeded to sing “Pick Me” as he attempted to copy their moves, which caused Kang Daniel and Ong Sung Woo to crack up on the spot.

Cha Ju Hyun told the idols that she’s a big fan of them. She said, “My husband isn’t the type to get jealous easily, but he gets kind of jealous when I watch you guys on TV. I always watch you guys sing, so he memorized your song.” When Cha Ju Hyun told Yu Xiao Guang that they will be performing on the stage that day, he cheered them on with a huge smile and shook their hands. 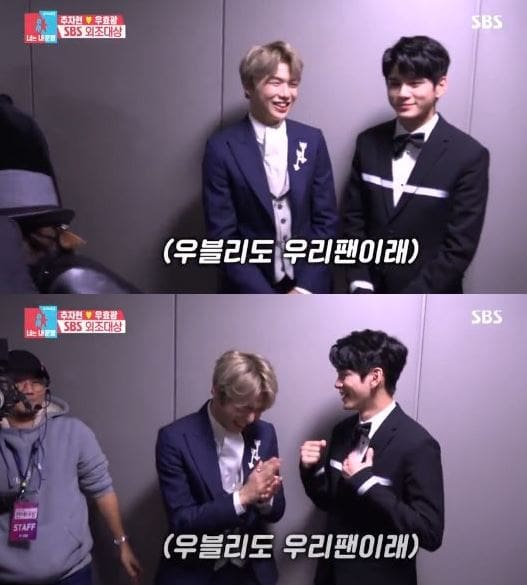