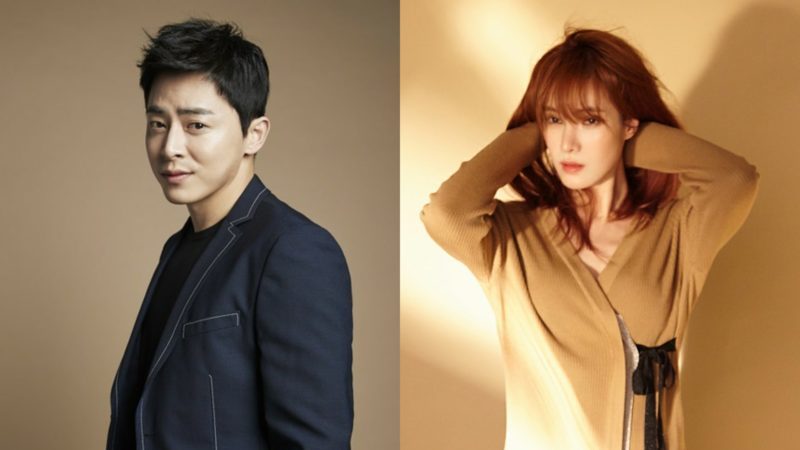 Actor Jo Jung Suk carefully opened up about his relationship with his singer girlfriend Gummy in a recent interview.

The two of them admitted they were dating in 2015, and are currently in their fifth year together. Their relationship has always been a quiet and secretive one, which is why there have been rumors about a break-up. However, recently during the 2017 MBC Drama Awards, he mentioned her name while receiving his Male High Excellence Award, and indirectly let everyone know they were still dating.

Jo Jung Suk said, “The reason why I mentioned her was because I’m grateful that she’s a huge fan of my dramas. [While I was filming “Two Cops,”] I didn’t have enough time to really see her or even talk to her. I would come home, sleep, wake up, and go to the [filming set] like a zombie. She was busy with concerts as well. I think all we exchanged were words like, ‘I’m enjoying your work.'”

At a question about articles about their rumored breakup, Jo Jung Suk laughed while replying, “I never even heard about those rumors. We’re dating well.” Concerning marriage, the actor said, “We don’t have particular wedding plans yet. Perhaps it’s because we’ve been dating for a long time, but I get asked that a lot. It’s only right for me to tell you if we do have such plans, but we don’t have any right now. The right thing to do would be to tell you when it’s time, right?”

The actor also commented on the negative parts of being in a public relationship for so long. Jo Jung Suk honestly shared, “If we’re talking about uncomfortable aspects, it’s when I get asked questions like this, and I just say what’s on my mind but then the articles only focus on this [topic]. So, it’s very unfortunate. I think that’s what is difficult about public relationships. Because my words can be delivered in a different way contrary to my intentions, it can be burdensome and difficult.”

Gummy
Jo Jung Suk
How does this article make you feel?