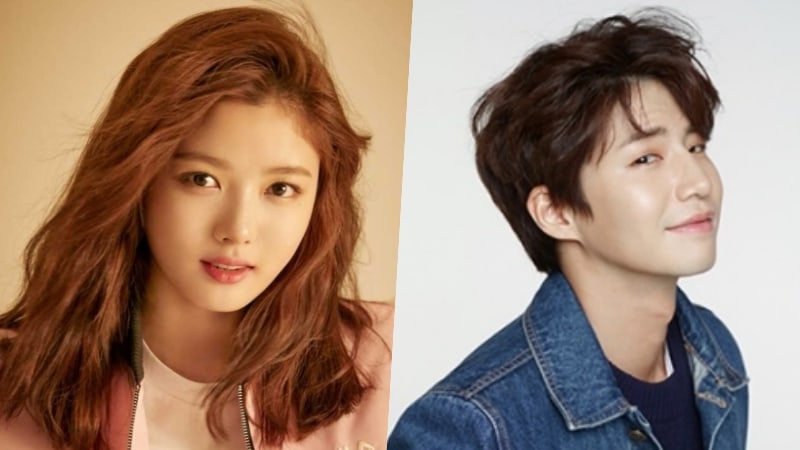 Kim Yoo Jung has been confirmed as the lead in JTBC’s upcoming drama “Clean With Passion For Now” (literal title), with Song Jae Rim currently in talks to join.

“Clean With Passion For Now” is based on a popular webtoon about Jang Sun Kyul, who has wealth and good looks, but suffers from severe mysophobia. Jang Sun Kyul is obsessed with cleaning and even owns his own cleaning company. However, when he meets a carefree and untidy girl named Gil Oh Sol after she enters his company as a new employee, they fall in love and change each other under rather bizarre circumstances.

Kim Yoo Jung will be playing the role of Gil Oh Sol, who prioritizes survival over cleanliness. Gil Oh Sol has worked all sorts of part-time jobs while striving for a full-time job and does not have the luxury to be clean or date. Oh Sol gave up on being neat after facing the tough reality of the world, and is known for always wearing her trademark tracksuit.

“Clean With Passion For Now” marks Kim Yoo Jung’s drama comeback after two years, and also her first role since becoming an adult. Kim Yoo Jung shared her reasons for choosing the role, saying, “I was drawn to the drama as soon as I read the script because the subject is so unique. I want to portray the fresh and bright Oh Sol’s optimistic energy well, in addition to the fresh atmosphere that encompasses the drama itself.”

The actress added, “Through this production, I want heal the viewers who are weary and tired, so their hearts can become clean and shiny again. I will prepare hard, so please look forward to it.”

Song Jae Rim is also currently in talks to join to take on a role that is unique to the drama, and not found in the original webtoon. The actor’s agency, SM C&C, revealed on January 22 that Song Jae Rim is positively reviewing the offer.

If Song Jae Rim does join the drama, he will be making his drama comeback in a year following the conclusion of SBS’s “Our Gap Soon.” Song Jae Rim will also be crossing paths with Kim Yoo Jung again after six years as they both starred in MBC’s “The Moon Embracing the Sun” in 2012. While they did not have overlapping scenes, Song Jae Rim starred as Woon, while Kim Yoo Jung played the younger version of Yeon Woo.

“Clean With Passion For Now” will broadcast its first episode on JTBC in April, following the conclusion of “Waikiki.”

Kim Yoo Jung
Song Jae Rim
How does this article make you feel?