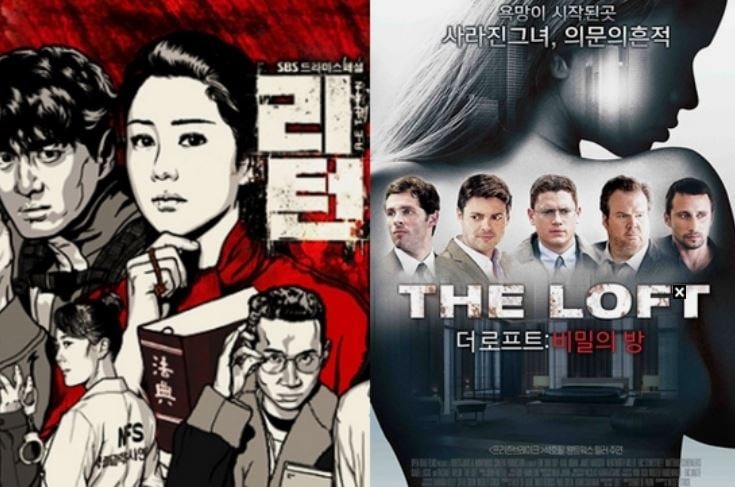 On January 22, the production crew of “Return” stated, “The setting and storyline of ‘Return’ is one that is common throughout thrillers. It is merely a plot device. To say that it is plagiarism is wrong. The story that will be told in the drama is also exhaustless. When looking at the big picture, viewers will be able to see that it is not plagiarism.”

“Return” aired its first episode last week and achieved first in its time slot for viewership ratings with its immersive and intense story. Its strong content in sexuality and violence may have been rough on the eyes but its strong cast brought the story to life.

The work that is being compared to “Return” is the 2014 Belgian film “The Loft: The Room of Secrets.” The film is about five middle-aged friends who have it all, whether it is family background, honor, money, etc. The men each hold a key to a secret penthouse they built, where they enjoy their own secret love affairs. However, one day the corpse of one man’s mistress is found and it is later revealed that the other four conspired to kill the mistress and place the blame on the other man.

The plot of the last four episodes of “Return” is similar to that of the film. Kang In Ho (played by Park Ki Woong), Oh Tae Suk (played by Shin Sung Rok), Kim Hak Bum (played by Bong Tae Kyu), and Seo Joon Hee (played by Yoon Jong Hoon) are respected members of society who have family background, honor, and money. They establish a base at a penthouse, where entrance is only granted with fingerprints belonging to the men and Yeom Mi Jung (played by Han Eun Jung). Han Eun Jung is in a secret affair with Park Ki Woong, who is married to Geum Na Ra (played by Jung Eun Chae). One day, Han Eun Jung is found dead and suspicions are on Park Ki Woong. The most recent episode ended with the other three men meeting at the penthouse, revealing their betrayal.

To be legally caught for plagiarism, the dialogue or scenes need to be similar, but that appears not to be the case for “Return” and “The Loft: The Room of Secrets.” It appears that merely the initial storyline is similar. However, the beginning stages are crucial for a drama and if they borrowed their base plot devices from the film then that may cause trouble. Accusations of plagiarism are only pushed through if the original creators strongly argue their case.

You can check out the first episode of “Return” below: