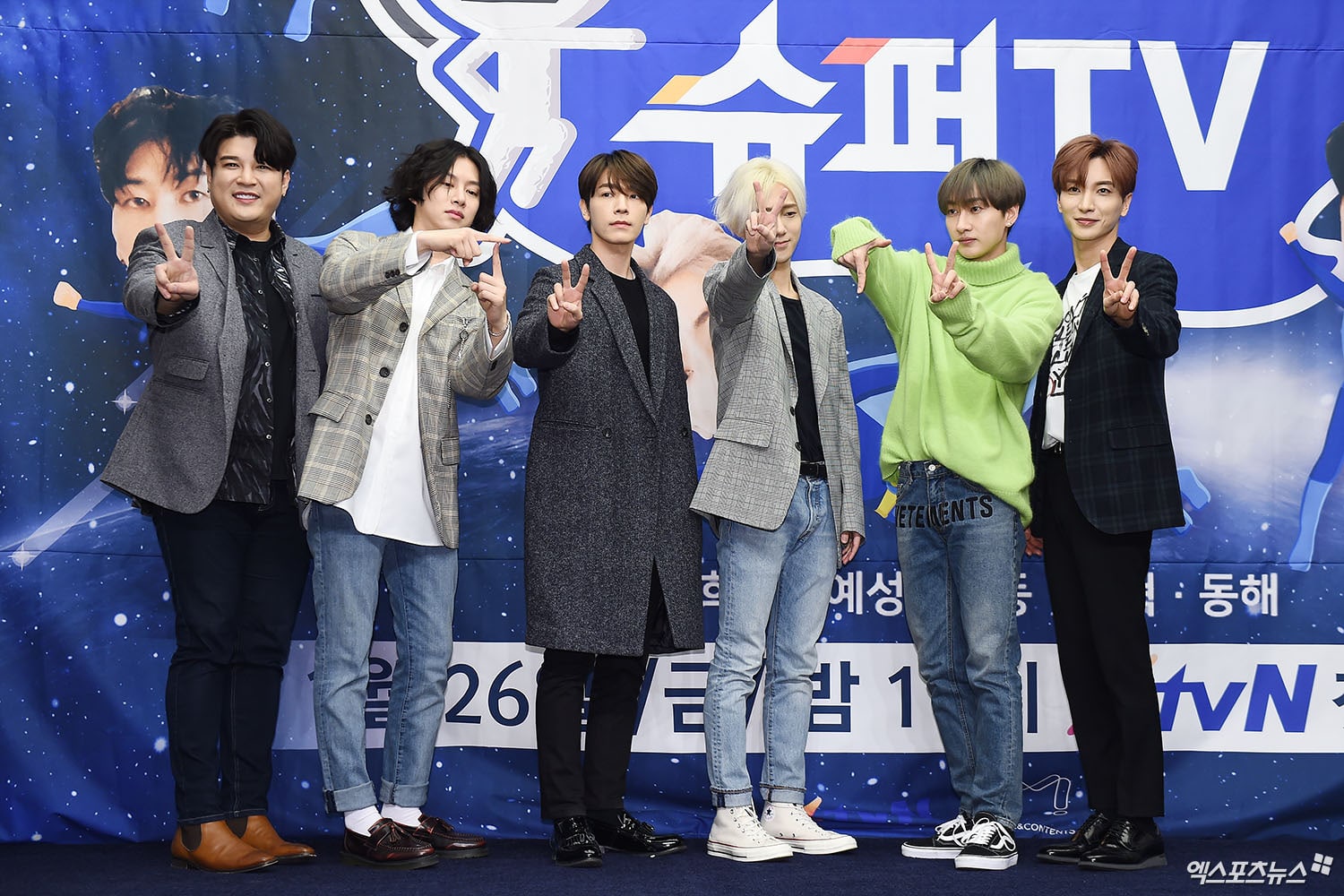 The members were asked about their thoughts on “Super TV” airing during the same timeslot as MBC’s “I Live Alone.” Heechul was surprised at the question and answered jokingly, “We are going up against ‘I Live Alone’? What do we do?” He continued, “Jun Hyun Moo received the Grand Prize in 2017 and even before that, ‘I Live Alone’ became MBC’s prime TV show. I enjoy watching it as well.”

Heechul added, “Honestly speaking, I am very worried. We started ‘SJ Returns—Super Junior Real Comeback Story’ to promote the album, but because it did better than our expectations, we extended it, which became ‘Super TV.’ This time, it won’t be just our fans watching but a program that other viewers watching, so we need to work hard to raise the viewership if we’re competing against ‘I Live Alone.'” 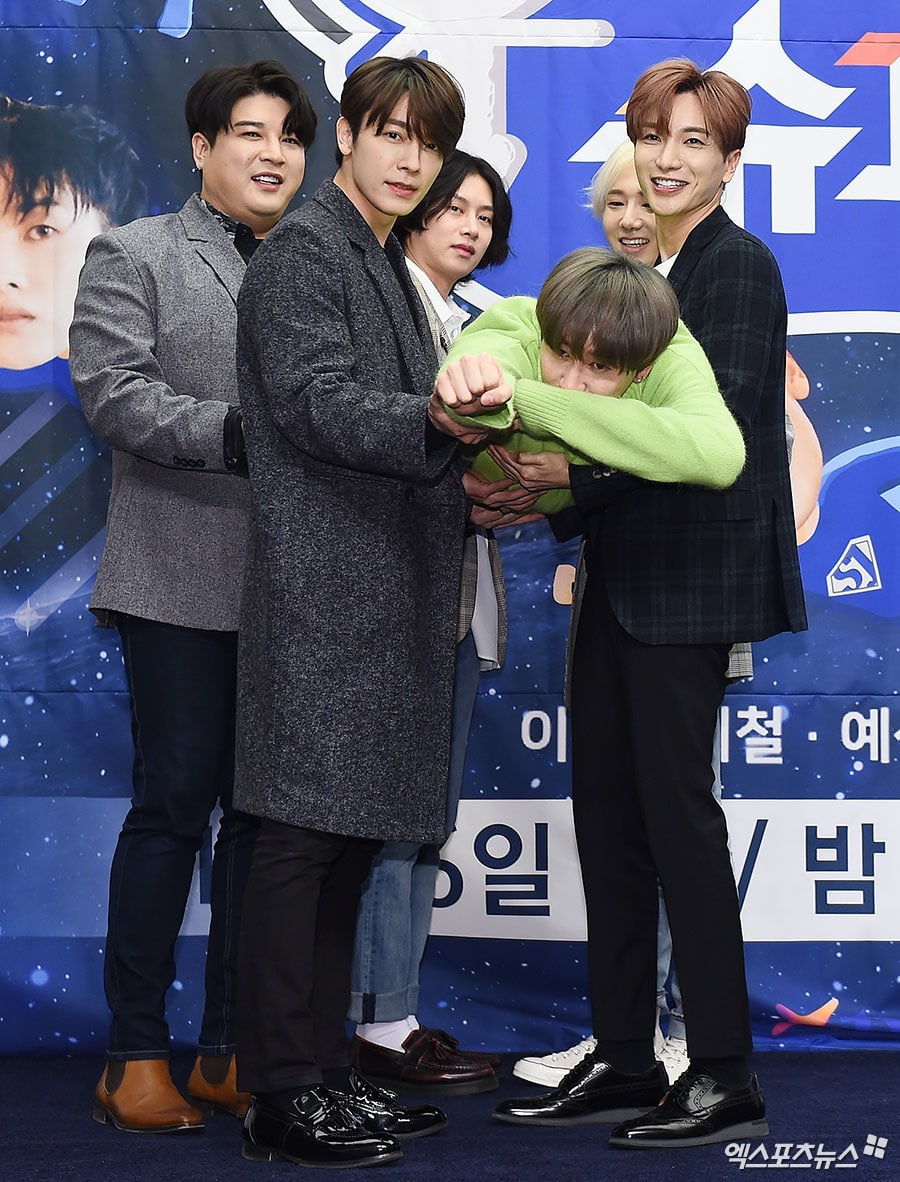 Leeteuk commented, “I honestly didn’t think about that. We thought we would continue following the success of ‘Youn’s Kitchen 2,’ but there was a surprise rival. But ‘Youn’s Kitchen 2’ is doing well, so I think it would be a positive outcome if we achieve just half of its viewership.”

During Super Junior’s promotions for “Black Suit,” the members made and fulfilled their promise to sell black suits on a home shopping channel after surpassing 200,000 in album sales. The members once again announced their promises with viewership ratings for “Super TV.”

If “Super TV” surpasses 5 percent in viewership ratings, Eunhyuk promised to show Ryeowook after he gets discharged from the military on the show. Donghae said he would continue to appear on variety programs, while Shindong promised he would start a diet.

“Super TV” will air on January 26 at 11 p.m. and continue to air every Friday on XtvN. Check out the teaser here!

Super Junior
XPN
Super TV
How does this article make you feel?