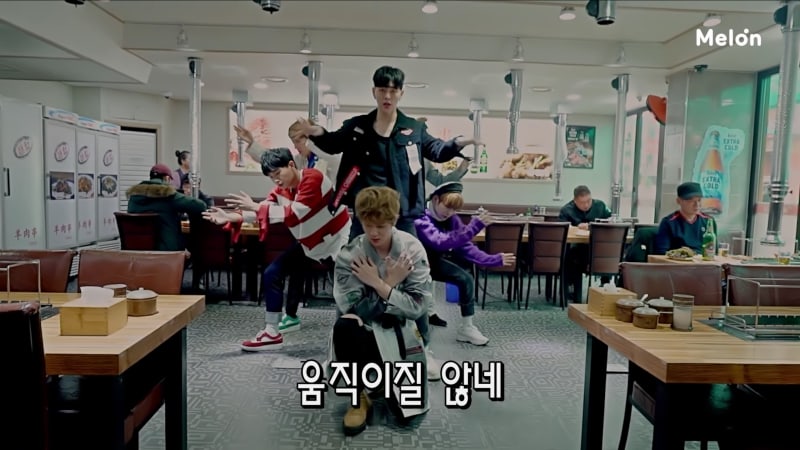 JBJ carried out a mission of performing their latest track “My Flower” inside of a lamb skewer restaurant.

In a video uploaded on 1theK on January 23, JBJ appeared in a series called “OMG Live.” This original content created by Melon challenges singers to carry out a perfect live performance in surprising places. Jessi, GFRIEND, Bolbbalgan4, and MONSTA X have also previously appeared in this series.

The reasoning behind choosing a lamb skewer restaurant is because the Korean title for “My Flower” sounds like the phrase, “It’s a skewer,” in Korean. JBJ members realized that this wasn’t staged when they saw production staff ask for the understanding of the actual customers inside of the restaurant. Despite the unusual choice of venue, JBJ put on a passionate performance and reportedly won over the owner who later asked for autographs.

“My Flower” is a new pop genre track off of JBJ’s new mini album “True Colors.” After its release on January 17, the song topped real-time charts and the group sold out all first-press copies of their album.