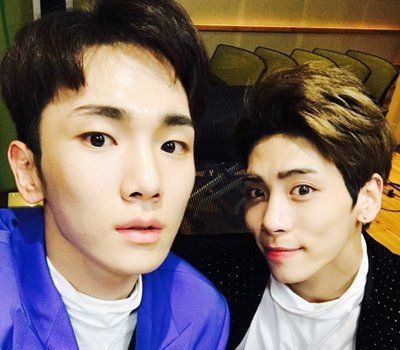 In the early hours of January 24, SHINee’s Key shared a clip from when he and Jonghyun were working on their 2016 album, “1 of 1.”

In the video, they are listening to a portion of an earlier recording of “Don’t Stop,” a b-side track from “1 of 1” that features lyrics co-written by Jonghyun, Key, and Minho. After hearing the beginning of Key’s rap section, Jonghyun can be heard saying, “…let’s continue straight through here, and decide on where to rest…”

Jonghyun’s final album “Poet | Artist” was posthumously released on January 23, alongside a music video for his title track “Shinin’.” Key also shared some of the lyrics from “Before Our Spring,” the last track on the album.

A music video for “Before Our Spring” will be revealed later today at 12 p.m. KST.

SHINee
Jonghyun (SHINee)
Key
How does this article make you feel?