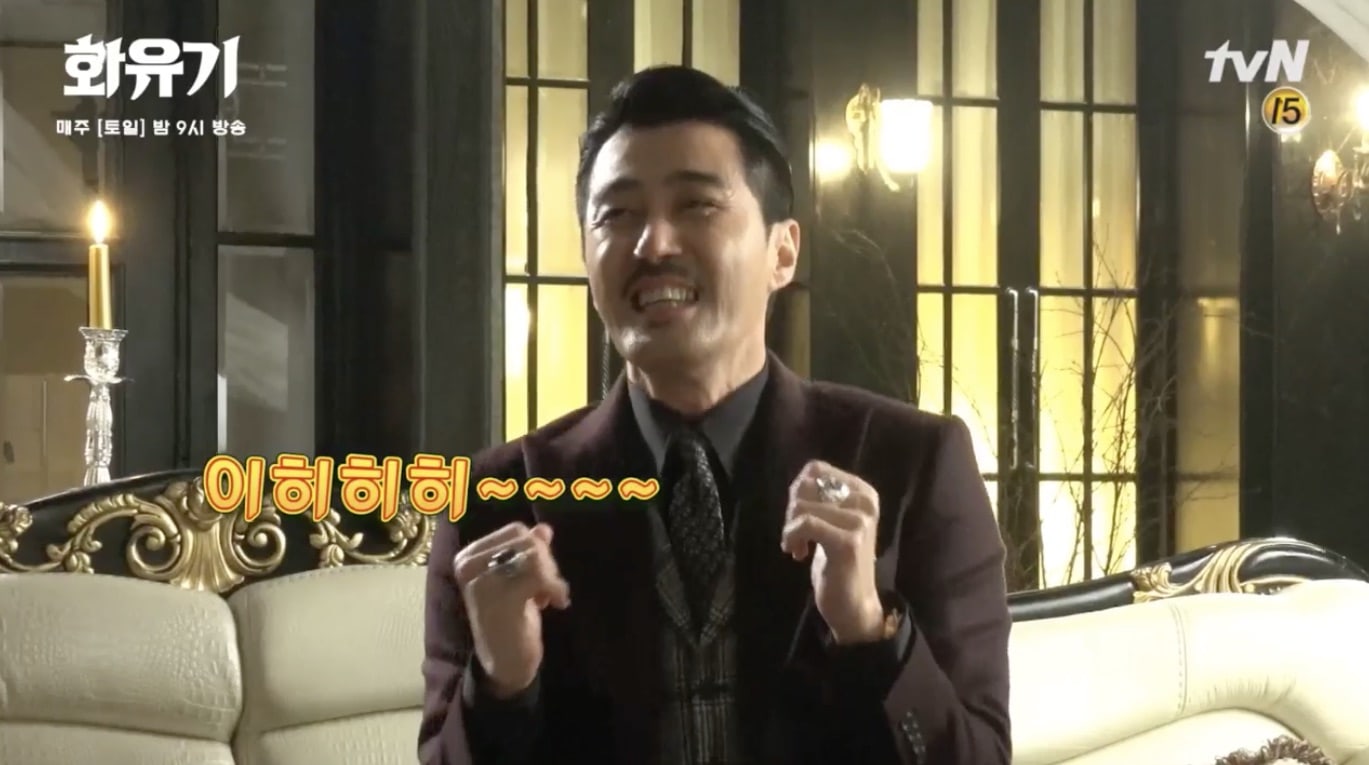 Watch: Cha Seung Won Has Everyone Laughing With His Ad-Libs On Set Of “Hwayugi”

The majority of the short clip is focused on the scene where Oh Yeon Seo reunites with Michael Lee, and Lee Seung Gi reacts by hugging and kissing Oh Yeon Seo. While Lee Seung Gi and Oh Yeon Seo are completely serious as they focus on their scene together, they can’t help but burst into laughter when Cha Seung Won jumps in at the end with an exclamation. From mischievous facial expressions to funny little dances, the actor knows just what to do to add more humor to any situation.

At one point, he himself starts laughing when Lee Seung Gi accidentally bumps into a chair while walking away. He asks if Lee Seung Gi is okay, and the younger actor responds, “I wanted to leave but it wouldn’t let me.” Cha Seung Won responds with a worried, “No, you bumped into it pretty hard.”

Check out the humorous video below!