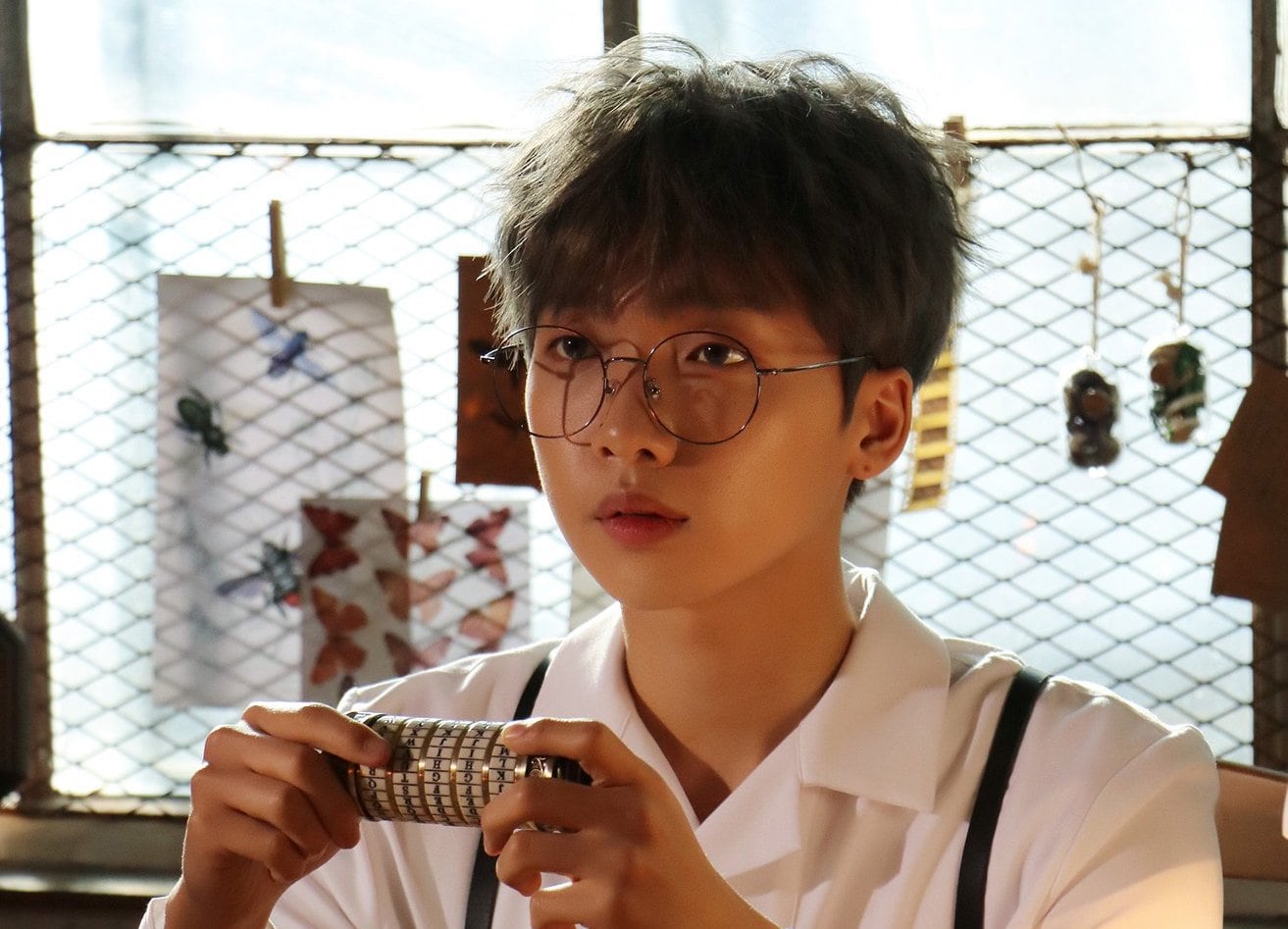 Jeong Sewoon got a lot of love and support from his friends during his comeback show!

On January 24, Jeong Sewoon celebrated the release of the second part of his first mini album with a comeback show on Naver’s V Live.

Jeong Sewoon’s good friend Kim Jae Hwan of Wanna One called in to congratulate him on his new release. He said, “I listened to the song just now in the car as soon as it came out. Congratulations on your comeback. The song is so good, truly.”

Jeong Sewoon teased him by saying his tone made it seem like he didn’t really mean it. Kim Jae Hwan protested, “I even watched the music video. I liked it because it seemed beautiful in a pure way. A lot of scenes were memorable but I was really impressed by the scenes where you were walking across a bridge on your own and also when you were holding out your arms.”

Kim Jae Hwan also described Jeong Sewoon as “someone who is calm about everything and well-mannered.” In return, Jeong Sewoon said that Kim Jae Hwan is also always calm and very talented, as well as full of energy. Kim Jae Hwan laughed and said, “I’m not calm.”

Kim Jae Hwan then asked fans to take a listen to Jeong Sewoon’s new song and to keep loving him and his voice. 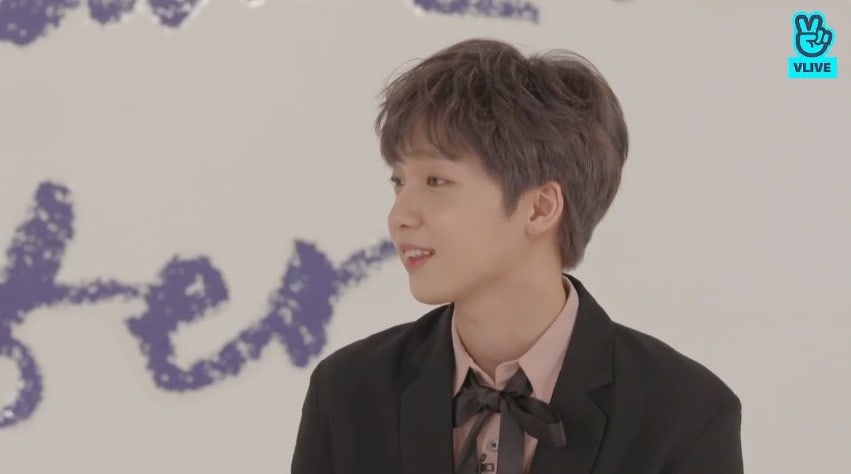 Producer and artist Kiggen took part in the show, after having worked with Jeong Sewoon on both parts of his mini album as well as on “Produce 101 Season 2.” Kiggen praised Jeong Sewoon for his musical skills and also said he’s a good dancer.

Jeong Sewoon’s labelmates Jooheon and Kihyun of MONSTA X also came on the show to show their support for Jeong Sewoon. They said that although they’re busy at the moment, they came to support him. “If Jeong Sewoon called, we’d come even if we’d been sleeping,” Kihyun said. 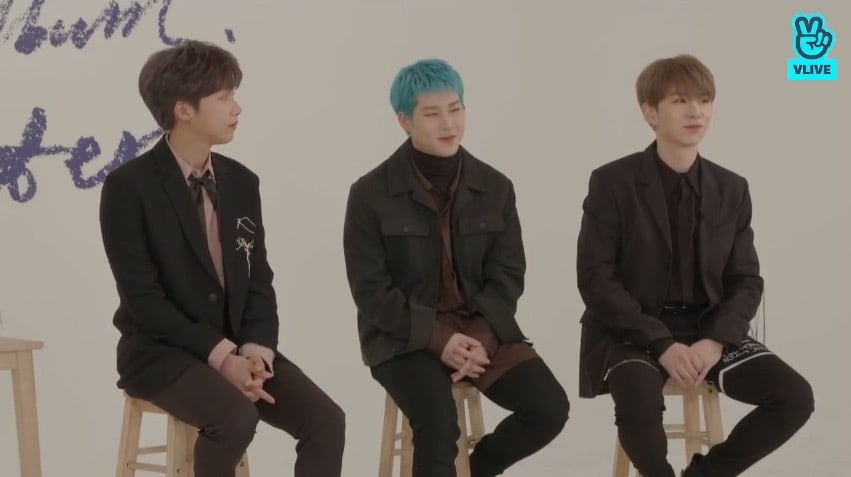 When asked if they’d listened to Jeong Sewoon’s new song, Jooheon said he’d even watched the MV. Kihyun said, “I haven’t been able to watch the music video yet, but I’ve listened to the song four or five times already on repeat. As many people already know, Sewoon is a great singer, so I was curious to see if the song would showcase his strengths. It turned out really great.”

He added that he hadn’t had a chance before to hear Jeong Sewoon sing so many high notes, and praised the way he pulled them off.

Jeong Sewoon explained that during their trainee days, he’d worked a lot on music with Kihyun and Jooheon. When asked to describe Jeong Sewoon, Jooheon said, “I think he’s like a genius. He’s like a genius who works really hard.” Kihyun also talked about how he’d been impressed by Jeong Sewoon even before he came to Starship Entertainment, when he’d seen him on “K-Pop Star 3.” 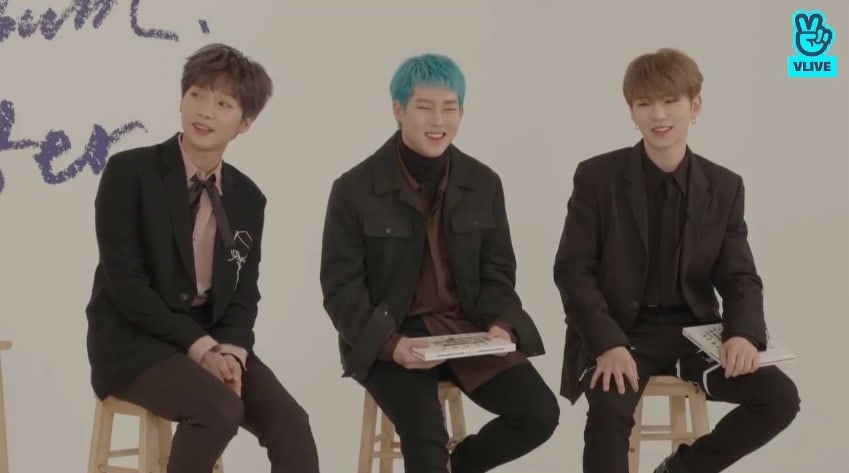 Later on, Jeong Sewoon also received a call from MXM’s Lim Young Min and Kim Dong Hyun, who had also been contestants on “Produce 101 Season 2.”

Jeong Sewoon said, “I shared a room with them during the first part of ‘Produce 101 Season 2,’ so they were the first contestants I got to know.” He later explained that they’d supported each other a lot during the show.

The guys were asked what the charm of Jeong Sewoon is, and they replied, “Jeong Sewoon is really cool and sexy when he sings, but also has a bit of a clumsy charm sometimes.” They also added that they think Jeong Sewoon has a lot to show everyone and expressed their hope that he’s able to showcase all his talents.

When they wrapped up the call, Kihyun and Jooheon appeared back on set with a cake, this time in their everyday clothes. After they presented it to Jeong Sewoon and he blew out the candles, they explained, “We were going to give this to you earlier but we forgot!” 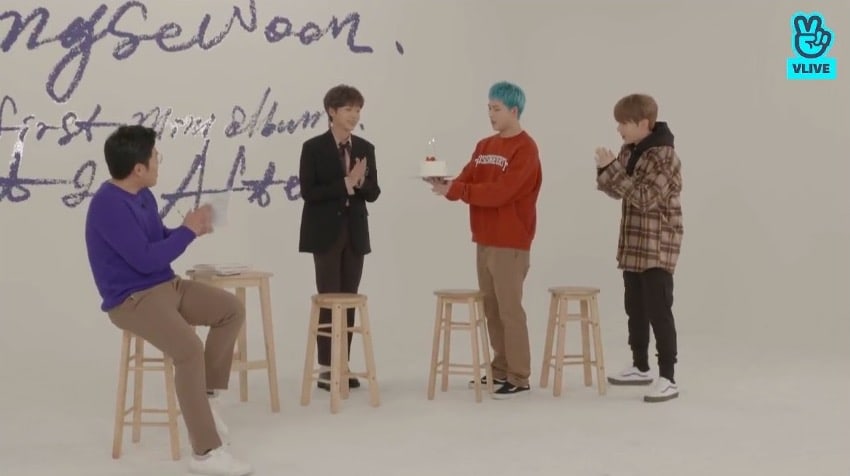 Check out Jeong Sewoon’s comeback with his “Baby It’s U” MV here!