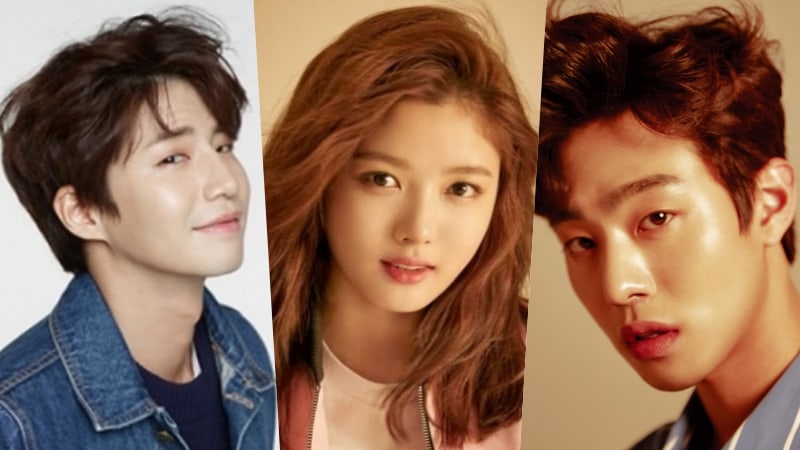 Based on a popular webtoon, “Clean With Passion For Now” follows the story between Gil Oh Sol (played by Kim Yoo Jung), who prioritizes survival over cleanliness, and excessively clean Jang Sun Kyul (played by Ahn Hyo Seop), who is also the CEO of a cleaning company.

Song Jae Rim will be joining the drama as a new character that was not originally included in the webtoon. He will be playing Mr. Choi, a mysterious man who lives on the rooftop of Oh Sol’s house, but his real name and career are unknown. A free-spirited soul, Mr. Choi is known for his good looks, and will form a love triangle with Gil Oh Sol and Jang Sun Kyul.

Song Jae Rim shared his excitement for the drama, saying, “Through my character Mr. Choi, I want to converse calmly with the viewers and share our concerns. I think that communication itself is a good cure for worries. I will greet you all soon through ‘Clean With Passion For Now.’ Please look forward to it.”

The production team of “Clean With Passion For Now” revealed, “There was a lot of interest in the casting as the drama is an adaptation of a popular webtoon. The synchronization between Kim Yoo Jung, Ahn Hyo Seop, and Song Jae Rim—who will play a new character—will show viewers different charms from those of the webtoon. Please look forward to the chemistry and synergy between the three actors.”

“Clean With Passion For Now” will air its first episode in April following the conclusion of “Waikiki.”