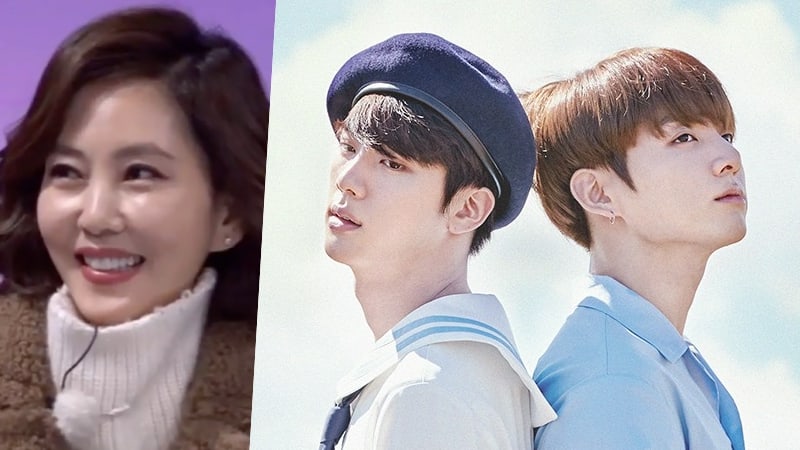 Actress Kim Nam Joo has revealed the reason that she didn’t invite BTS in for a meal during their recent appearance on JTBC’s “Let’s Eat Dinner Together.”

On the January 24 episode of the show, MC Lee Kyung Kyu mentioned a past encounter with guest Kim Nam Joo, saying, “We met Kim Nam Joo in the Samsung neighborhood through her doorbell.”

BTS members Jungkook and Jin had previously appeared as guests on the September 27 episode of the reality show, which follows celebrities as they wander the streets of a neighborhood in search of someone who will let them into their home and offer them a meal.

During his search for a welcoming host, Jungkook had happened to ring the doorbell of Kim Nam Joo’s house. The actress happily greeted him and MCs Kang Ho Dong and Lee Kyung Kyu, saying that her daughter was a fan of BTS. However, she ultimately chose not to open the door, expressing her regret at not being able to invite them in. 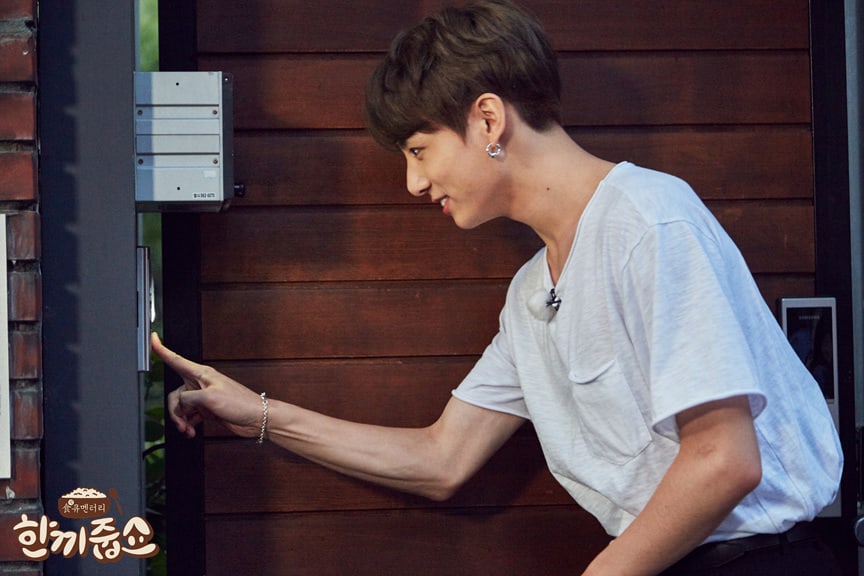 When Kang Ho Dong asked her about the incident, Kim Nam Joo recalled, “There were three of us at home: me, my son, and my daughter. We had just finished eating dinner when we saw two bright lights passing by outside. Then we heard the ding-dong [of the doorbell] and thought, ‘What’s going on?'”

“Then we saw a very pretty face looking into the peephole,” she went on, referring to Jungkook. “And my daughter started screaming.”

The actress continued, “There were so many thoughts running through my head at the time. Should I open the door? Should I not? We do have a little food left. What should I do? I had so many different thoughts, but in the end, there was one definitive reason that I couldn’t open the door—I wasn’t wearing makeup.”

After the MCs cracked up at her honest explanation, Kim Nam Joo added, “I was really happy, though, because [‘Let’s Eat Dinner Together’] is a show that I really like, and I know Ho Dong from having met him before in the past.” 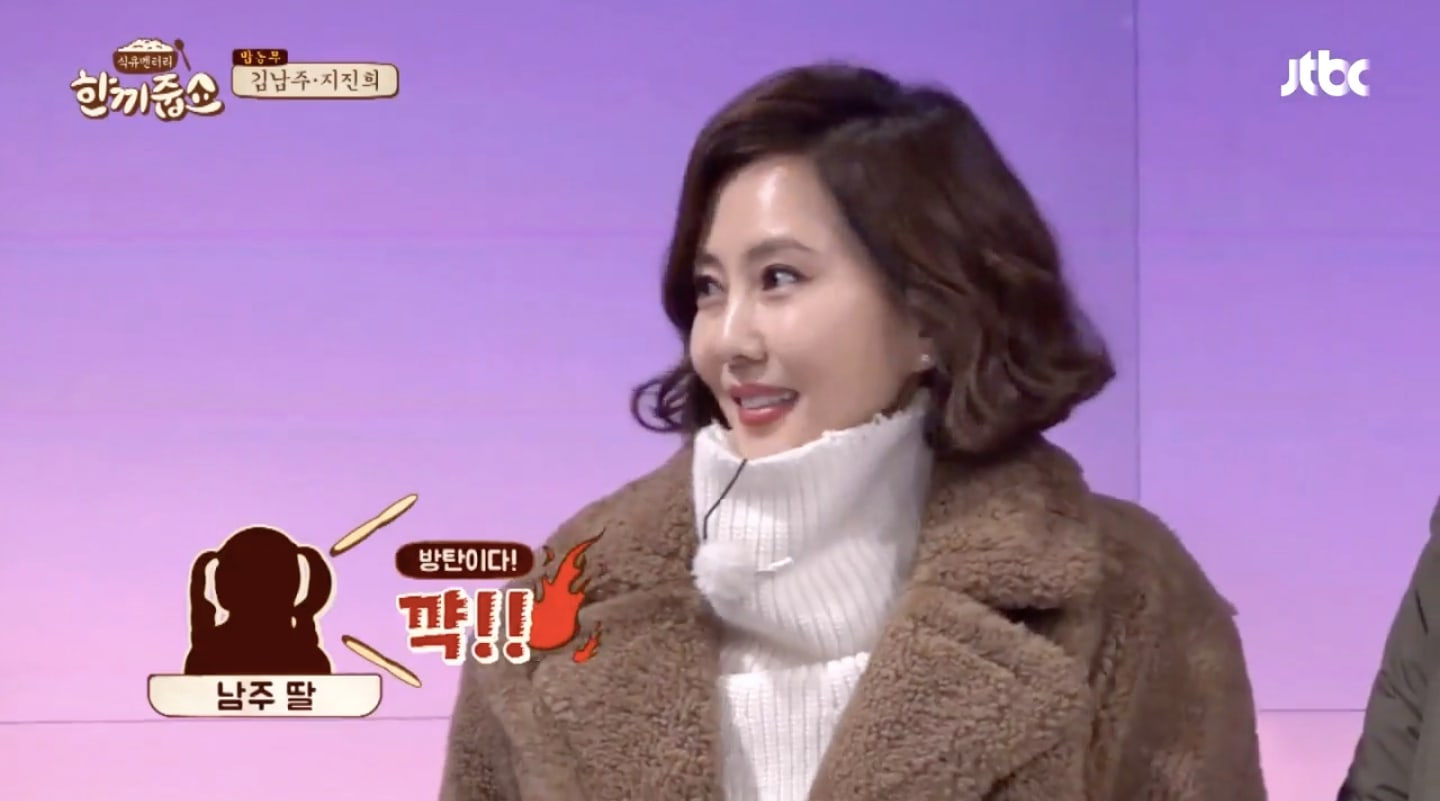 Would you invite BTS into your house for a meal? Leave your thoughts below!