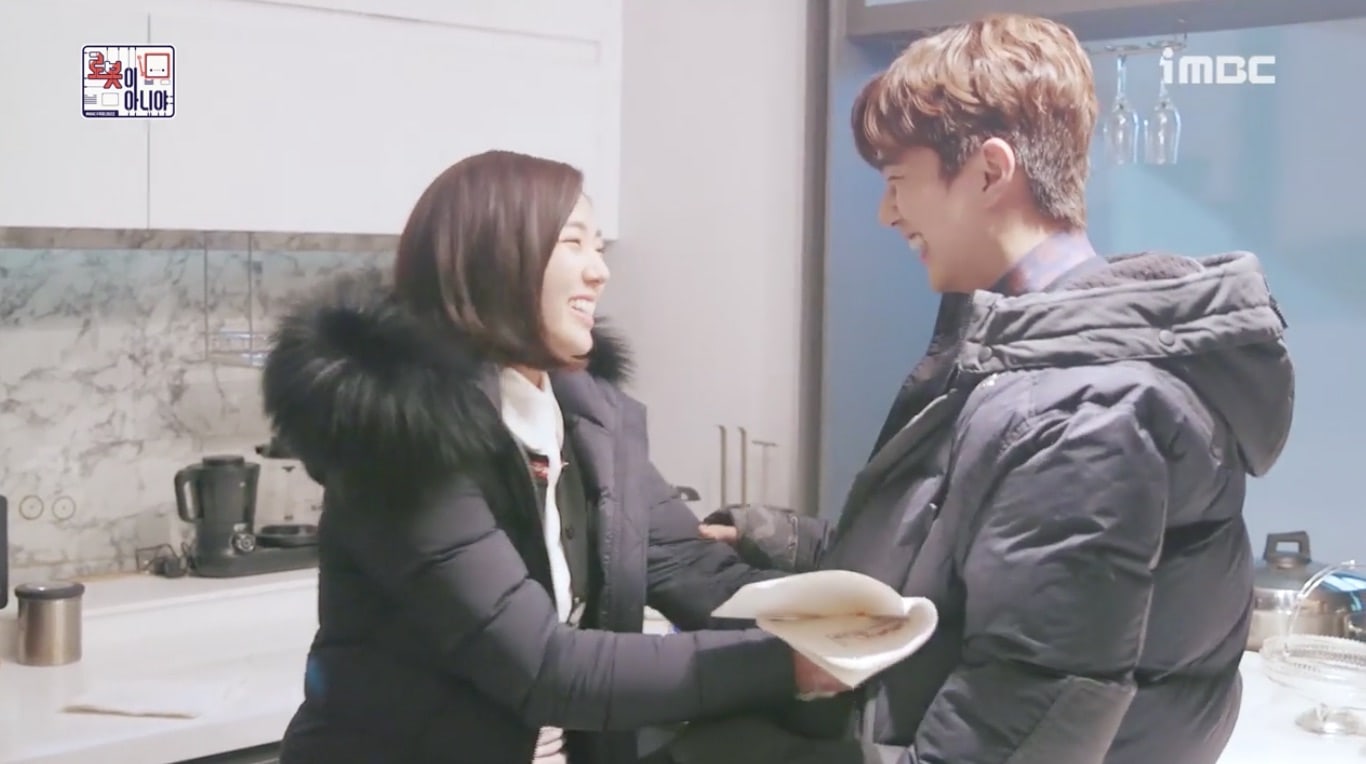 Watch: Chae Soo Bin And Yoo Seung Ho Shyly Joke Around For Their “I Am Not A Robot” Kiss Scene

MBC’s “I Am Not a Robot” has shared a sweet video of lead actors Yoo Seung Ho and Chae Soo Bin rehearsing a kiss scene ahead of the drama’s final episode tonight.

The video first shows the two actors sharing ideas on how to do their kiss scene. They discuss how they should position themselves, with Yoo Seung Ho floating the idea that he could lift Chae Soo Bin onto the countertop while also adding that he won’t do it if it’s uncomfortable for her. They soon start laughing when Chae Soo Bin says they could reverse their positions and have her character lift him onto the countertop instead.

They come to an agreement and then work with the cameramen to check their angles before the filming begins. Both cast and crew are serious as they do their best to capture the perfect moment for the scene. Once cameras start rolling, Chae Soo Bin and Yoo Seung Ho immediately immerse themselves into their characters.

After a few missteps and a couple of laughs, the two actors are able to create the perfect, romantic moment.

“I Am Not a Robot” is a romantic comedy that tells the story of a man who has an allergy to humans and a woman who has to pretend to be a robot. The drama will be airing its final episodes on January 25 at 10 p.m. KST.

Catch up with the latest episode before the drama ends!