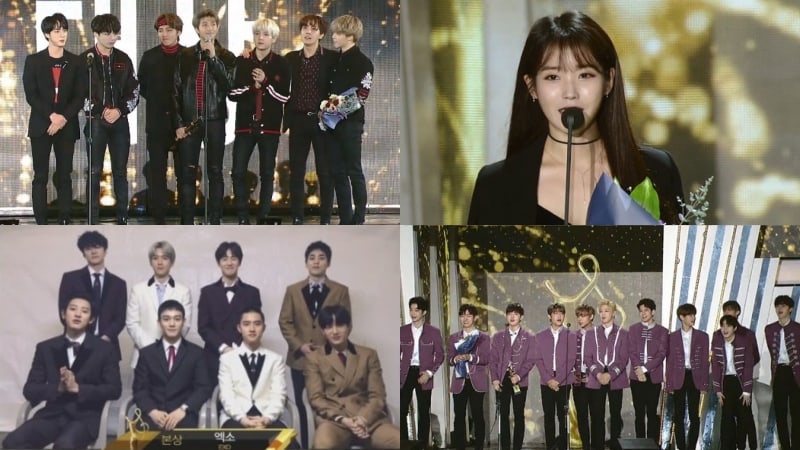 The ceremony was held at the Gocheok Sky Dome in Seoul, with hosts Shin Dong Yup, Kim So Hyun, and Super Junior’s Kim Heechul.

The night’s Rookie Award went to Wanna One, PRISTIN, and Chungha. EXO was unable to attend the ceremony, but received three awards: a Bonsang, the Fandom School Award, and the Korean Wave Special Award.