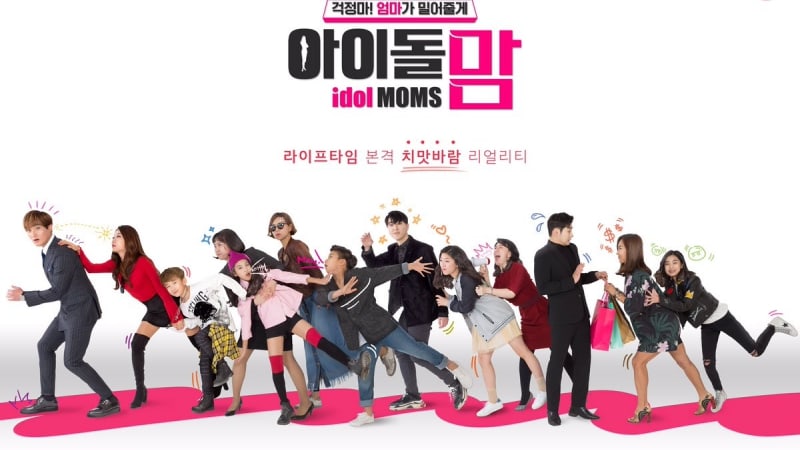 “Idol Moms” is a TV show inspired by the American program “Dance Moms,” and will show the lives of five children who want to become idols as well as their mothers who work hard to help them achieve their dreams.

The posters showcase the three people that will help guide the aspiring idols. Kangta will serve as the show’s MC and mentor, and he will be joined by SM Entertainment’s top trainers. Jang Jin Young will be the vocal trainer and Kim Tae Woo (also known as Kasper) will be the dance trainer. These two are famous for training some of the most popular idols such as Super Junior, SHINee, and EXO.

Kangta, Jang Jin Young, and Kim Tae Woo stand confidently under the words, “Mother, we will fully support them!” 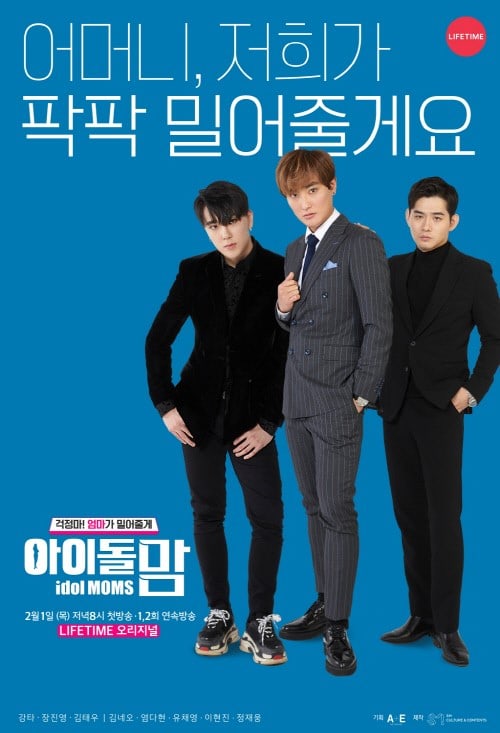 “Idol Moms” will feature Yeom Da Hyun who appeared on “Finding Genius” for her talents in Korean dance and math, Kim Nae Oh who starred in Wanna One’s “Beautiful” MV, Jung Jae Woong who is skilled in hip hop, Lee Hyun Jin who is a dance prodigy, and Yoo Chae Young who is a model student.

The second poster hints at the fun and chaos that will be a part of the show. All of the mentors, children, and mothers pose under the words, “Lifetime’s true reality about overly-involved mothers.”

A short preview was also revealed. The preview shows a young girl sitting in front of a mirror and a voice that says, “You ask, are you not preparing to become a trainee? Not me…but my mom is working hard.” The clip then shows a mom in front of a sewing machine, behind the wheel, and in front of her daughter with a makeup brush in a dressing room. “Isn’t my mom different?” asks the daughter before the end of the preview.

“Idol Moms” will premiere two back-to-back episodes on February 1 at 8 p.m. KST. The show will air in 30 Asian countries through Lifetime Asia.

SM Entertainment
Idol Moms
How does this article make you feel?