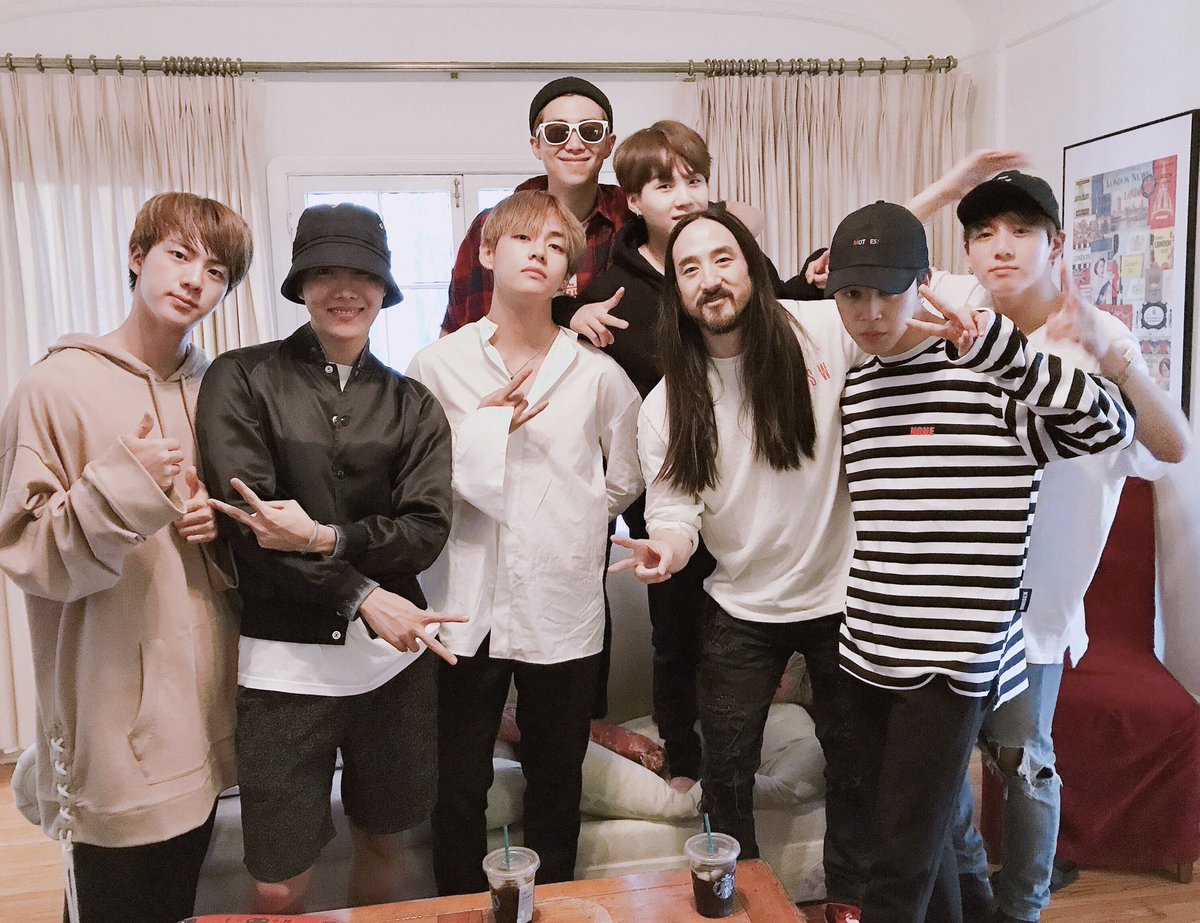 Steve Aoki, the producer behind BTS’s hit “MIC Drop” remix, says he’s worked on some more music with the group!

During a recent interview with Trending Live, Steve Aoki was asked about how he ended up working with BTS on their remix. After talking about the experience of working on the collaboration with BTS and their production team in Korea and in the United States, he added, “And now we’ve got some new music coming out for 2018. So that’s exciting as well.”

“We got this remix to put out there, but now we have some original music too,” he said.

BTS and Steve Aoki’s collaboration on the “MIC Drop” remix (which features rapper Desiigner) has been a huge hit, with the song spending eight weeks on Billboard’s Hot 100 chart so far—a new record for K-pop group tracks.

Are you excited to see what they’ve got in store?