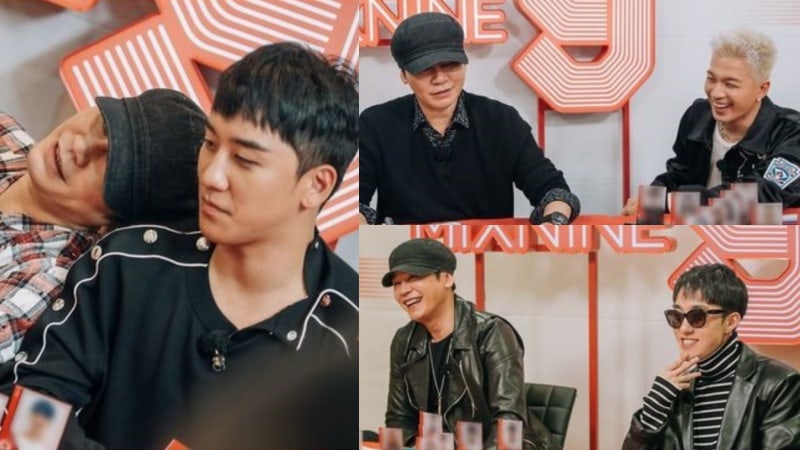 Zion.T And BIGBANG’s Seungri And Taeyang To Help Judge Final Episode Of “MIXNINE”

Familiar faces are set to return for the final episode of JTBC’s “MIXNINE.”

The final episode will be broadcasted live on January 26 where the contestants will give their final performances and the top 9 will be decided.

As important as the occasion is, Yang Hyun Suk will be bringing back BIGBANG’s Taeyang and Seungri, as well as Zion.T, to join him on the judging panel. The three singers joined Yang Hyun Suk in the initial audition tours at various stops to search for talented individuals across the nation.

The production staff of “MIXNINE” stated, “Taeyang, Seungri, and Zion.T had a great eye for catching talent during the audition tours, and they have a high level of understanding and affection for the contestants. We believe they are best-equipped to judge the shining growth of the ‘MIXNINE’ contestants.”

The final round of voting for the show will end on January 26 at 5 p.m. KST. Then, the remaining contestants will perform on stage to battle it out for the top 9 positions and find out who gets the chance to make their debut.

BIGBANG
Seungri
Taeyang
Zion-T
MIXNINE
How does this article make you feel?