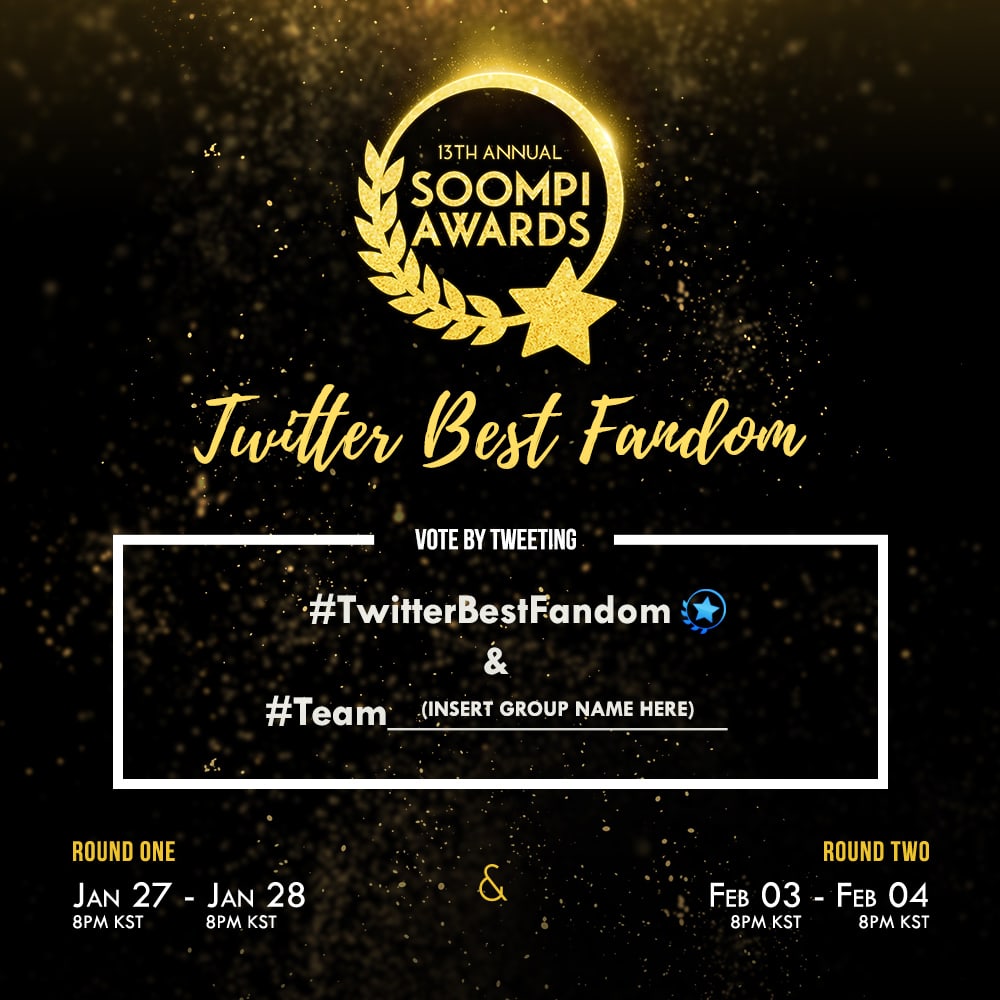 As you may know, Soompi Awards – an annual celebration of all things K-pop and K-drama – is back for the 13th year, which means one thing: it’s almost time to vote for Best Fandom again!

As with the previous years, votes will be determined based ONLY on voting from Twitter in two 24-hour periods.

You can vote by tweeting both #Team______ (insert K-pop group name into the blank) and #TwitterBestFandom. That’s right! This year, we’re also officially collaborating with Twitter to make this award category bigger and better – tweeting #SoompiAwards and #TwitterBestFandom during Best Fandom will trigger very special Twitter emojis!

There are no restrictions on how many times you can tweet during the two 24-hour periods. Voters who tweet during those two periods will also be automatically entered to win a Twitter Fandom Box with autographed goods from their supporting groups! We have a few awesome signed albums in store – including BTS, SEVENTEEN, GOT7, and more, so try your luck by tweeting constantly during the voting periods!

Best Fandom winners from the previous years – Super Junior and GOT7 – have sent in speeches and support messages with their trophies to thank their fans. Let’s show them we can do it again!

Please note that only votes that use the corresponding hashtags (#Team_______ and #TwitterBestFandom) that are tweeted during those two periods mentioned will count.

If you’re unsure what your group’s official hashtag is, please refer to this helpful doc~

May the best fandom win!

Soompi Spotlight
Soompi Awards
How does this article make you feel?