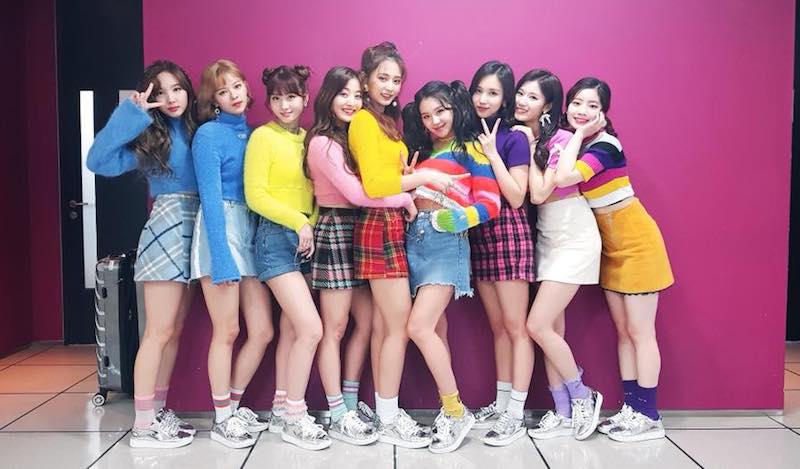 TWICE’s “Heart Shaker” held on by two points to win our top spot for the fourth straight week! Despite the competition being a lot more intense than expected, “Heart Shaker” remained consistent on all chart sources, which was enough for the song to spend another week and the whole month of January on top of our chart. Congratulations again to TWICE!

Moving up 12 spots and just missing out on having their first ever No. 1 song on our chart is Oh My Girl’s “Secret Garden.” This song is the title track of their fifth mini-album of the same name. It has a listener-friendly melody and has lyrics that have a sense of hope, making this song even better to sing along to.

Moving up nine spots to No. 3 is INFINITE’s “Tell Me.” This is the title song of INFINITE’s third studio album “Top Seed.” It is a dance song with a minimal sound and restrained vocals. INFINITE’s more relaxed and mature performance is also noteworthy. “Tell Me” won all of last week’s music shows and was thought to be the favorite to take over our top spot. However, it settled for No.3 this week.

We have two other new songs in the top 10! Moving up 11 spots to No. 7 is veteran musician Kim Dong Ryul’s “Reply.” This song is the title track of his first mini-album of the same name. Despite being in the music industry for more than 20 years, Kim Dong Ryul takes his time to produce his music and only releases a new album once every three to four years. With Kim Dong Ryul’s trademark soft and comfortable vocals, “Reply” is a sad ballad that reveals a breakup in a unique way.

Up seven spots to No. 9 is Bolbbalgan4’s new song “First Love.” It is a collaboration between Bolbbalgan4 and Dingo Music. The lyrics express the thrill of first love and wanting one’s crush to know how you feel about them even though they might not feel the same.