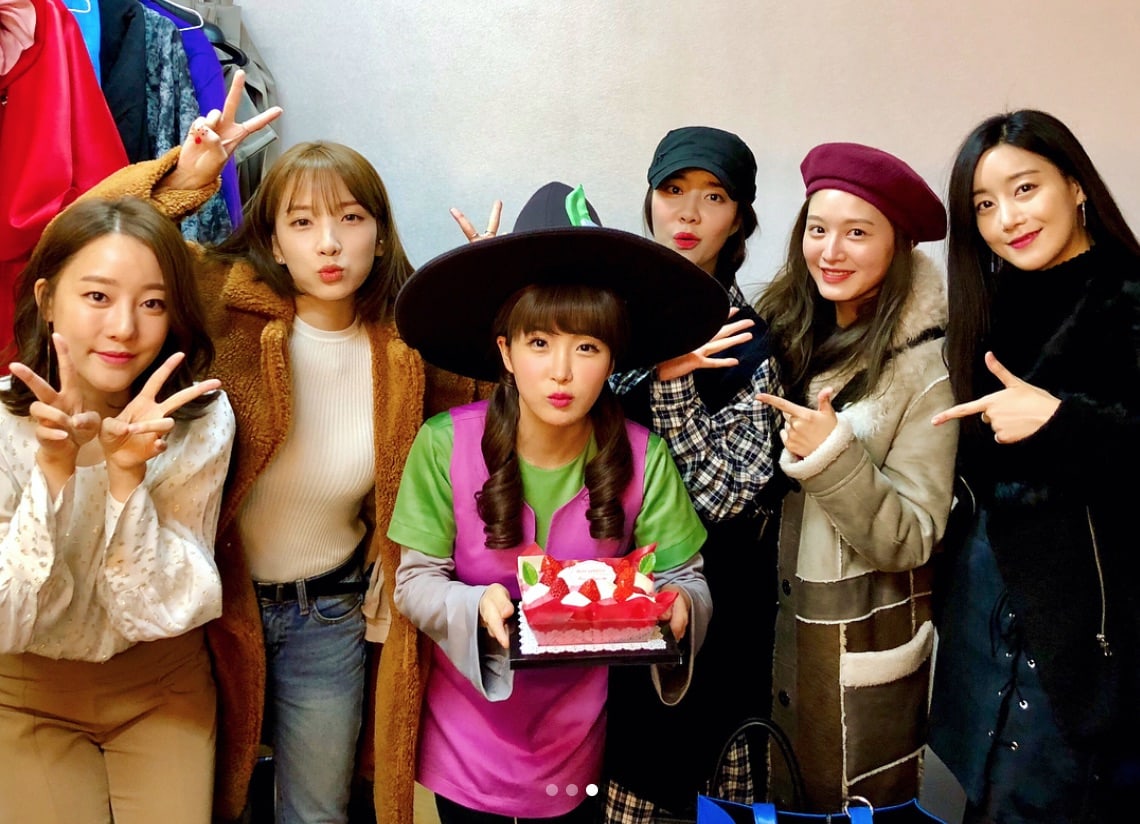 The members of Rainbow recently had a reunion to show support for their youngest member, Hyunyoung!

On January 27, Noel posted a couple of photos to her Instagram account of the reunion. The first photo’s caption read, “We finally came to see Princess Olivia!” In the captions, she also expressed that she enjoyed the show they’d seen and jokingly said that they had taken the photo with her niece as member Jung Yoonhye was unfortunately unable to make it.

She also shared a photo and explained in the caption that the members had brunch together before the show.

Go Na Eun also shared a few photos from the day with the caption, “I had so much fun, time flew by. Our maknae is doing so well.”

Though Rainbow officially disbanded in 2016 and went their separate ways, the members have kept their strong bond alive and have had various reunions over time. Their latest gathering was to show support for their youngest member Hyunyoung as she is currently appearing in the family musical “Magic Adventure.”