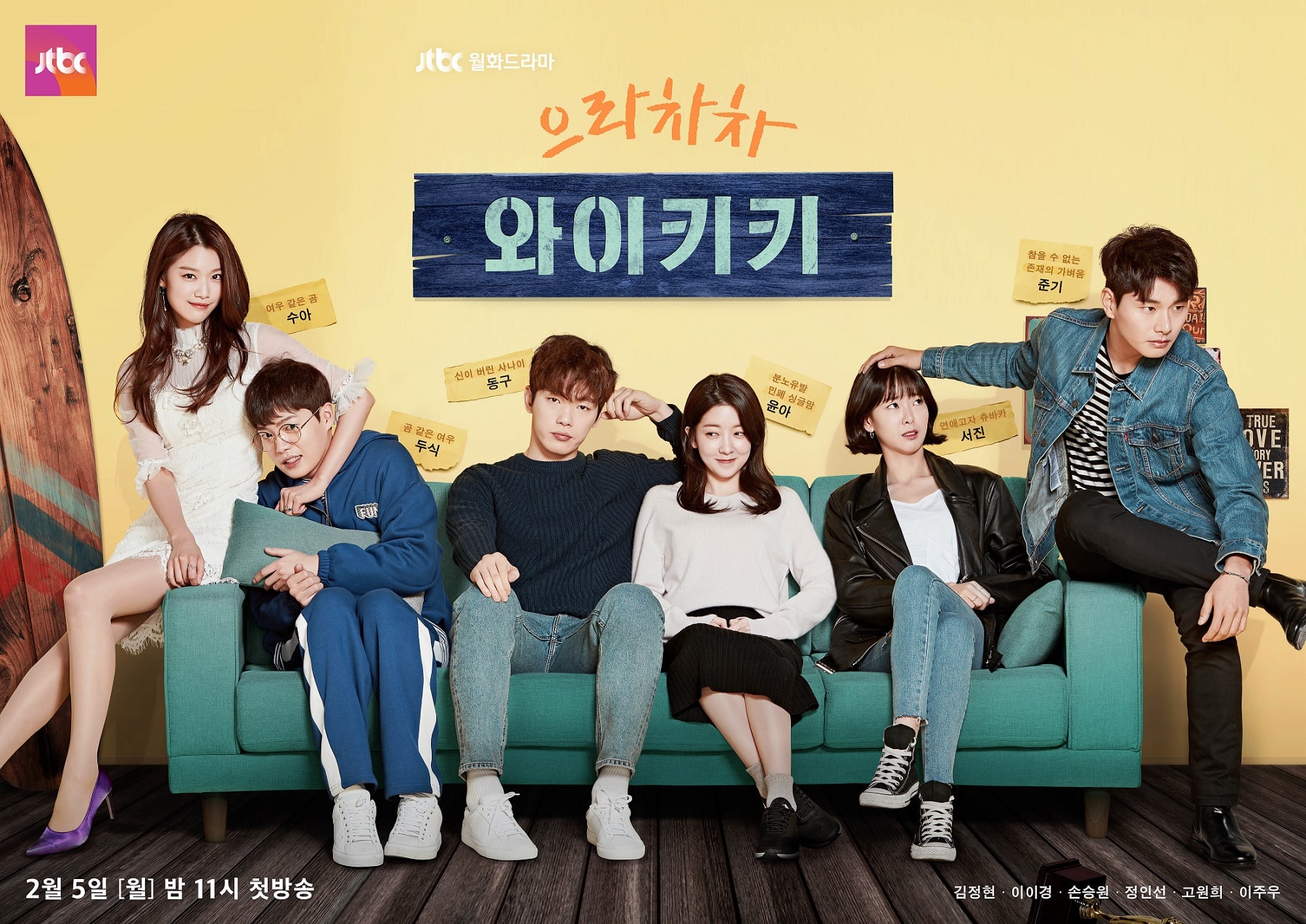 “Waikiki” follows the story of three struggling youths Dong Goo (played by Kim Jung Hyun), Joon Gi (Lee Yi Kyung), and Doo Sik (Son Seung Won). Dong Goo is an unlucky, aspiring film director, Joon Gi is a carefree, thrifty actor, while Doo Sik is an almost jobless, freelance writer. The three characters live together in Waikiki, a guest house that is on the brink of closing down.

One day, a mysterious baby and single mom end up in Waikiki, where they face hilarious ups and downs with the three unlucky men.

The poster generates curiosity of the chemistry between the coupled pairs. The contrasting facial expressions between the blank stare of Dong Goo and happy single mom Yoon Ah hint at a hilarious relationship ahead.

Carefree troublemaker Joon Gi will be in a funny yet adorable relationship with Seo Jin, who takes care of the mess made by the unlucky three friends. Doo Sik, who is introduced as a “Bear-like fox,” is usually naive but uses his street smarts to find a solution in crucial moments. In comparison, “Fox-like bear” Soo Ah wraps herself up in pride and cute arrogance, but ends up being scammed all the time.

The production team of “Waikiki” shared, “Since talented youthful actors equipped with acting skills and charm have gathered together, they are forming great synergy. The appeal of their uniqueness will engender the viewers’ laughter and empathy.”

The team went on to tell the viewers, “Please look forward to the perfect harmony of the eventful and youthful crew.”

The first episode of “Waikiki” will air on February 5, after the conclusion of “Just Between Lovers.”