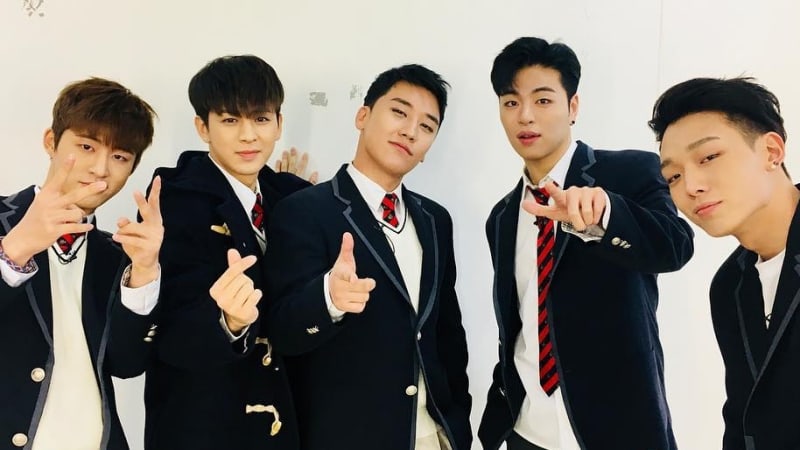 Watch: BIGBANG’s Seungri And iKON Imitate YG Artists In Hilarious Preview For “Ask Us Anything”

JTBC’s “Ask Us Anything” has released a hilarious preview of its upcoming episode!

The new teaser offers a sneak peek at BIGBANG’s Seungri and iKON’s joint appearance on the next episode of the variety show.

In the clip, Seungri and Junhoe take turns mimicking YG Entertainment labelmate Psy, while B.I does an impression of G-Dragon singing “Untitled, 2014.” Junhoe also musters up the courage to imitate Seungri singing “FXXX IT,” while Seungri pulls off an uncanny impression of MC Kang Ho Dong.

Additionally, the video shows the iKON members going all out as they play the show’s signature games, with Bobby even literally throwing himself in harm’s way for the sake of entertainment!

The episode of “Ask Us Anything” featuring Seungri and iKON will air on February 3 at 8:50 p.m. KST.

In the meantime, check out the preview below!

iKON
BIGBANG
Ask Us Anything
Seungri
How does this article make you feel?