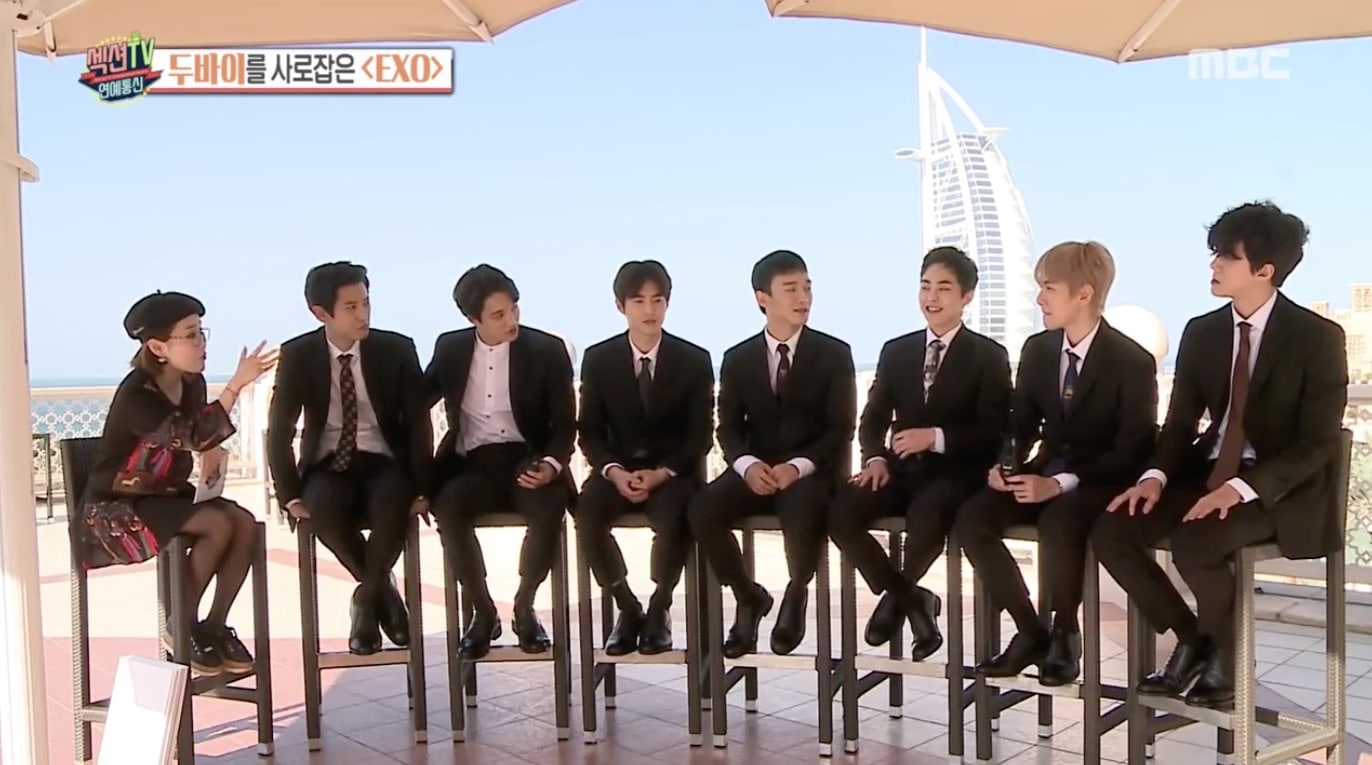 EXO Discusses Breaking The “7 Year Jinx,” And Which Members Have Changed The Most And Least

The January 28 broadcast of MBC’s “Section TV” followed EXO as they headed to Dubai to watch the Dubai Fountain Show with their song “Power.”

During the interview, the members of EXO were asked to share their secret to overcoming the infamous “7 year idol jinx,” where idol groups tend to disband in their seventh year. Chanyeol replied, “I think our bond is getting stronger every year. We frequently gather to talk things out and when there’s a difference of opinions, we discuss it and always try to find a middle ground.” The members then spotlighted Sehun as the core of their teamwork and said, “He’s a driving force in our team and is able to quickly make progress in conversations.”

The members then picked Suho as the member who has changed the least since their debut. Chen said, “He has always had such a upstanding personality and the image of a model student. His image hasn’t changed from the very beginning, and I think that’s why he’s our leader.” Chanyeol chimed in and said, “To be honest, I wasn’t that close with Suho when we were trainees, but he’s become the one I go to when I have concerns or when too many thoughts are running through my head. He’s never changed.” Baekhyun added, “Even his face hasn’t changed at all,” complimenting Suho’s good looks.

On which member has changed the most, the members picked their youngest member Sehun. On why they picked him, Baekhyun explained that Sehun had been in high school when they’d made their debut and he’d still had a lot of baby fat on his face, but now he looked very masculine and mature. They teased him and said, “He couldn’t even look us in the eye in the beginning, and look at him now, he’s even sitting with his legs crossed!”

EXO
Section TV
How does this article make you feel?