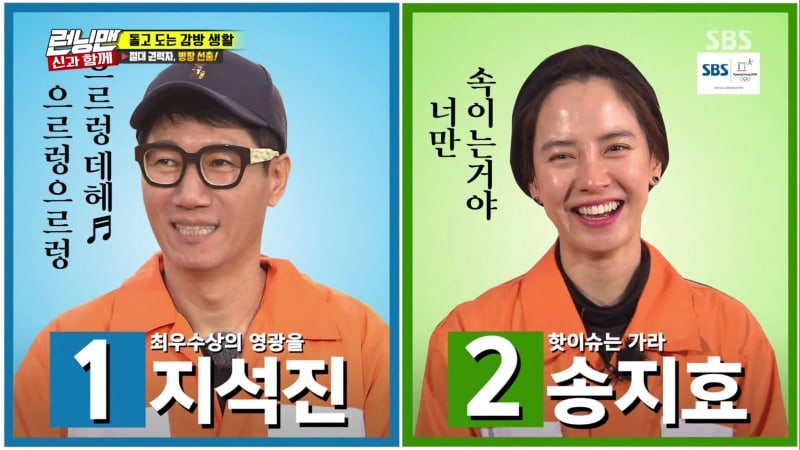 On the January 28 episode of SBS’s “Running Man,” the cast members became cellmates of a prison cell.

The members decided to have a talent competition in order to decide the leader of their cell. Yoo Jae Suk suggested Ji Suk Jin and Song Ji Hyo compete with performances of some of the latest songs.

Ji Suk Jin began to sing EXO’s “Growl,” which was released in 2013. The members burst out into laughter at the fact that this was the “most recent” song that Ji Suk Jin chose, and also at the way he was singing the popular tune.

The cast then looked to Song Ji Hyo, who had a high chance of winning if she knew any recent tracks. Song Ji Hyo made her fingers into the shape of a gun and began to sing Sunmi’s “Gashina.” The actress who had almost always danced to 4minute’s “Hot Issue” up until now on the show, surprised the members with her song choice and knowledge. However, she gave everyone a good laugh when she mumbled over the words and got down on the floor to do the “Gashina” choreography, then quickly got up. 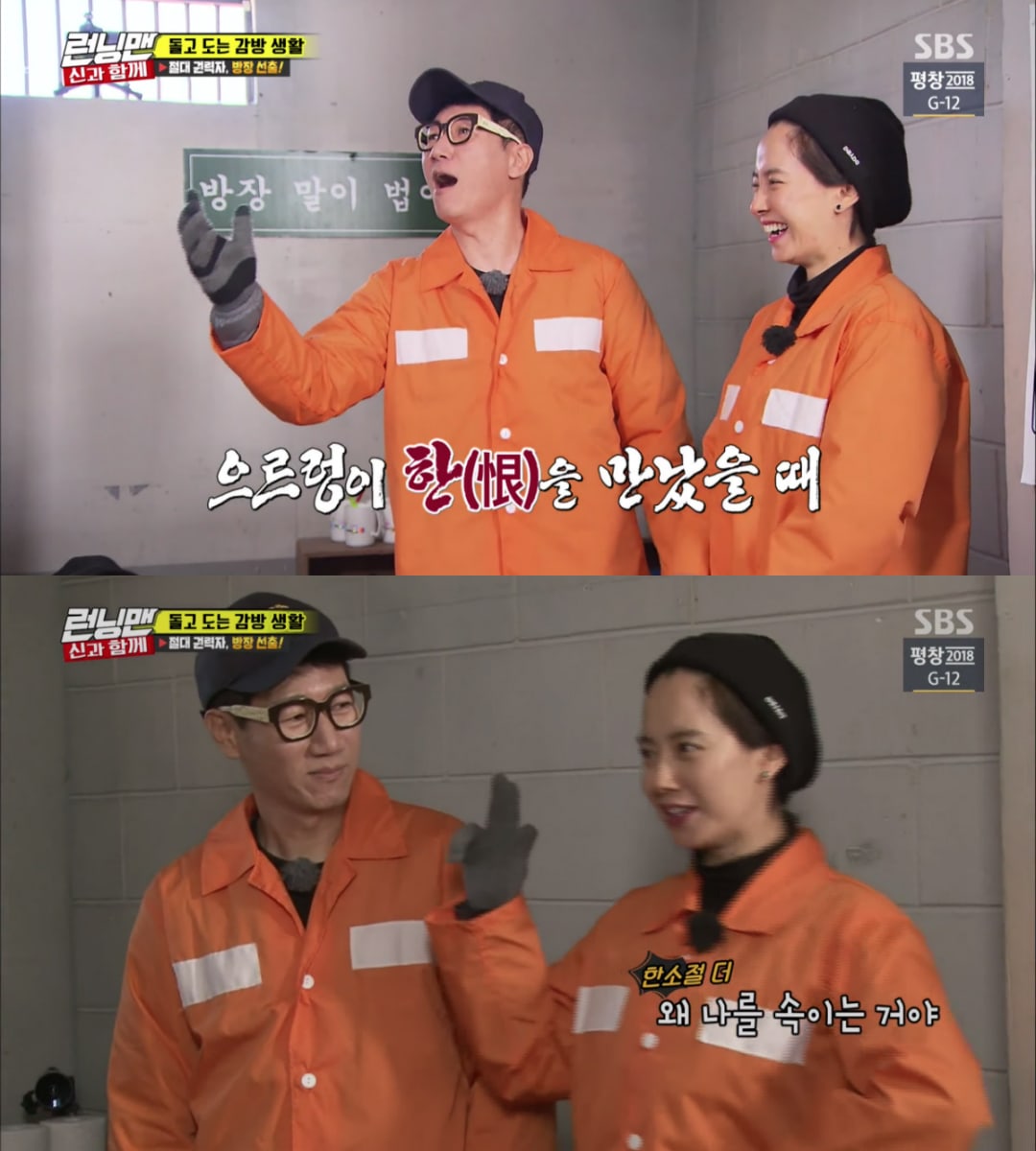 As a result of the cast’s votes, Ji Suk Jin was chosen as the first cell leader.

Check out the funny clip below!