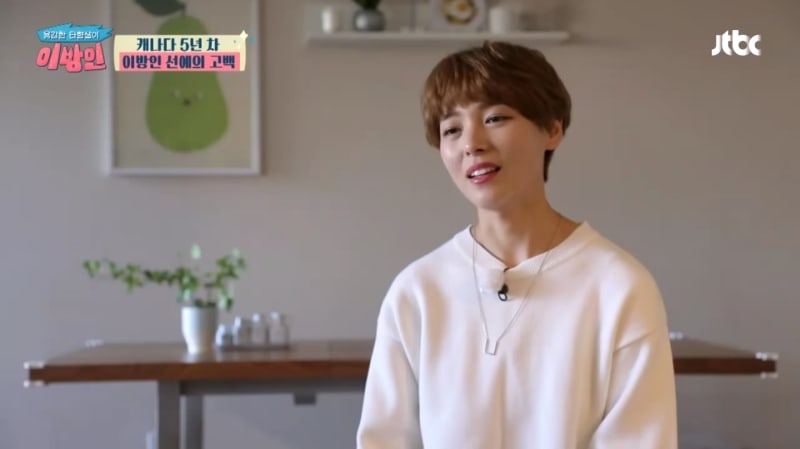 Sunye Shares Hardships Of Living Abroad In Haiti And Canada

Sunye continued to share her story on the latest episode of JTBC’s “Stranger.”

On the January 28 episode, Sunye, Seo Min Jung, and their husbands bonded over the hardships of living abroad. Sunye and her husband James Park said that they never thought they’d be living in Canada after getting married, although James Park is a Canadian citizen. Their original plan was to get married and live in Haiti for five to 10 years. However, their plans changed when they got pregnant with their first daughter Eun Yoo early on in their marriage.

After giving birth to her firstborn, Sunye and her husband still decided to go to Haiti because that was their original plan and they felt like they need to keep their word.

In an interview, Sunye explained how basic things such as water or the space to shower, were not always available. She said, “We stayed at a place with other volunteer staff members with our baby. There was no air conditioner even in temperatures over 40 degrees Celsius [104 degrees Fahrenheit]. If you open the window, it’s cooler because of the wind, but so much dust came in that I had to wipe the floor more than 10 times a day.”

She continued to speak about the less-than-favorable conditions of raising a child in Haiti and said she only went outside to go to the market due to public safety concerns. James Park also revealed that their older daughter Eun Yoo is slow at learning to talk and thinks it may have been confusing for her to listen to Haitian Creole, Korean, English, and French at the same time while growing up in Haiti.

These reasons ended up playing a factor in their move to Canada after living in Haiti for around two and a half years. While they were contemplating about at least going back and forth between Canada and Haiti, they decided to put their plans in Haiti on hold when they found out Sunye was pregnant with their second daughter.

Sunye also talked about the challenges of raising children without permanent residency in Canada. James shared how Canada has great benefits for its citizens including health care and education, but because of that, it’s more difficult to receive permanent residency.

Sunye explained, “I gave birth to my second daughter at home. In order to go to the hospital, I had to receive the permanent resident card and also the health insurance card. But the health insurance card comes out a couple months later. Without that, the hospital fee is too expensive and the [process] to receive health care is more strict.” She shared that it took about a year for her to get permanent residency, and how she felt very lost in that time. 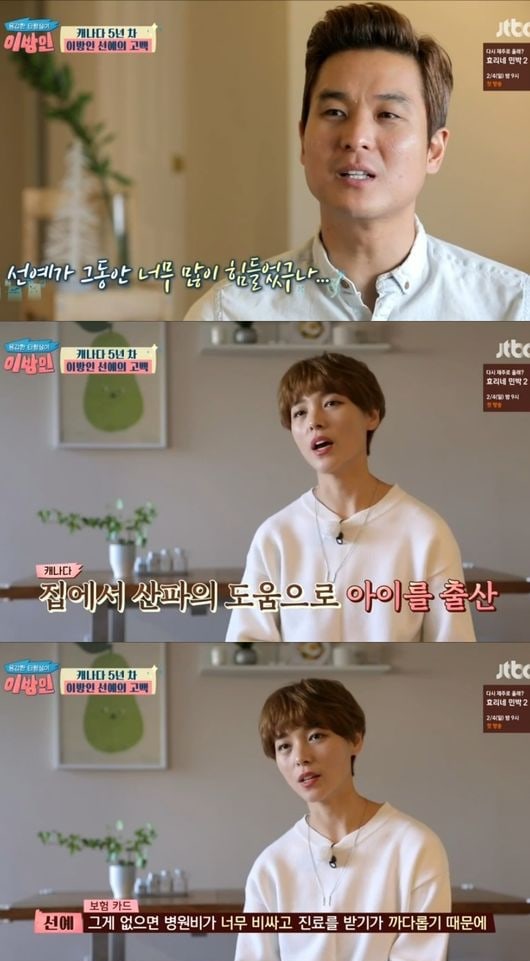 James Park added, “She cried when she received the permanent resident card. I realized then that it must’ve been really difficult for her.”

As her husband is Korean-American, Seo Min Jung commented that listening to Sunye’s story was a source of strength for her and that the two had many similarities. “Since she’s younger, I feel more sadness for her,” said Seo Min Jung. James Park stated, “We are the bad guys. You guys became strangers because you got married to us. We will do better.”

Stranger
Sunye
How does this article make you feel?