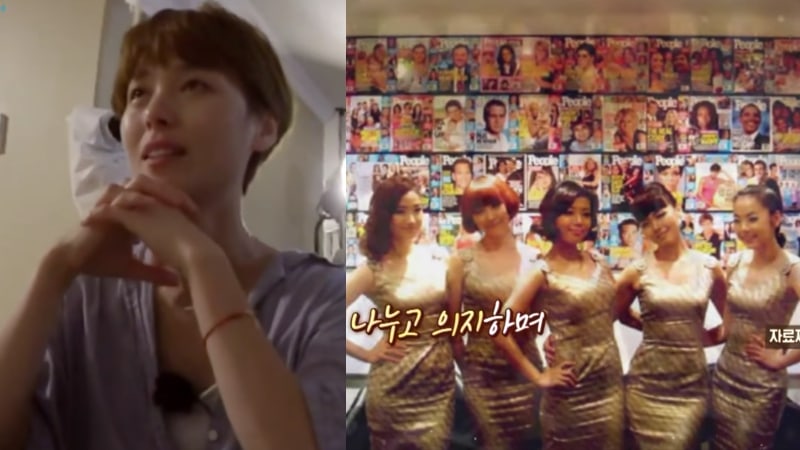 Sunye opened up about missing the Wonder Girls and her friendship with the members on the January 28 episode of JTBC’s “Stranger.”

A continuation of last week’s broadcast, more of Seo Min Jung and her husband’s visit to see Sunye’s family in Canada was shown. Sunye is currently residing in Canada with her husband and two daughters.

Sunye spoke on the phone with Yeeun (also known as HA:TFELT) and her daughter gleefully shouted, “Auntie, hurry up and come!” Yeeun said, “I miss you. I’ll call again,” and Sunye replied, “If a reason for me to go to Korea comes up, I’ll let you know. Let’s meet up soon.”

In an interview, Sunye stated, “Our bond is unbreakable. Even though we don’t talk often, it’s like seeing a friend from elementary school or preschool. Because we remember our feelings from the past, we are comfortable with one another like that. I always think about them and miss them.”

Seo Min Jung asked Sunye if she missed being the Wonder Girls. Sunye answered, “Of course. It’s not possible for me to not think about it. So, I’ll look up old clips…because that was a beautiful time in my life.”

Sunye then began to tear up when she said, “I think more about what I wasn’t able do for my members, and how I feel so sorry. I end up silently saying, ‘I’m sorry,’ twelve times a day. While watching clips, I think even more about how it would’ve been nice if I could have done more for them.”

She continued that she will always feel grateful and never forget the members because they spent their golden years together. “Wonder Girls is something that I can keep forever in a treasure box that will become more valuable as more time passes,” commented Sunye. 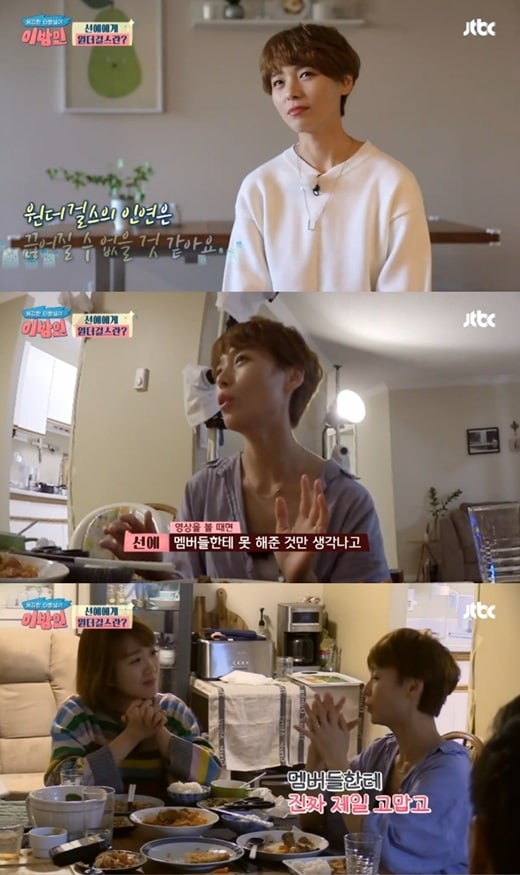 Later on, while on a drive with Seo Min Jung, Sunye also talked about the time when she told the members she was going to get married. She began, “Before I told anyone else, I told the Wonder Girls members first. The members valued the group, but knew how much I valued the group too. So when I told them, they knew that I came to this decision after a lot of contemplation before telling them. They accepted it and congratulated me. Whenever I talk about this, I always thank them.”

She continued, “If I think about the Wonder Girls members, I think it was definitely a difficult decision for them. I was really nervous the moment I was going to tell them I was getting married. However, they already knew we were dating and how serious I thought about the relationship, so thankfully they were understanding and happy for me. We did the wedding photo shoot together and I am forever grateful for the members.”

Sunye added, “Our group spent a long time abroad and not in Korea, so the fans waited for a really long time. When I think about that, I feel really sorry. But, when you think about the results, the other members wanted to continue Wonder Girls and they have continued on that path really well. Even now, the members have promoted as Wonder Girls so well and better than I could have done, so I’m really grateful.”

She praised the solo careers of the other members and even imitated some of the moves from Sunmi’s “Gashina.” Sunye also revealed that the last time she saw the Wonder Girls members was two years ago when her grandmother passed away. “All of the members came and we shared a meal,” Sunye explained. 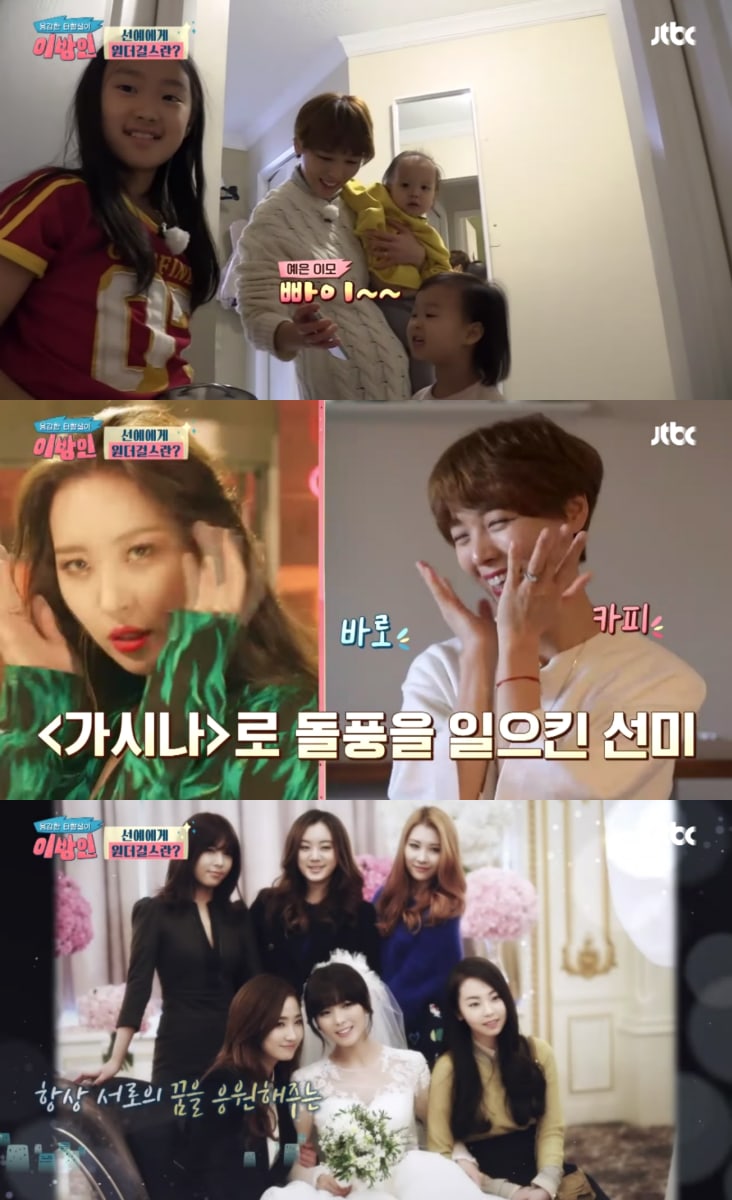 As they continued on the road, Seo Min Jung told Sunye she wanted to hear her sing. Sunye sang Park Hyo Shin’s “Snow Flower,” a remake of Nakashima Mika’s original track as well as a famous OST from the Korean drama “I’m Sorry, I Love You,” followed by Wonder Girls’ classic hit “Nobody.” The camera had a technical error during “Nobody,” but viewers were still able to hear Sunye sing “Nobody” live for the first time in a while.

Check out Sunye singing in the car below!

Stranger
Sunye
Wonder Girls
How does this article make you feel?