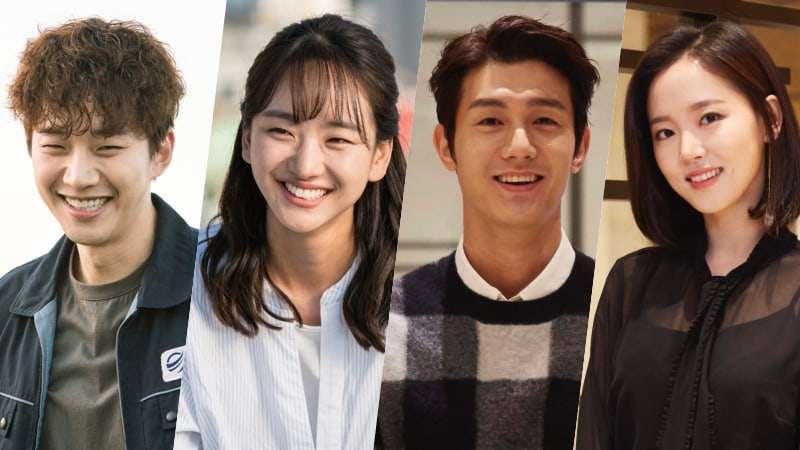 With two episodes left, the cast of JTBC’s “Just Between Lovers” chose their most memorable scenes and lines from the drama. Read on to find out the scenes that touched the hearts of 2PM’s Junho, Won Jin Ah, Lee Ki Woo, and Kang Han Na.

Junho chose the leads’ first kiss scene. He said, “Kang Doo and Moon Soo’s first kiss scene was touching and heartbreaking. It was the scene where their sad love story began. It naturally made me hope for their happiness.”

After seeing Moon Soo’s tears, Kang Doo tried to cheer her up by taking her on a fun day including a trip to the amusement park and food cart. Thanks to him, she was able to momentarily forget about reality and gave him a peck on the lips to thank him. It was the scene that showed what they meant to each other. 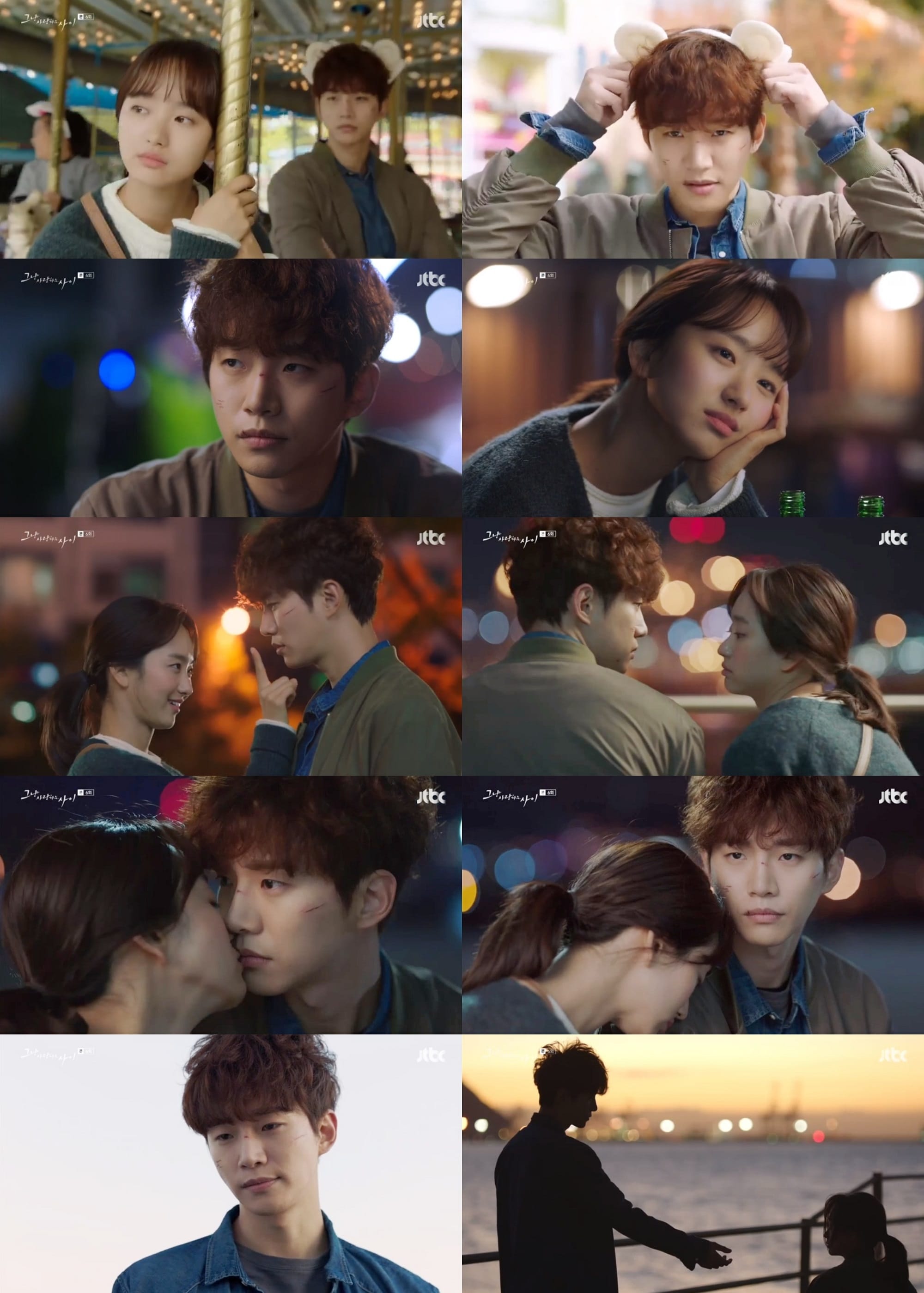 Kang Doo and Moon Soo still lived with scars from the accident, but when together, they were like any other couple. When Moon Soo caught a cold and said she wanted to eat ice cream, Kang Doo came to her side in a heartbeat. In order to not get caught by Moon Soo’s mother, he hid in Moon Soo’s bed and the two shared their first real kiss.

Junho commented, “It was the scene where Kang Doo and Moon Soo confirmed their feelings for one another, so it felt more fresh and nervewracking. I cheered for their innocent love.” 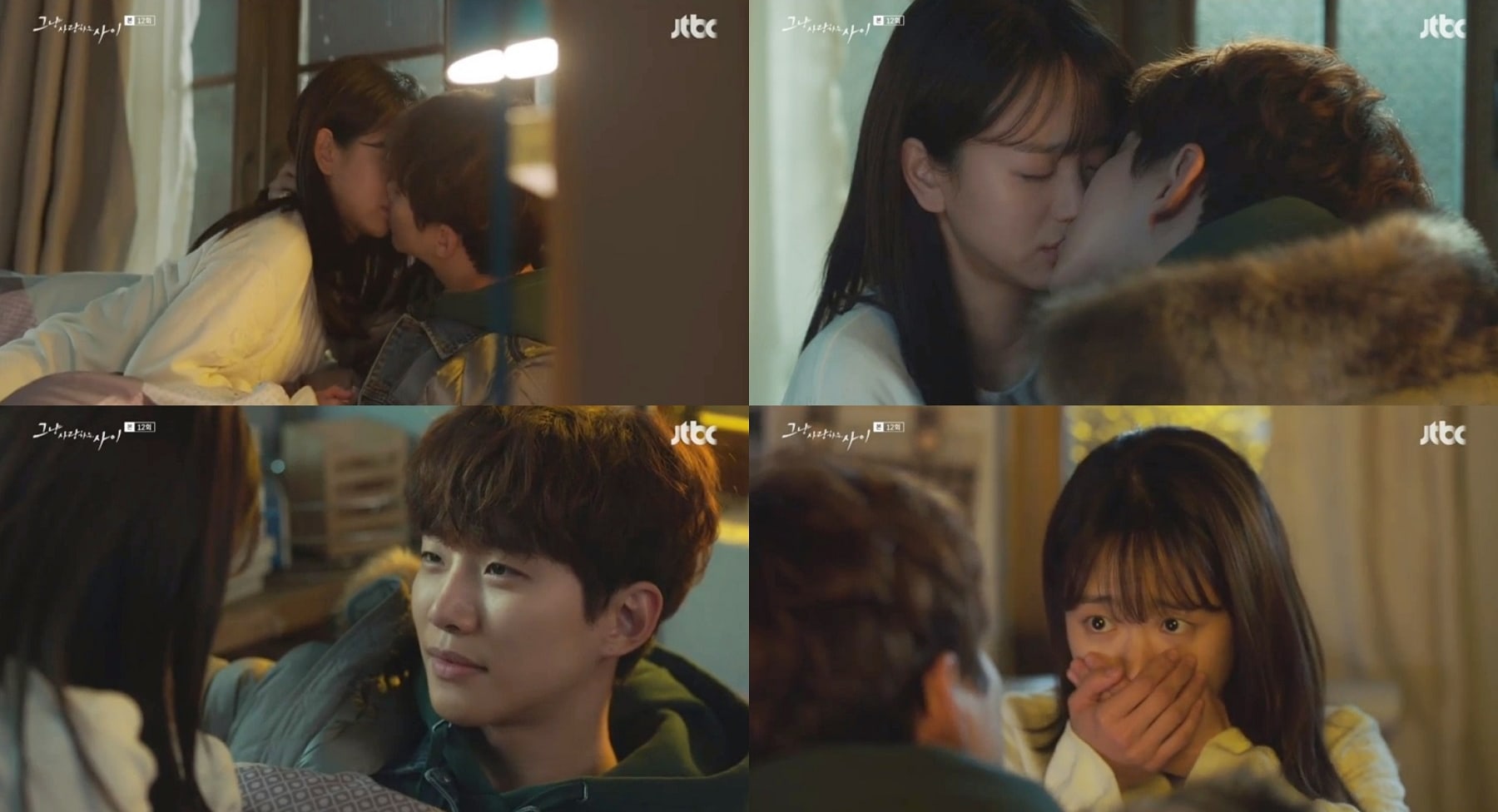 3. Grandma leaving after teaching Kang Doo the importance of an ordinary day (Episode 10)

Won Jin Ah explained, “I think Grandma, who took care of lonely people all of her life, probably had loneliness herself because her husband died before her. It was a sad but beautiful scene where she could feel the warmth from the people in her life so she wouldn’t be lonely. I also can’t forget how Kang Doo cried seeing that.” 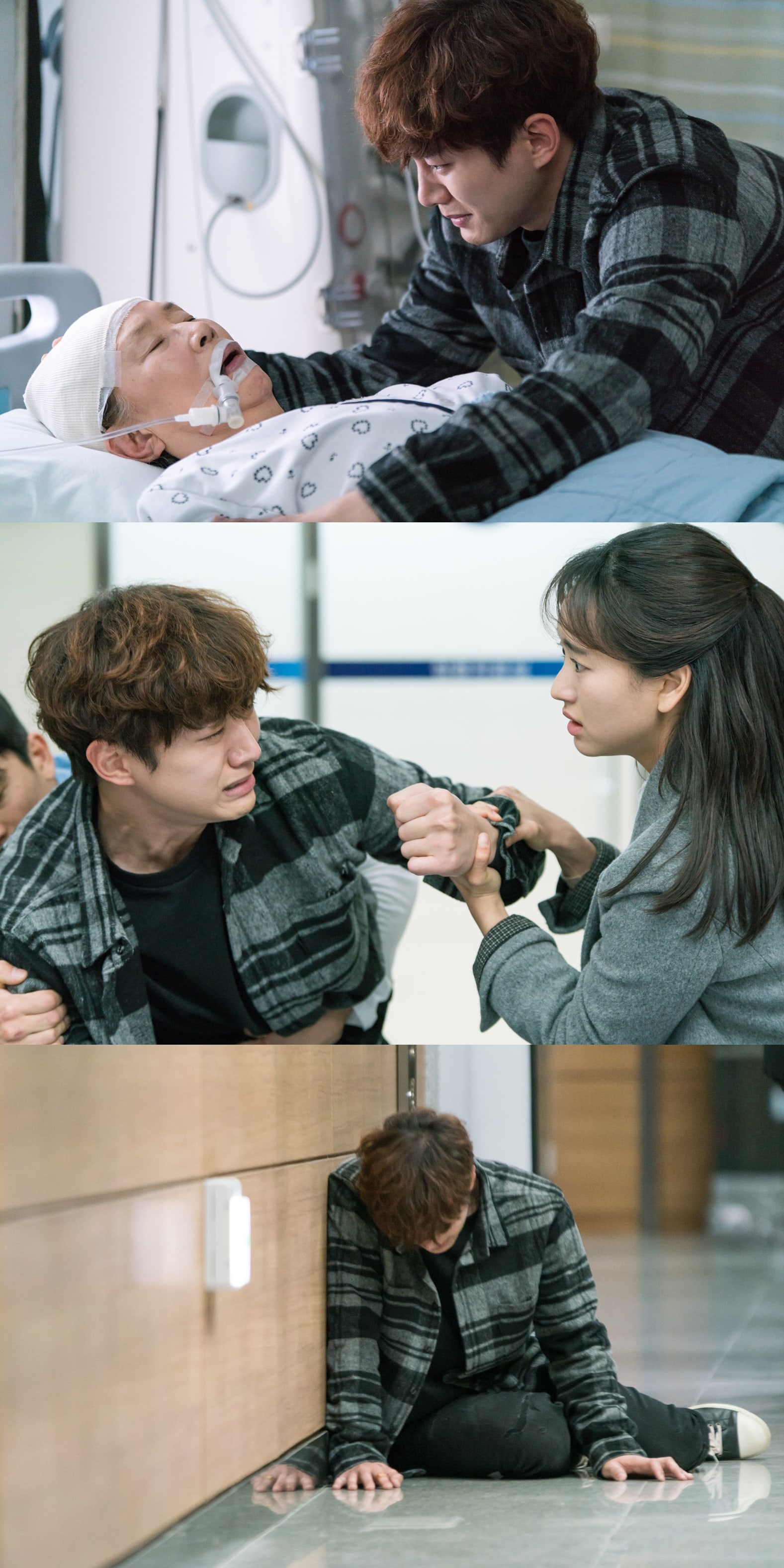 Won Jin Ah stated, “After they confirmed their feelings, there’s a scene where Kang Doo walks Moon Soo home.” Although Kang Doo pushed Moon Soo away at first because he thought he wasn’t good enough, he eventually came to accept love in his life.

Kang Doo wanted to follow through with Grandma’s dying wish which was “Be happy with all of your might.” After realizing that Moon Soo herself was his happiness, he said, “It’s nothing much. Happiness.” Won Jin Ah continued, “It was very cold and windy, so the filming lasted longer, but the scene came out beautifully. We used the beautiful night scenery of Busan as the background, crossed arms, blew on each other’s hands to keep them warm, and smiled at each other. The line also touched my heart.” 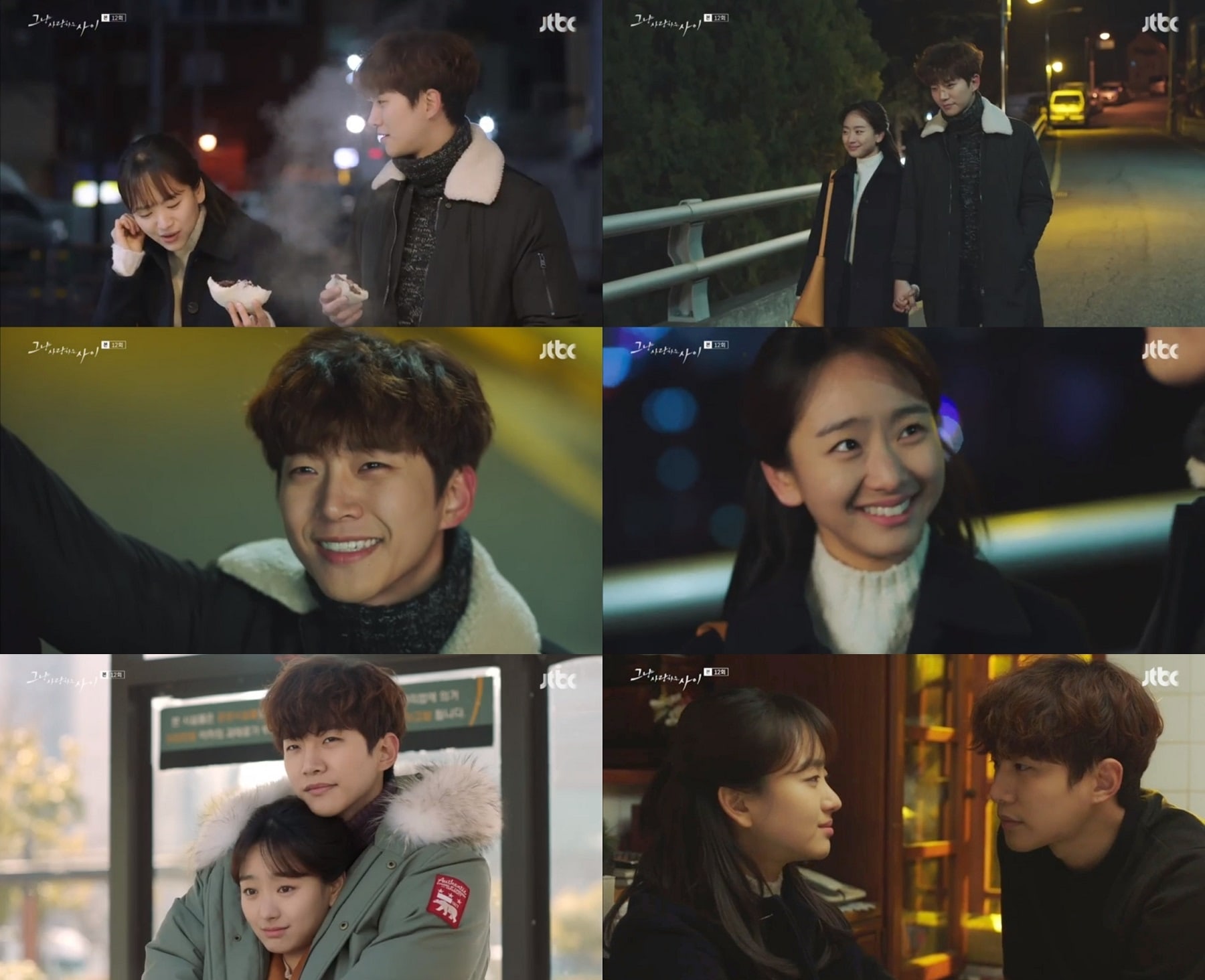 5. “If it wasn’t for that incident, then everything definitely would’ve been good.” (Episode 13)

Lee Ki Woo said, “There were many memorable scenes, but the scene where Kang Doo’s hopes became reality was memorable. Kang Doo who became a soccer player, Moon Soo who became an art director, and Ju Won and Yoo Jin who were in love and working as architects. All of these things could’ve been possible if the accident hadn’t occurred, and it made me sad.”

During this episode, Kang Doo stated, “If it wasn’t for that incident, then everything definitely would’ve been good, so we have to work hard to be happier than anyone else.” 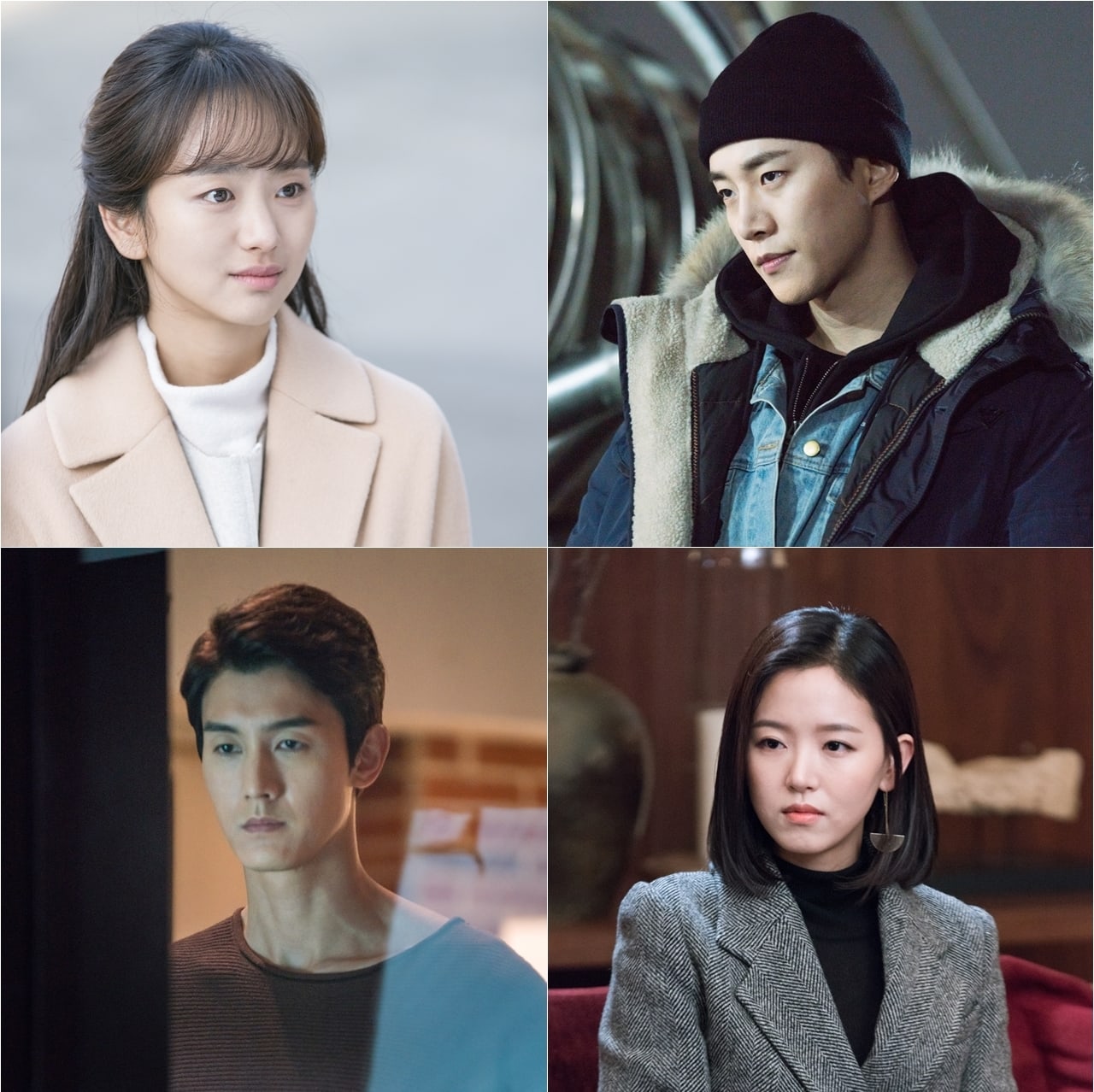 6. “Just because the sound of your cry is louder, it doesn’t mean your pain is greater.” (Episode 4)

Na Moon Hee used her experienced acting skills to make every scene shine. When Kang Doo envied Moon Soo who couldn’t remember anything about the accident, Grandma said, “How do you know she’s comfortable? Just because the sound of your cry is louder, it doesn’t mean your pain is greater.”

Her wise words shed light on the fact that everyone carried pain from their life despite showing it differently. Kang Han Na chose this scene and added, “Every scene of Na Moon Hee’s is a memorable scene. Every scene felt like a guide for life, so I felt consoled,” and expressed her respect for the actress. 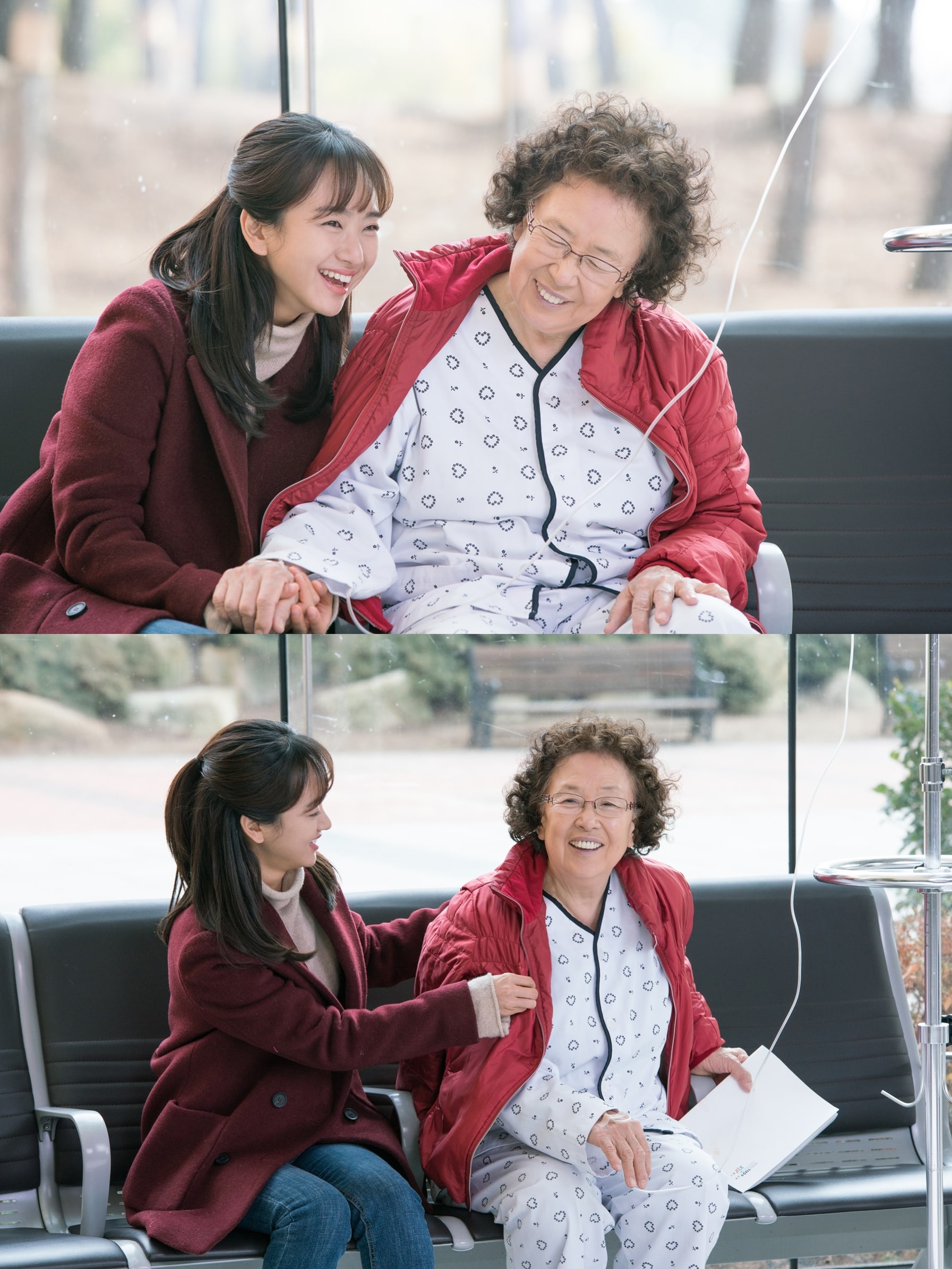