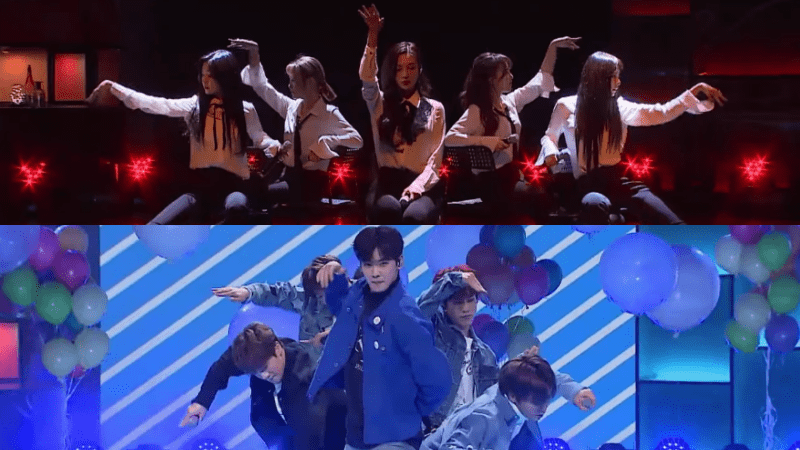 ASTRO and Red Velvet revamped some older classic hits with their own flair and impressed the audience and viewers alike!

On the January 28 episode of JTBC’s “Sugar Man 2,” veteran groups SeSeSe and K-POP made appearances. “Sugar Man 2” is a program that invites singers who no longer work publicly in the entertainment industry to come share how they’ve been and perform their old hits. Currently active singers are also invited to remake their seniors’ hits and the audience, made up of all ages, votes for their favorite performance.

K-POP was a dance group that promoted in the early 2000s, and were known not only for their moves, but also for their handsome, flower boy looks. After a short three-year period, the members went their separate ways to work in the steel industry, IT industry, the restaurant business, dance, and the automobile industry. SeSeSe was known as the “original girl crush group,” and their songs were often crowd favorites at night clubs. As with K-POP, the members of SeSeSe went down different paths. One works at the Dongdaemun Design Plaza (DDP), while the other two dedicated themselves to their families.

SeSeSe’s Lim Eun Sook made a somber confession, and shared that she has Stage 4 breast cancer. While her cancer spread not too long ago, she explained she made the decision to appear in order to keep a promise to she made to her daughter and because she wished to perform with her members again. The veteran also expressed her hopes that people who are suffering because of cancer would be able to gain strength and courage, and thanked everyone for allowing her to experience the happiness of being on stage again.

Current idol groups ASTRO and Red Velvet were given the mission of transforming K-POP’s and SeSeSe’s hits respectively. ASTRO put a modern twist on K-POP’s “Shadow,” displaying their talents in singing, dancing, and rapping.

Both groups’ performances were highly loved, and in the end, ASTRO took the win.

Red Velvet
ASTRO
Sugar Man 2
How does this article make you feel?